Here’s my interview of Patrick and his hybrid faith in Buddhism and Catholicism.

Born in San Francisco, raised (or made in) Hayward, CA, still live there and educator.

Why are you Buddhist/Catholic? Was the religion passed down? Did you discover it?

I kind of created Buddhist Catholic at a time of my life when I was pissed off with the Catholic Church and a lot of stuff. I have studied different faiths all of my life and they all come down to one thing and that is being the best person you can with good morals and ethics and pass them down.

What does it mean to be Buddhist/Catholic? What is unique about the faith?

That there are not a lot of us and many people say you can’t merge two religions but I always take a line from “Life of Pi” and that is “Faith is a house that has many rooms.” Too many don’t see the good in different religions and only want to see the bad. I believe that being spiritual is more important than any one religion. 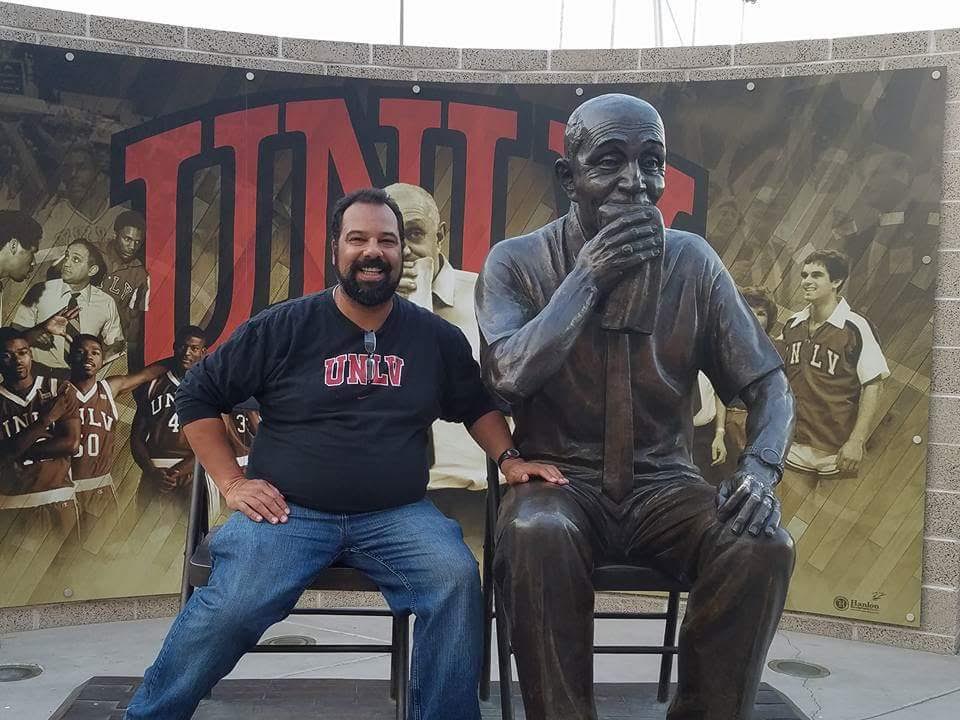 Tell me about the church / mass / practices / religious holidays.

I go to St. Columba in Oakland where they have a gospel Mass. The pastor–Fr. Aiden–says on their website: “First, let us welcome you and let you know how happy we are that you are here. All are welcome in this place, whatever your background.” I love that because we are all different and they are welcoming unlike some places that are very rigid.

I had heard great things about St. Columba and wanted to check it out. We attended once and can firmly vouch for the welcoming experience. If it were closer to where we lived, it would be our regular parish. Father Aiden is like an Irish Pope Francis. He is extremely enthusiastic and during the mass that we attended, he shook hands or hugged everyone who was there. It was unlike any Catholic mass I’ve ever experienced.

What are the pros and cons of Buddhism/Catholicism?

I find that it centers me and that is what I need. As for cons, people say I have no faith because I don’t believe in one. As I have said, I think that all faiths have the same basic underlying purpose and that is to make us better and good stewards of the Earth.

What are the misperceptions about Buddhism/Catholicism or its people?

I think that people have this weird view of Buddhism because it is not a Western  religion. That it is all about hippies and dope smokers. It is about finding peace within yourself and the world.

Do you try to convert people? 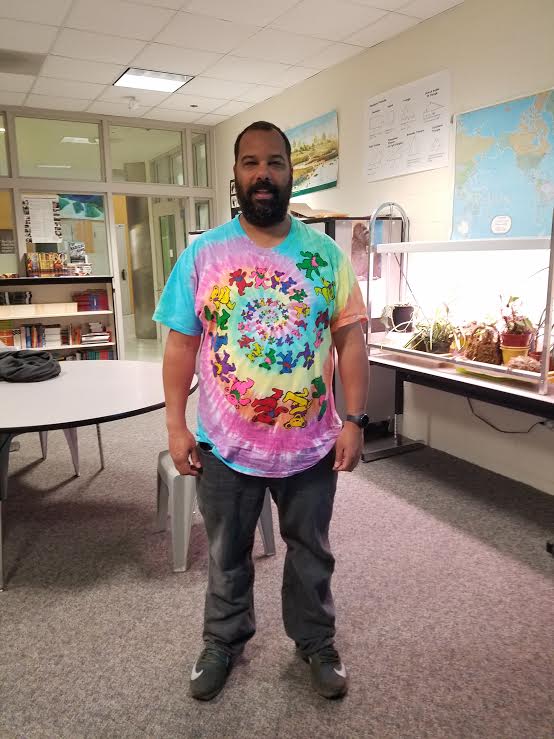 Have you passed the religion down to your children?

I have talked to my kiddos about finding peace and being a good person. Be true to themselves and realizing that they are not alone in the world. I have always told them that they need to find peace within themselves and try to live in peace with others.

I don’t really know. I do think we influence others and protect our loved ones after we are gone.

I guess that I am still here and not in jail, a drunk or addicted to any drugs.

Who in your religion do you admire or look up to?

I look up to people that are doing good works. I see the churches in San Francisco that open up their doors to the homeless. I am about faith in action. When people are helping others, that is who I am looking up to.

How has the Trump presidency affected you or your religion or your beliefs?

It has confirmed them. Religion is supposed to bring us together and not divide us. He has decided to use it to divide people. I saw a sign in a front lawn that I posted on Facebook and a partial part of it is “No human is illegal, Love is Love and Kindness is Everything.” I really believe that and that Trump is going the wrong way on things.

What questions do you have about other religions?

How can people pick and choose what they want in the Bible.  I hear people all the time quoting the Bible but are greedy and would be willing to screw others for that promotion or advancement in their careers. I see it happening all the time. 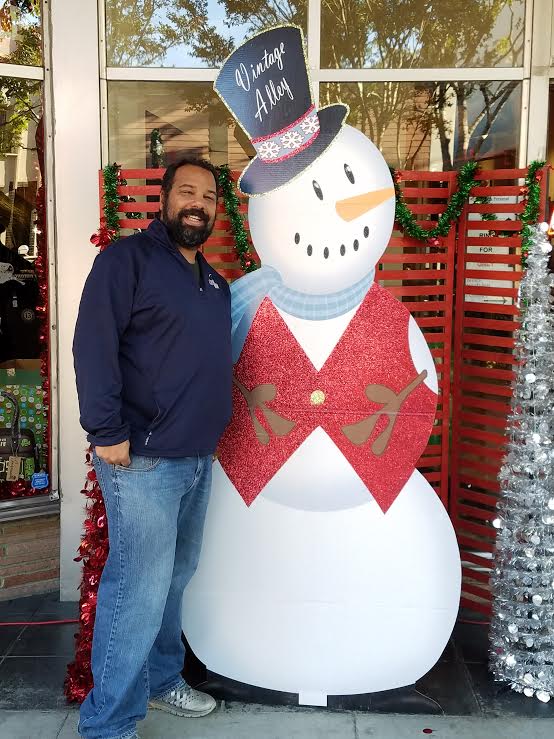 That I merged faiths for me and that it is my faith and that whatever works for you is the way to go.

What are the differences between Buddhism and Catholicism?

The biggest difference is that Buddhism claims no deity while in Catholicism the deity is God.

Buddhism has a variety of holy books including the Dhammapada while Catholicism has just one–The Bible.

Buddhism believes that happiness or Nirvana is the detachment from worldly goods and desires and is reached through following the Noble Eightfold Path:

Catholicism believes in Jesus who entered the world to save us from sins and his death and resurrection made eternal life possible for others. Buddhism believes that all living beings possess the potential for spiritual growth. Living things after death are reborn and continue to exist.

“Let him not desire what he has received, nor should he live envying the gain of others. The disciple who envies the gains of others does not attain concentration.” –Dhammapada 365

How is St. Columba different from other parishes you have visited or attended?

It is different because it is about people. I remember when I was just Catholic and with my ex (We were married at the time). The pastor gave a screwed up sermon about how you need to keep your little kids at home because they make too much noise. I thought “What the Frig” because my daughter was like four months old. It wasn’t very friendly like a lot of Catholic Churches I have attended. The word inviting is not in a lot of Catholic Churches vocab. Being an African-American I have received some cold shoulders at different Masses in different churches I have attended in my life.

“Most Catholics are familiar with two kinds of Peace:

Catholic Chess: Where you act like a King chess piece and only give peace to people immediately around you. That is not us. We are “Roamin’ Catholics”. We will mingle around and greet lots of people until the piano starts playing. It’s like the awards shows where the band starts to let you know your time is up. About a third of us circulate and the rest stand by to receive.”

People there make you feel at ease no matter what your beliefs are, what sexual preferences are, the hue or color of your skin, your income level, they don’t care. Fr. Aiden roams around before mass saying hello to everyone and is just happy that you are there.

Also, the homily is conducted  in a way that ties in the readings with current events in our community, social justice and other Catholic teachings, and the world around us. Fr. Aiden wants people to join in and he wants leave you challenged, hopeful, and with a better understanding of who and whose you are.

If someone wanted to learn more about being Buddhist/Catholic, what resource(s) would you point them to?

Go the library and check out books and study. Talk to people and ask questions.  Go to different meetings and churches. Explore. That is what I did. It takes work but if you investigate you will find the answers you need.

Thank you so much, Patrick! You inspire me to be a better Catholic.

Here’s a link to Patrick’s blog, where he writes and shares pictures of all the hidden gems in the Bay Area.