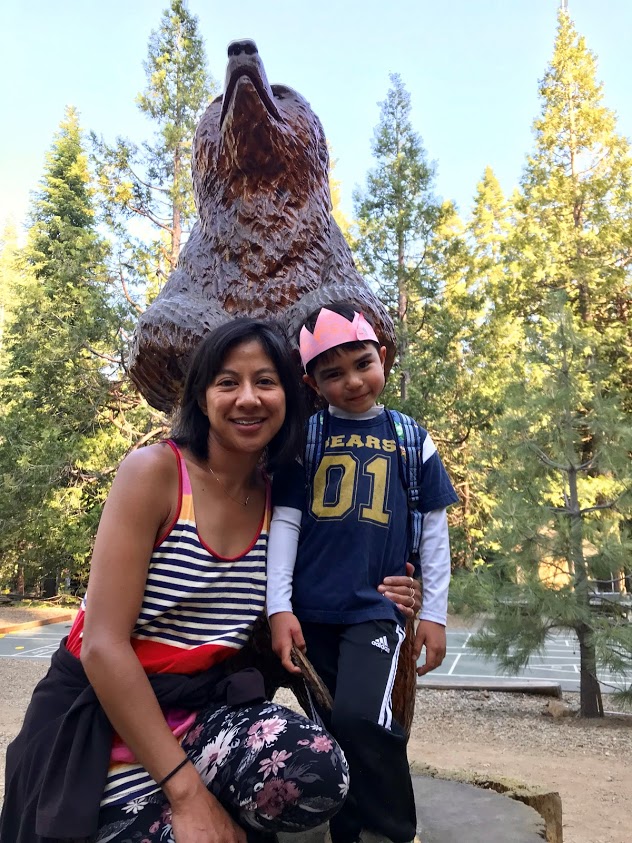 The Lair of the Golden Bear is UC Berkeley’s family camp located in Pinecrest, CA, which is between Tahoe and Yosemite, and a 3-hour drive from San Francisco. Note that you don’t have to be a Cal alum to camp. I’d always known about the Lair. You’d think probably because I’m a Cal grad, although there are plenty of Cal grads who don’t even know about it. Maybe because I was a forestry minor and I remember a few of my classmates talking about it. Either way, I’ve always had in the back of my head that one day I’d take my family there.

Well this was the year. I figured that 5 years old was a good age to indoctrinate Franco with Cal spirit over the course of one week. Franco did great. Me? Well let’s just say that I’ve gotten soft in my old age!

The summer I minored in Forestry, I turned 21. I spent three whole months away at Cal Forestry Camp (near Quincy, CA, 2 hours east of Chico), and there were several nights I opted to sleep outside in a sleeping bag in a meadow or surrounded by trees–no tent, no air mattress! God, I used to be made of steel.

Not anymore. I am psychotically sensitive to noise, which doesn’t bode well for the Lair environment. On our first night, a drunk, first-time camper screamed for a good 10-15 minutes around 1am. Half the people I asked the next morning said they hadn’t even heard! WTF! We were hillside, away from the action and his location, but it was still very audible. It didn’t help when legacy campers said that had never happened in the history of the Lair. Yet it happened on our very first night! The following night, a kid in a nearby cabin literally had the croup. Practically hacked up his innards for a good hour. Thank God I brought sleeping pills; I took them every night thereafter. We also brought a white noise machine which seemed to work for Dean and Franco.

There were mosquitoes. I swelled up from bites, despite bathing in DEET. While completing the Lair survey post-camp, I commented, “Have you considered reducing the camp duration to 6 versus 7 nights?” Seven nights is a long time. The last time we went on vacation for that long was when Dean and I went to Paris a few years ago for 10 nights total…for international travel!

I’ll set my minor complaints aside, for a moment, since my son is my life. Franco absolutely loved it. After the first night, he returned to our cabin, pleading, “Mommy, when I’m older I want to work at Cal Camp.” 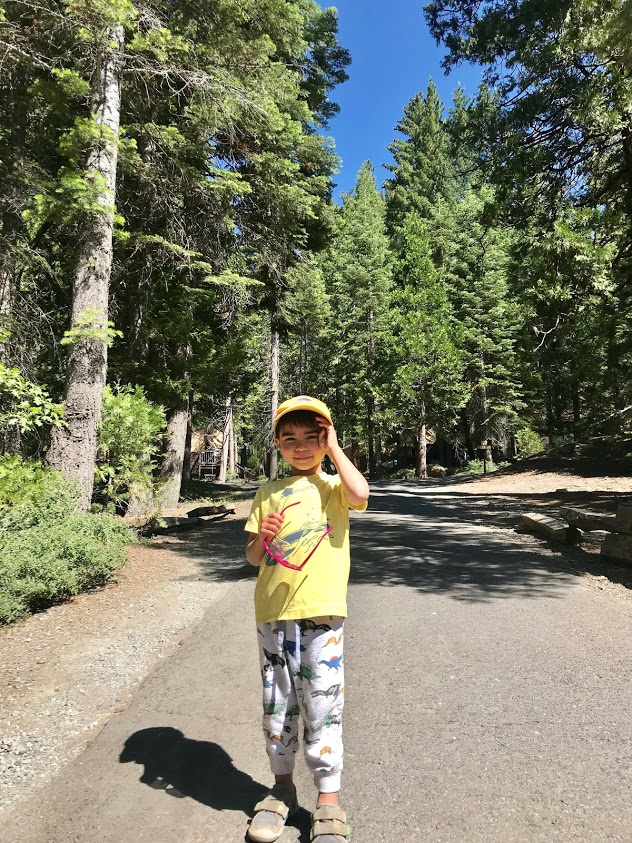 I viewed this as the perfect teaching moment. “Franco, you can, but you’ll have to work really hard. These students are the best of the best. They’re the top of their class. If you work hard and study hard, you can work at the Lair too.”

I should put an asterisk here that not all the camp staff are Cal students. It used to be a requirement, but it’s so damn hard to get into Cal, that half the staff come from other schools. I should put a second asterisk here that the best students are probably making bank doing internships at Microsoft or Goldman Sachs versus making pottery with my son.

Nevertheless, the staffers are AMAZE-BALLS, so much so that campers were literally handing out business cards to the college students. I was so impressed with one kid that I told him if ever he needed anything (networking contacts, a job) to call me. Franco loved the staff. He showered them with hugs, and was always holding someone’s hand.

So here’s where I’ll get into what makes the Lair unique, which is the combination of the excellent staff and the programming. There are activities galore: swimming, tennis, basketball, yoga, hiking, massage, music, art. And the kids have their own dedicated cohort and directors: Kub Korral (2-5 years), 6 & 7’s, 8 & 9’s, Preteen and Teens. There are morning and afternoon activities, and sometimes evening events. Parents drop their kids off, all the kids bond, and for the most part, you have a pretty relaxed, quasi-child-free vacation. 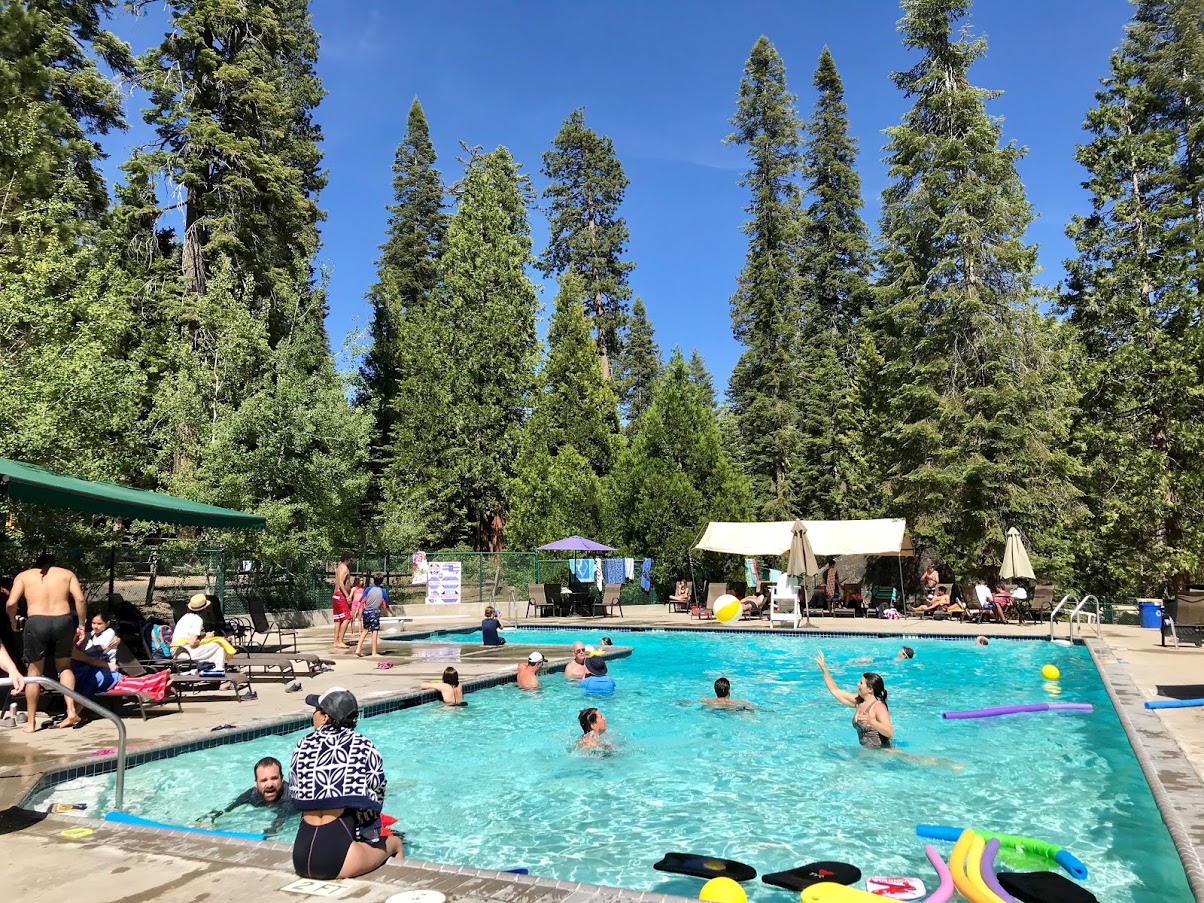 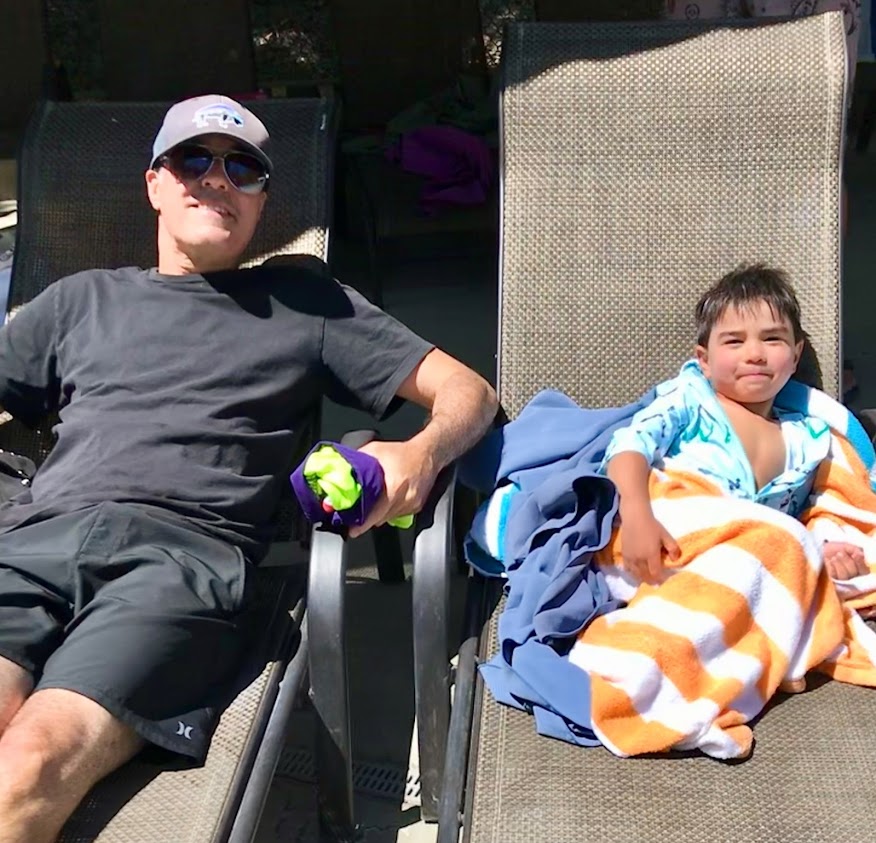 The evening performances were hilarious: welcome campfire, hootenanny and the farewell campfire. The students do skits that are even funnier than SNL. I laughed so hard. There was also the wacky Sunday pool show and family disco bingo. And what’s special about Week 4 was the tri-camp 4th of July carnival. We were in Camp Blue, but there’s also Camp Gold and Camp Oski. The evening shows go until 9pm, which means you’re not getting your kids in bed until 9:30-10:00pm. In the morning, you would see parents bringing food from the dining hall back to their tents where kids were sleeping in. 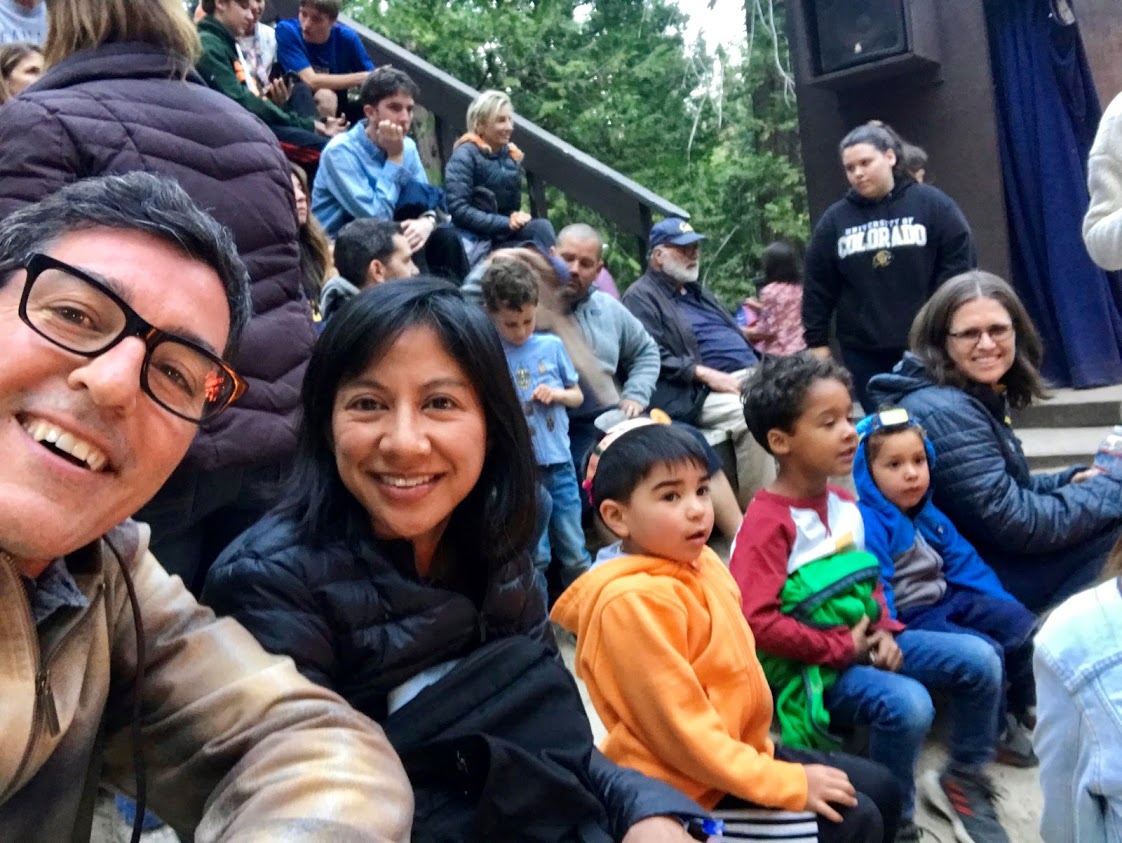 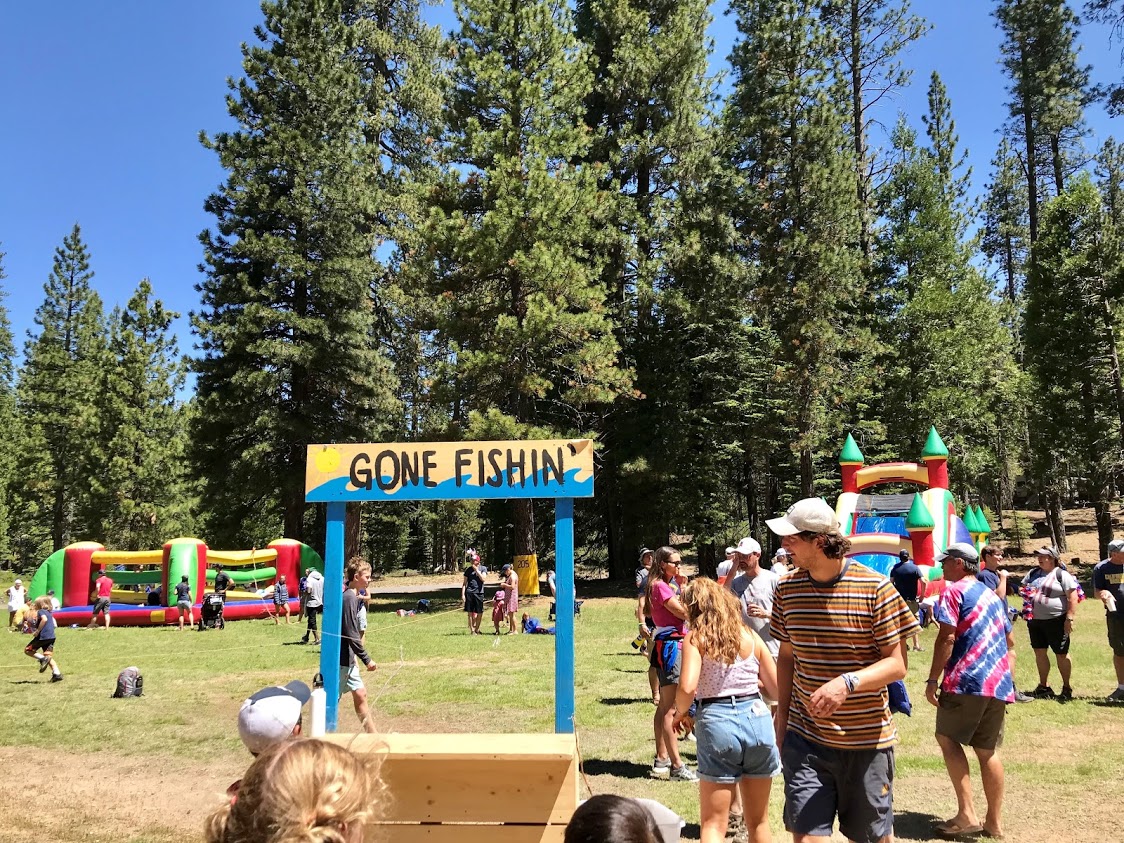 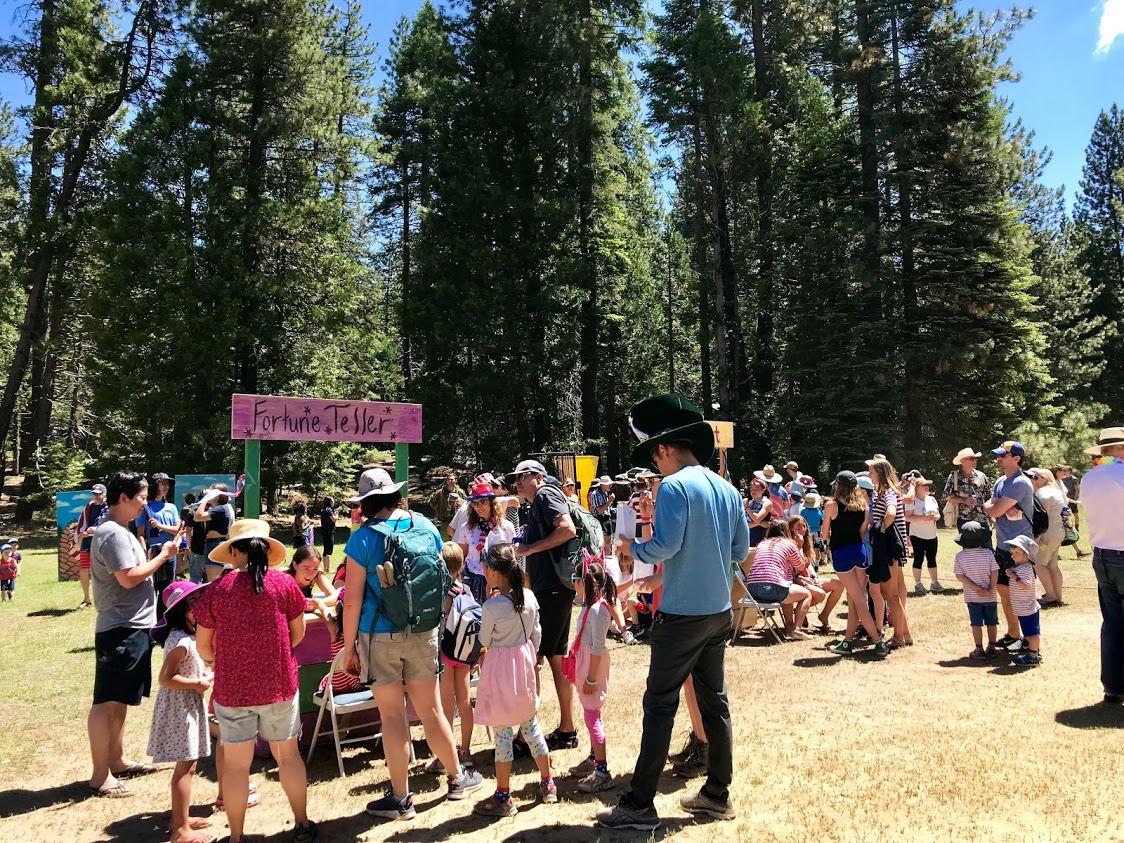 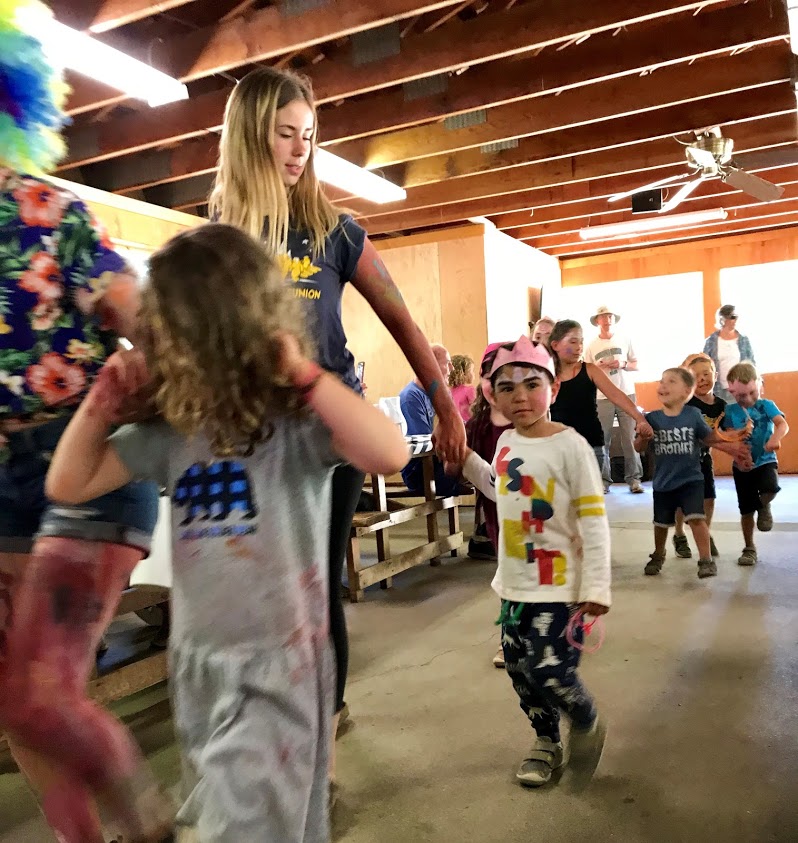 My intention for the vacation was to read, and read I did. I read in the lounge and by the pool. I did some light hiking. Dean and I played a game of Scrabble. There’s also a lot of hanging out and drinking. Someone hosted a blind wine tasting which was super fun. Unless you have Verizon, cell reception doesn’t work, which is actually pretty nice. If necessary, you can connect to wifi at the lounge. 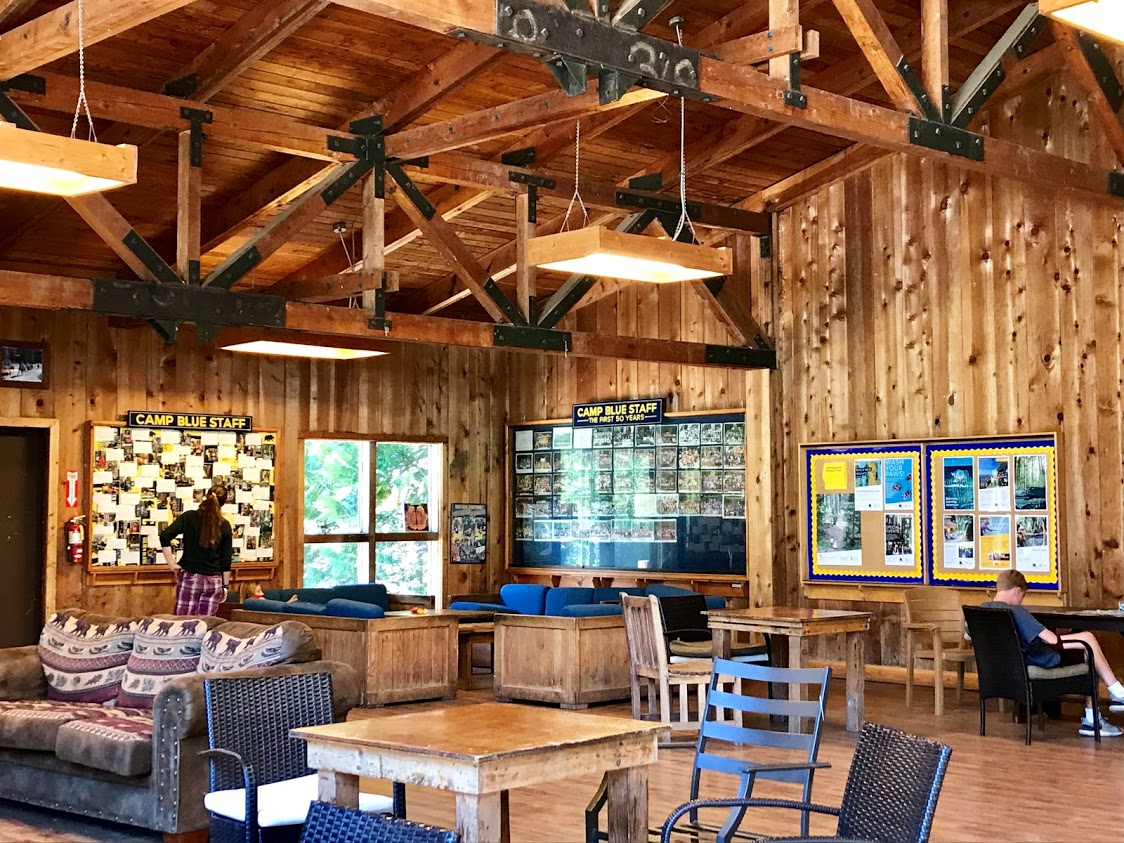 The environment is extremely respectful and safe. Your tented cabin doesn’t lock. The “door” is a flap of canvas. You put your toiletries in a cubby in the closest communal bathroom. Towels are strewn over the pool fence. I found a $100 bill near the pool, asked the people sitting next to me if it was theirs, and one of them took the dollar bill, and went around to everyone else at the pool asking if they had dropped it. Crazy honor system going on at the Lair!

The meals are included and decent to pretty good. I felt like the dinners were always excellent. Someone rings a bell to alert the camp that food is served. There’s also the Lair Bean where you can purchase coffee drinks and smoothies in the morning. I started going there for a large hot chocolate every morning in lieu of breakfast. And for late nights, there’s the Burger Shack inside the lounge. Franco liked their hot dogs. There’s also a camp store where you can sign up for massages or buy Cal apparel or treat your kid to ice-cream. This is also where you pay your bill at the end of camp and tip the fabulous staff!

Obviously, we are heading back next year! It’s all about letting kids be kids and being out in nature and making friends. Franco made such wonderful connections and we are looking forward to making the Lair a family tradition.

What to bring to camp (aside from the typical packing list): 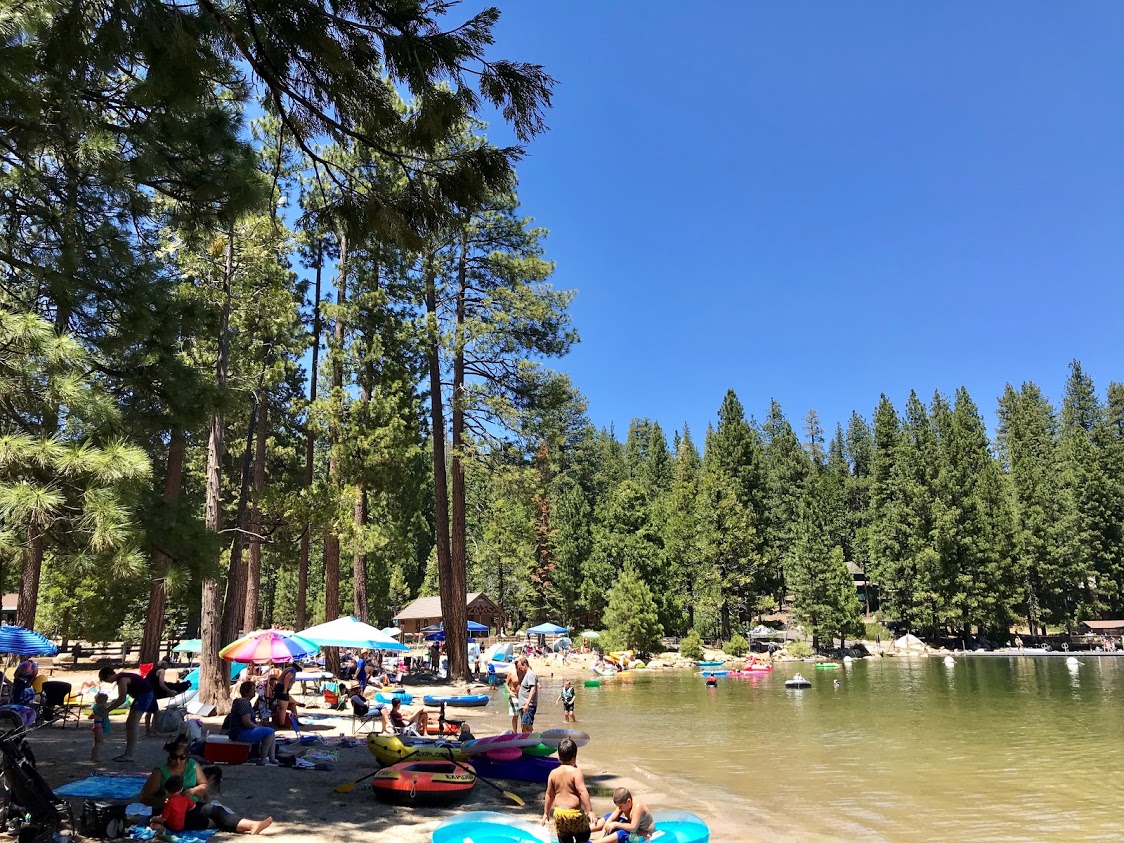 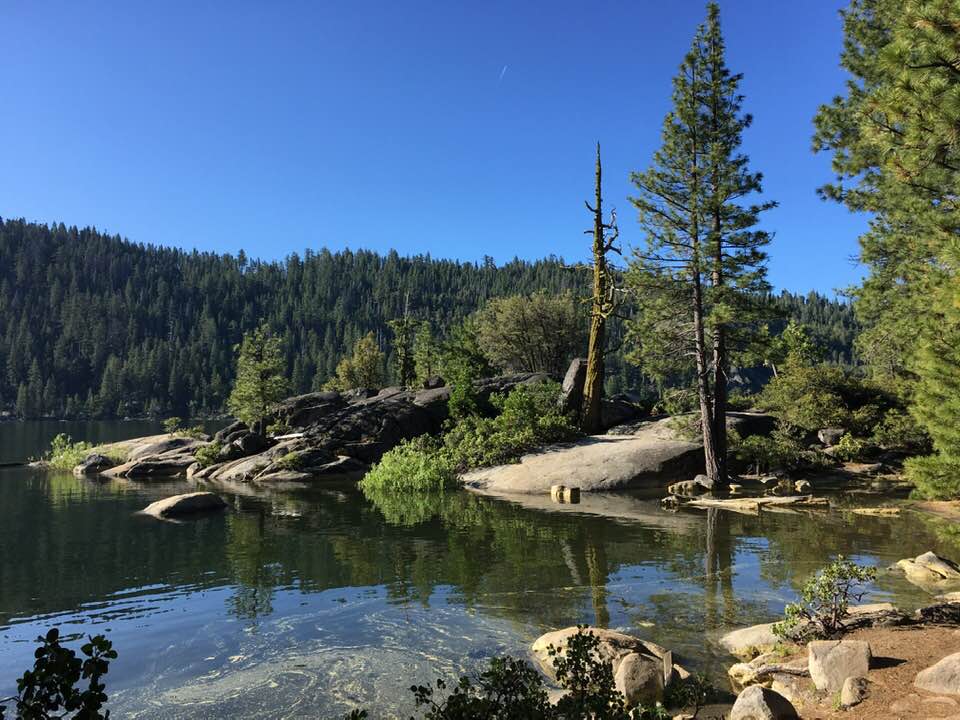 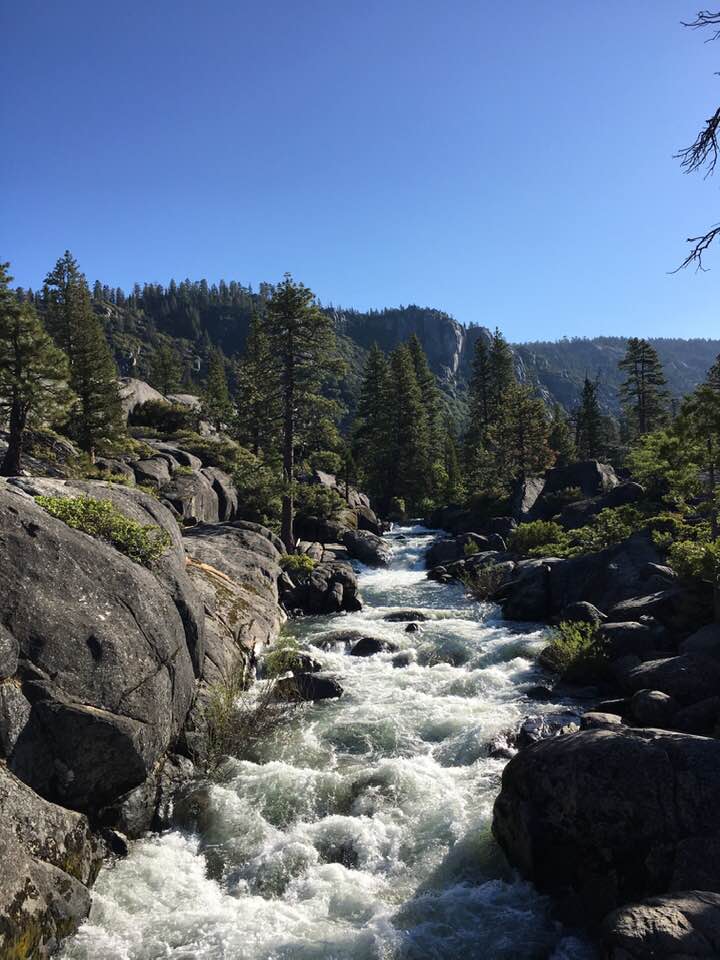