I don’t know how to swim. Whenever I tell people this, I’m often quizzed with “What do you mean you can’t swim?”

Here’s how I like to think of it. If a boat capsized in the middle of the Atlantic Ocean, would I be able to survive without any flotation device for the next hour until I was rescued? The answer is a violent no.

Despite spending a lot of time in pools when I was a kid, over time, I have lost the ability to swim. Also just because you spend a lot of time in the pool doesn’t mean you learn technique. Dog paddling is not a technique! That’s like saying if you bang on the keyboard enough, you know how to play the piano.

I also learned in my early teens that I’m allergic to chlorine. Swimming in a pool or even in the ocean which has trace amounts of chlorine would result in a rash all over my body. The only way I could avoid a rash was by swimming in reservoirs. How convenient!

I may have outgrown the allergy. I’m actually not sure, but now I just do a vigorous scrub in the shower as soon as I’m out of the pool. No more rashes, but I still can’t swim.

How can you resist this pool at the vacation home we rented in Palm Springs? Heaven all to ourselves. 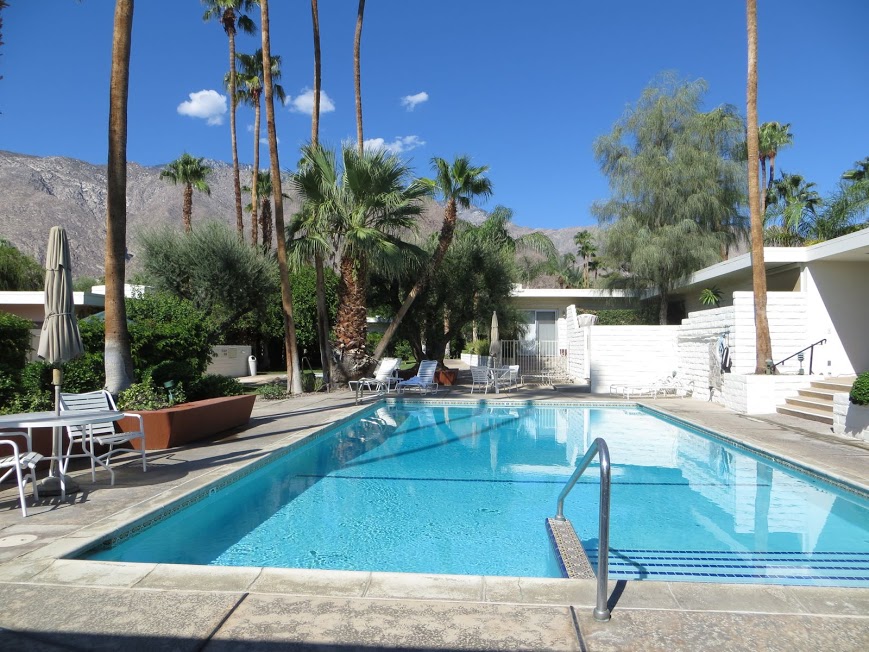 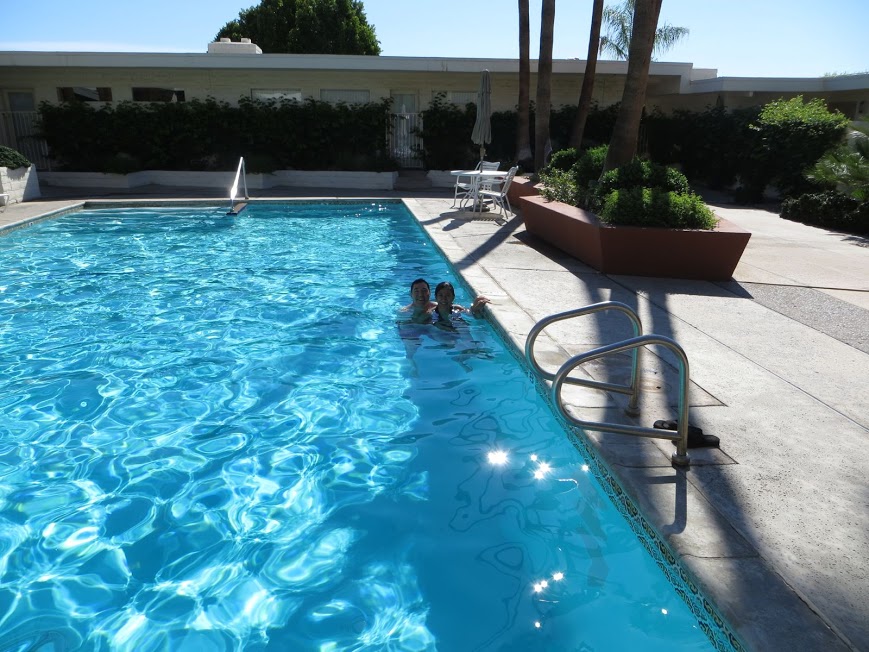 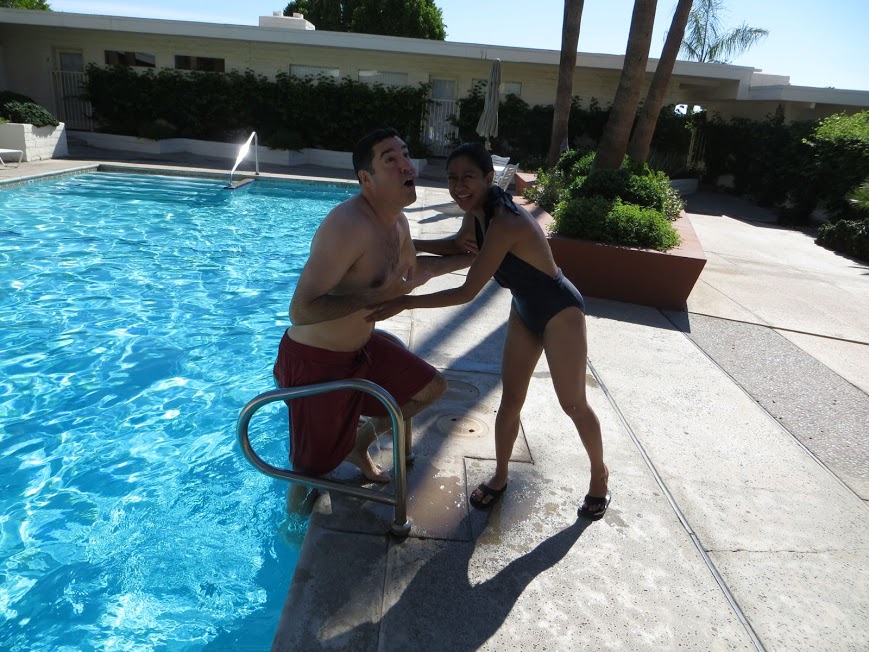 What about you? Can you swim?

Can you survive a capsized boat?