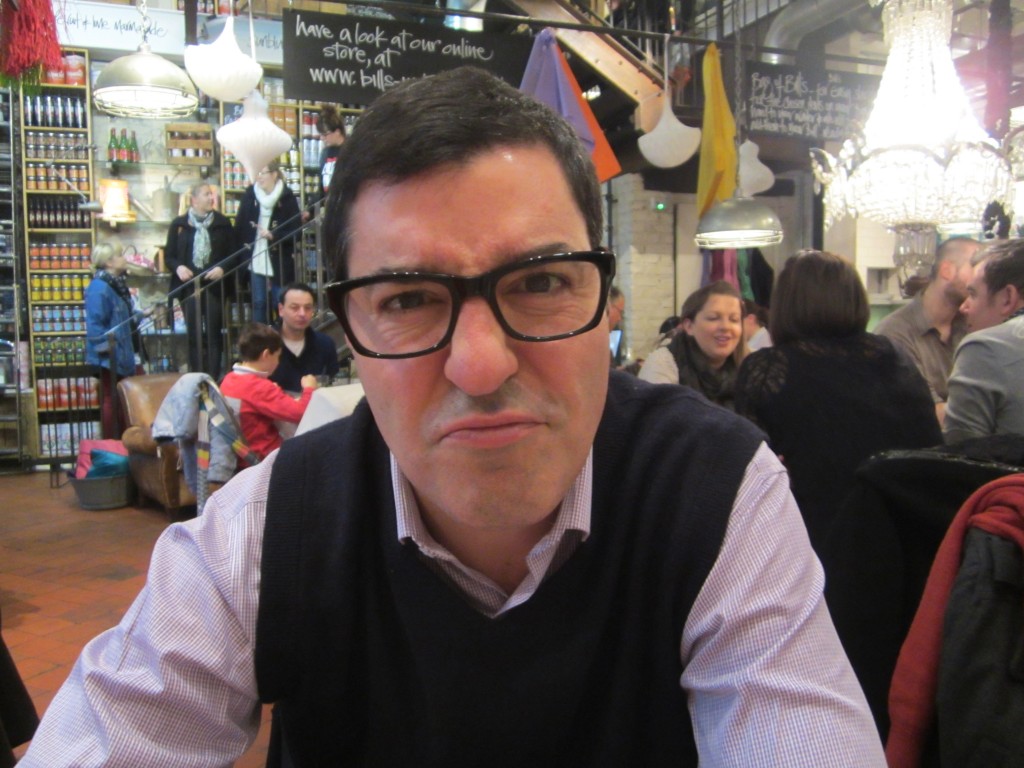 In lieu of ‘big’ or ‘fat,’ people say ‘massive.’ So when we got to London, I resorted to calling Keith massive. Or such and such building is massive. The Tate Modern is massive.

They also say ‘loads’ instead of ‘a lot.’ For example, I asked the waiter if he thought we had ordered too much food. He said, we didn’t have loads.

The standard British greeting is “You alright?” Whereas Americans say, “Hi” or “Hey,” they say, “Are you alright?”

Brits are much more civilized than Americans. Way more polite. When the underground train stalled for a few minutes, no one had a conniption. Everyone was very calm and nonplussed. Even the vagrants don’t bother you or ask for change.

This was a very interesting one for me: from what I gather, they don’t call their in-laws ‘mom’ or dad.’ They refer to them by their first name. It would be like Dean calling my parents Rino and Linda. Odd, huh? When I first got engaged, it obviously takes some getting used to, but I can’t imagine Dean or me calling our parents anything other than Mom or Dad. I did catch a friend, once, refer to his in-laws as Mr. and Mrs. X even after several years of having married their daughter, and I thought that was very very odd!