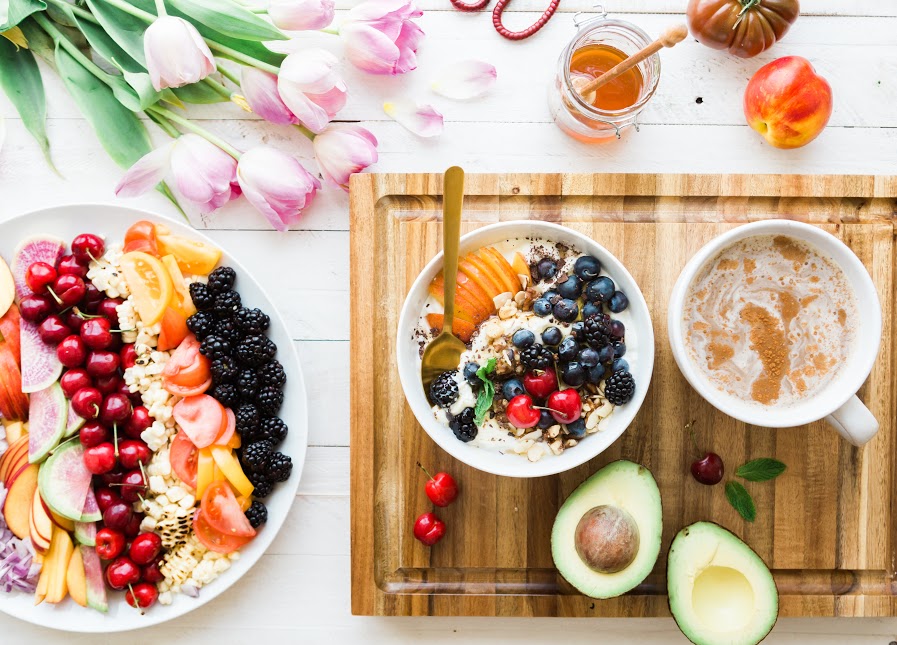 For the month of January, Dean and I participated in a weight loss challenge with other couples in our town. Entry was $40 with a winner for men, women and couple splitting the pot based on percentage weight loss.

As an added incentive, the loser in each category has to babysit one night for the winner. You could opt out of that, which we did. If we won, I wouldn’t take advantage of it because Franco doesn’t easily integrate unless he’s very familiar with the kids. And if we lost, I didn’t think it was fair for us since we only have one kid, while some parents have three kids. I don’t want to babysit my own rugrat in addition to three others!

Most people wondered why in God’s name I would sign up to lose weight when I’m already petite. And to those people I say, because I’m a competitive MoFo. I like competitions. I’m incented by money. And I love to win.

Coming off of the holidays, I was about 90 pounds. In order to win, I figured I could gain a lot of weight prior to the start, then come down into the mid-80s at the finish. That was the strategy.

I embarked on a no holds barred eating schedule about one week prior to the first weigh in. We were also on vacation which allowed me to start my day with a Starbucks venti hot chocolate, then stuff my face for breakfast, lunch and dinner (lots of carbs), and supplement with tubs of Trader Joe’s peanut butter chocolate cups that I packed with me.

I came in at 92.8 pounds on my first weigh-in. Womp-womp. I didn’t gain as much as I wanted, but figured I could still pull through by losing a total of 6-7 pounds. We had weekly weigh-ins (honor system) and emailed our weights to the coordinator.

I ditched my daily Starbucks fix. Instead, for breakfast, I’d have sugar-free yogurt, but add honey for flavor: vanilla flavor Siggi’s. Check it out. It’s good for you.

I’m kinda addicted to my homemade salad: one head of romaine lettuce, tomatoes, hard-boiled egg, crumbled blue cheese, bell peppers, any leftovers in the fridge, and a massive smothering of dressing. I like caesar or blue cheese dressing. I like my lunch to be super heavy, filling and the biggest meal of my day.

I stopped drinking calories. Seriously. I gave up alcohol, coconut water, and the occasional orange juice. I also gave up a lot of sugar like cookies, cake, and ice-cream.

Of course there were a few slips here and there with parties or work travel, but for the most part I was really good about what I ate and drank.

Here’s what I learned. I’ve never been so incented to be healthy. Because…why would you? Unless a doctor says you’re going to die unless you change your eating habits, what’s the incentive?

Knowing that I had to weigh in every Friday and that my weight was going to be measured against others, made me think about the goal (to win) vs the momentary high of a hot chocolate.

I think more people should do this! Join a competition or tell other people to hold you accountable for your goals. Make your goals public.

I also saved a ton of money. We were so surprised when we went out to restaurants and had reduced bills because we stopped drinking alcohol. Cha-ching!

As you can see from the graph below, Emily must have amputated an arm or a leg because she blew well past the rest of us. Midway through the competition, I was pretty much like WTF how can someone lose 6% in two weeks?! Resigned to lose, I ended at 89.0 pounds, which put me in 7th out of 9 people. I have never done that poorly in a competition ever!

Oh well. C’est la free. Yes I am free to go back to my bad habits! It’s only been a couple days post-competition and you can find me at Starbucks guzzling those venti hot chocolates. Because, yes, I’m kinda addicted. 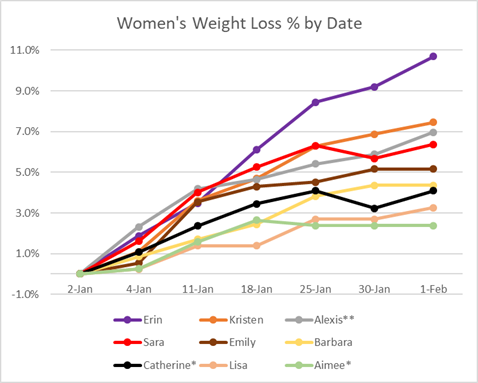