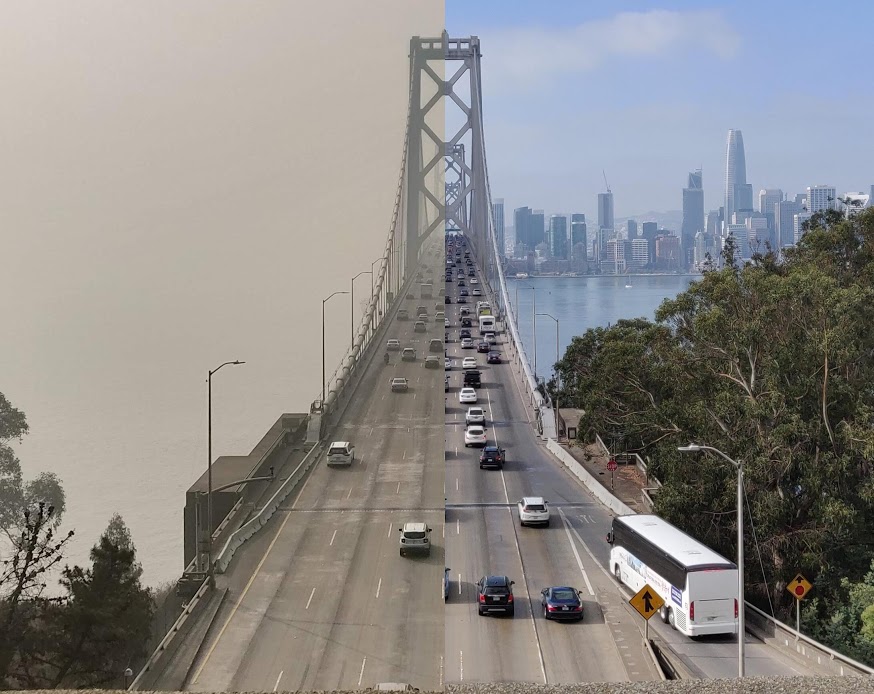 For the past two weeks, Northern California and San Francisco Bay Area residents have been inhaling toxic air resulting from the deadliest fire in California’s history. Named after the road where the fire originated, the Camp Fire obliterated the town of Paradise and impacted numerous communities. The death toll is currently at 83 with many hundreds unaccounted for.

Even though we live 180 miles south of the fire, we could still smell the reek almost immediately. The air quality bounced between red (unhealthy) to purple (very unhealthy). It was so much worse than the wine country fires last year.

Face masks sold out. Air purifiers were in demand. Schools closed. Everyone stayed indoors, or made a beeline to Tahoe for fresh air. We made a last-minute decision to try and go in the opposite direction, toward Monterey/Carmel, but could not find a single hotel vacancy. We settled for a local hotel with an indoor pool so that Franco could play and get some of his energy out. I feel truly privileged that we have options and resources, including a travel agent who dialed for dollars while I focused on work.

I don’t know that these are directly related, but I came down with laryngitis and am now on antibiotics. Franco has also been sick and has been throwing up the past couple days. The doctor thinks he has a stomach virus.

What we are dealing with is nothing in comparison to those who have lost loved ones or everything they owned! I have been struggling with how to help and finally got my act together and did some research.

Here’s how you can help those who have been impacted by the Camp Fire.

I refuse to shop on Black Friday. I certainly don’t need any merchandise, nor does my son, who has more than enough toys to go around! Let’s take that money and help those in need. I’ve made donations to all of the above and hope you’ll consider helping those who have been devastated by the Camp Fire in addition to your favorite charities. Happy Thanksgiving to you all!