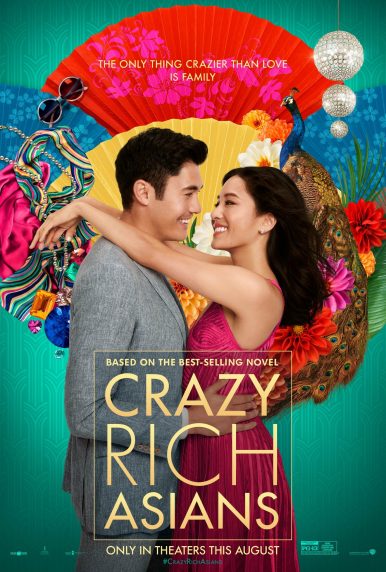 I am all about diversity and learning about other cultures. My whole life I’ve worked hard to be open-minded and continue to broaden my perspective. In terms of movies, I’ve loved Precious, Brokeback Mountain, City of God, The Help, Slumdog Millionaire, Moonlight, Lion, Black Panther. I liked The Joy Luck Club, although I much preferred Crouching Tiger, Hidden Dragon which is a Chinese film vs American.

My point is after predominantly watching and enjoying films about other cultures, I was more than ready to see an American film with an all-Asian cast. Anyone remember the uproar when Emma Stone was cast as the half-Asian lead in the failed Aloha movie? Thumbs down!

Nevertheless, I’m discerning and protective of my time (one of my most precious resources). I watched the Crazy Rich Asians trailer and lost interest. It looked predictable and boring. I can’t sit through two hours of boring! I figured I’d wait until DVD, but friends whose opinions I respect said the movie was worth it.

So off I went to the theater with my white husband who openly cried. I might have gotten misty-eyed myself during the mahjong scene when the protective mother (I can relate!) spars with her son’s girlfriend. (I seriously saw myself projected into the future. No one will ever be good enough for my son.)

The actress Michelle Yeoh who plays the mother never disappoints. Loved her the most. Also, so proud of the two Filipino actors in the film: Nico Santos as the gay, design-minded cousin and Kris Aquino as Princess Intan. Note that Kris Aquino is the daughter of Benigno Aquino (assassinated Philippines Senator) and Corazon Aquino (former Philippines President).

I could also relate to the main character Rachel, as a middle-class, educated, second-generation American.

Why You Should See the ‘Movie Crazy Rich Asians’

You should see the film because it’s important to learn about other cultures! If you’re non-Asian, you’ll be transported to the beautiful high-rises and beaches of Singapore. I’ve been to Singapore. I went to the zoo and did a lot of shopping, but I didn’t get to experience the Singapore depicted in the movie. I want to go back! If you love fashion and travel, this film’s for you. If you’re a single mom like Mindy Kaling, you’ll be bawling. If you like the show Silicon Valley, you’ll laugh at the actor Jimmy O. Yang’s antics.

If you’re any type of Asian, you’re going to relate, especially seeing your own kind on the big screen. Plus, it’s important to support our narrative. According to the U.S. Census Bureau, Asian Americans are the fastest growing minority population. We have influence and power that can be amplified by where we spend our money. After the Labor Day Weekend, the movie has grossed $137 million globally with more upcoming international releases.

This movie has all the feels. It’s about identity, family, empowerment. But most of all, it’s about love!

I especially love this letter that the Director of ‘Crazy Rich Asians’ wrote to Coldplay, after initial rejection, asking for permission to use the song ‘Yellow.’

“I know as an artist it’s always difficult to decide when it’s ok to attach your art to someone else’s–and I am sure in most instances you are inclined to say no. However, I do believe this project is special. I do believe this is a unique situation in which the first Hollywood studio film, with an All-Asian cast is not playing stereotypes or side-players, but romantic and comedic leads. It will give a whole generation of Asian-Americans, and others, the same sense of pride I got when I heard your song. I know it’s recontextualized but I think that’s what makes it powerful. I want all of them to have an anthem that makes them feel as beautiful as your words and melody made me feel when I needed it most.”

And because I always get a kick out of this picture. Here is my Crazy Enriching Diverse bridal party with gender parity! 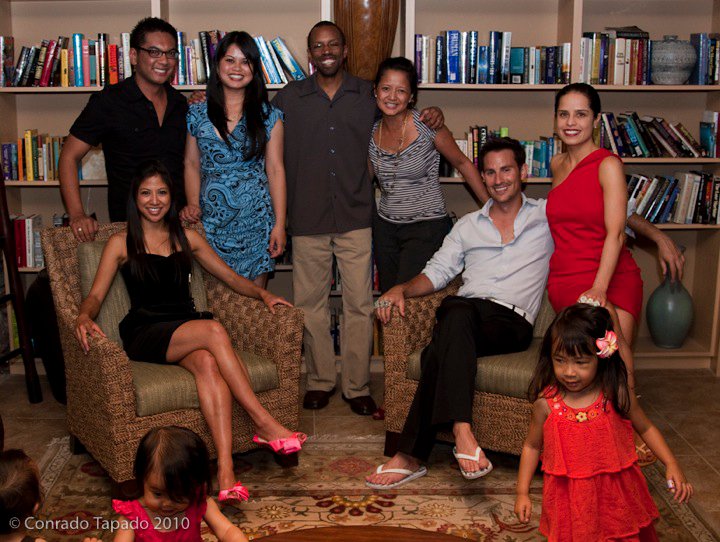