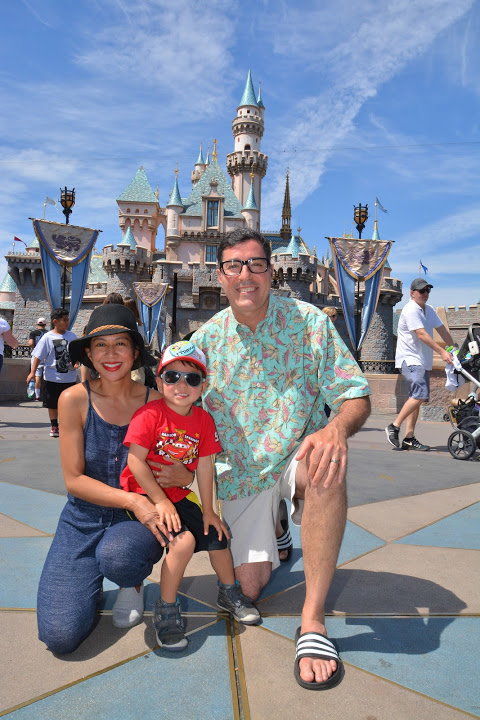 We were in Disneyland for three days last week to celebrate Franco’s 4th birthday. We went Monday to Wednesday May 7-9 which was a fantastic time to go. The weather was in the high 70s to low 80s: warm, but not too hot. The crowds were minimal. I don’t think we waited in line for more than 30 minutes, but I owe that to the Disneyland app and the Max Pass, which I will explain in further detail.

My dad is retired military and was able to get us discounted 3-day Park Hopper tickets for $165 per person. When you check in, the person in your party who is military must show ID.

My parents drove their SUV with a car seat from the Bay Area to Southern California a few days before us.

Dean, Franco and I flew from Oakland to Santa Ana, which is the closest airport to Disneyland. We used my trusty assistant Errand Bob to drive us in our car with a car seat to the airport, then he drove our car back home. Bob also picked us up from the airport with our car/car seat. Another local option is using Alameda Cab; they provide car seats.

We stayed at the Desert Inn which is literally across the street from the park entrance. I would stay there again for the convenience, or any of the hotels that are along that row (i.e., Best Western Plus Park Place Inn, Park Vue Inn, del Sol Inn and Best Western Plus Anaheim Inn). You can’t beat just a few minutes walk to the entrance! Not having to wait for a shuttle or to walk in the heat or to carry your child the extra distance was pure bliss! Apparently these hotels are even shorter walking distance than any of the Disneyland Resort Hotels. The Desert Inn also included a continental breakfast (hard-boiled eggs, bananas, cereal, danishes) which was good fuel to start the day.

The first line you will need to go through is security. As you enter the park, go left. Most people naturally coalesce to the middle and to the right, and we noticed that the lines to the left were shorter. One security guard confirmed it. He was hollering, “My line is going to save you at least 10 minutes.”

After you pass security, you can either go to California Adventure on the left or Disneyland on the right.

Bottom line: the Disneyland app will be your biggest time saver. Download it and familiarize yourself with it before you go. Better yet, get someone like me who has become a power user to give you a tutorial.

Here’s what you can do on the app: 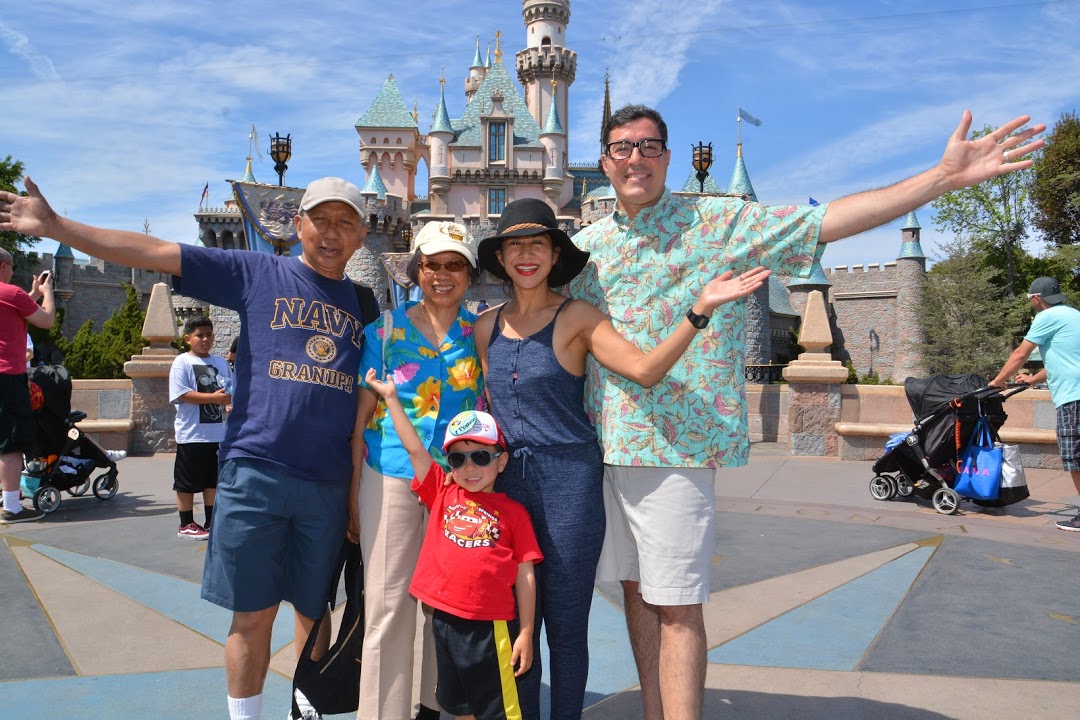 Within the Disneyland app, you can purchase the MaxPass for $10 per person per day. The benefit of the MaxPass is two-fold: FastPass and PhotoPass.

If you have a big family that can be a big expense, but I can attest that it’s worth it to maximize your time. I went back and forth on whether or not to get it, and only went for it on the 2nd and 3rd days, but wish I had done it for all three days. Without the MaxPass, we waited in lines unnecessarily.

The question I kept asking myself was whether it was worth it since Franco wasn’t tall enough to go on all the FastPass rides, but even for 1-2 rides, it’s still worth going to the front and avoiding the queue. With one ride, you’re saving approximately 30 minutes.

Even if you strip out the FastPass, the PhotoPass is well worth the cost. All the pictures taken by professional Disneyland photographers are yours to keep and download.

Frankly, I’d cut expenses elsewhere (by bringing your own food, staying in cheaper lodging, or avoiding souvenir shops) and pay for MaxPass. 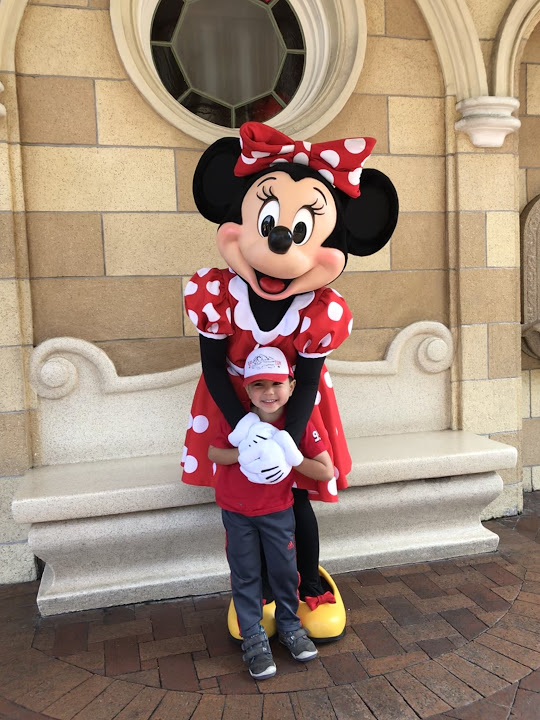 The FastPass allows you to reserve a timeframe for a ride, wherein you go into a special FastPass line and don’t have to wait. At Disneyland, we used the FastPass for: Haunted Mansion, it’s a small world and Buzz Lightyear Astro Blasters. At California Adventure, we did: Toy Story Midway Mania and Soarin’ Around the World.

How nice is it for a professional photographer to capture photos of the whole group? It was wonderful because usually I’m behind the camera! Wherever possible, I grabbed a photographer to take pictures of us. The app will also tell you exactly where the photographers are stationed. 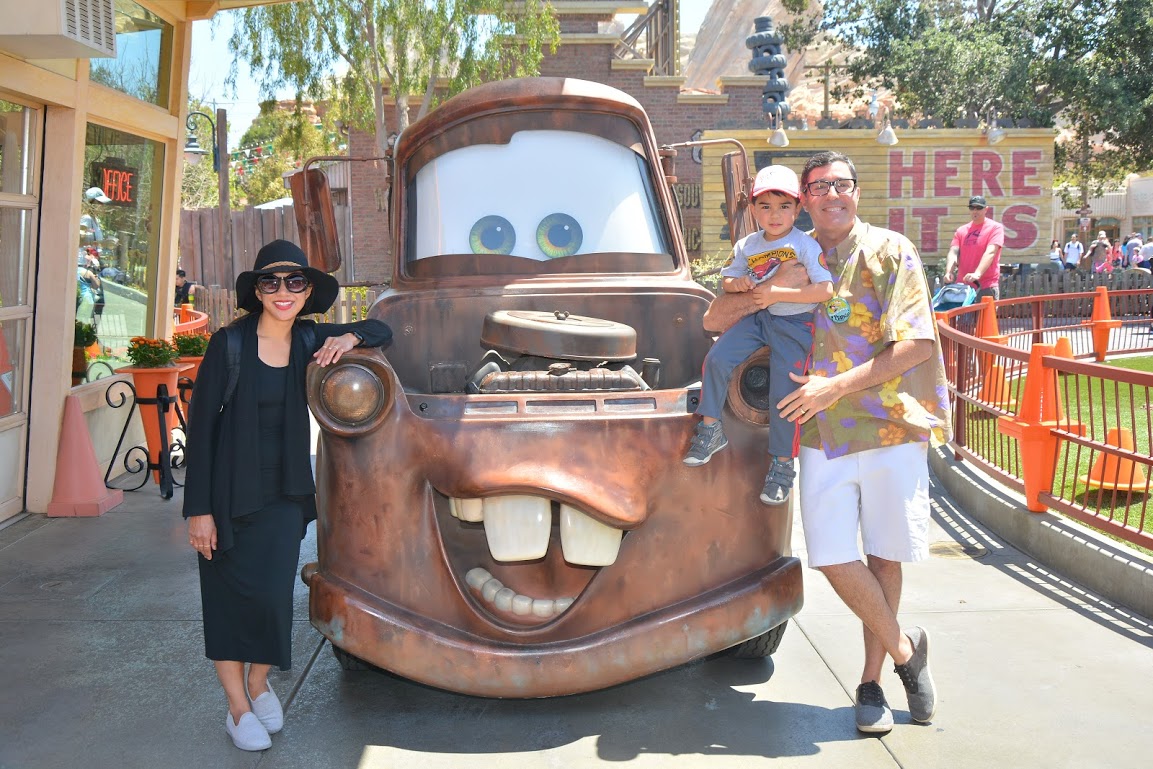 We decided against a character breakfast and opted to find the characters at the park, which again, you can locate through the app. The characters are at Main Street in Disneyland when the park opens. Since we had a party of five, we split up and waited in separate lines, nabbing pictures of Franco with Pluto, Donald Duck, and Minnie Mouse. Note: Daisy Duck, one of Franco’s favorites, is only at California Adventures. For Mickey Mouse, we waited in line at his house in Toontown.

My friend Kristin, a former Disney employee, recommended heading straight to Toontown when you first enter the park and I totally agree with her. It’s at the opposite end of the park entrance and you can pretty much enjoy Toontown crowd-free.

Note: Mickey Mouse and Minnie Mouse make a surprise appearance at the end of the Disney Junior Dance Party at California Adventure.

Lightening McQueen and Mater are at Cars Land at California Adventure.

I made the mistake of making reservations for our meals, then ended up cancelling them. The problem is you have no idea where you’re going to be and how hungry your party will be. So you might as well go to a casual restaurant that doesn’t take reservations. Also, there are plenty of places you can easily grab food. Personally, I wouldn’t recommend making dining reservations. The one reservation we did do was the River Belle Terrace at Disneyland, which was nice, but expensive. We also went to the Wine Country Trattoria at California Adventure without a reservation and only waited 10 minutes. On our last night, I tried to get into Carthay Circle, but they weren’t taking any walk-ins so we ate at their lounge and that was quite nice. They had an amazing selection of wine and nibbles, and Franco was very happy with his hot dog and berries. I would make an exception for Carthay Circle and make a reservation there for dinner on your last night.

Since Franco was celebrating his 4th birthday, he got a birthday button, which he wore all around the park. The restaurants will bring out dessert for the birthday celebrant, and because Franco is finicky about dessert, I gladly ate it for him. Ha! 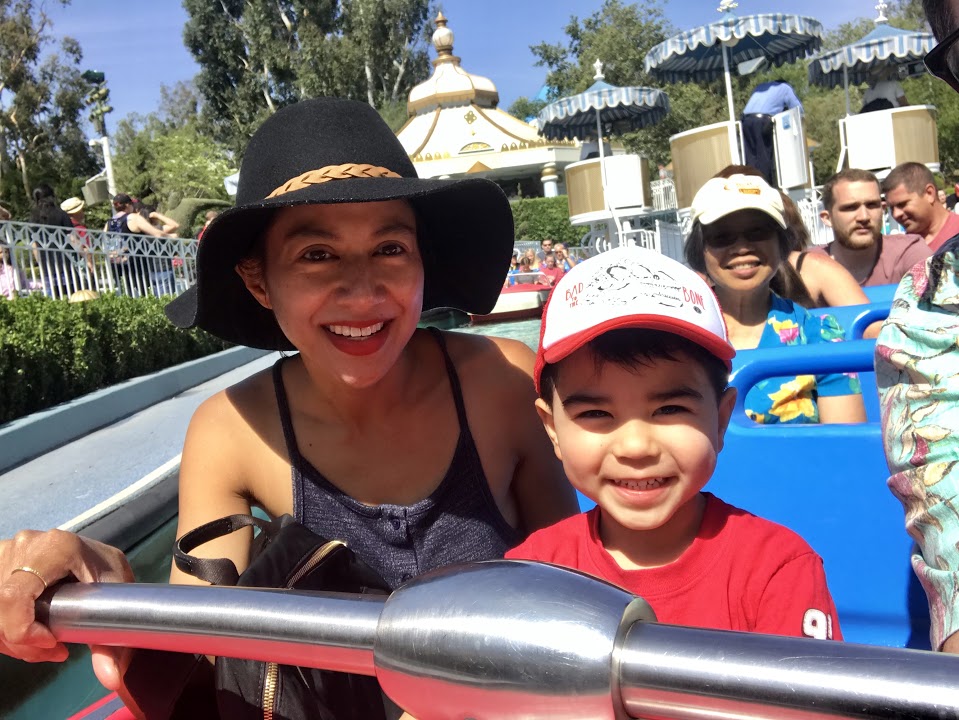 At Disneyland, the whole family liked Enchanted Tiki Room, Haunted House, it’s a small world, Monorail (ask to sit in the cockpit!) and Buzz Lightyear Astro Blasters. At California Adventure, my parents and I enjoyed Soarin’ Around the World (Franco was too small) and all of us except for Franco (who wouldn’t keep his 3D glasses on) liked Toy Story Midway Mania (my dad had the high score of the day).

Disneyland is the better park, hands-down. It’s nostalgic and entertaining for all generations. California Adventure, I feel, is better suited for adults and they serve alcohol which is a big perk. But it lacks the enchantment of the original park. Also, many of the main attractions at California Adventure have height requirements, restricting Franco from enjoying them.

We spent 2.5 days total at Disneyland/California Adventure and that was more than enough. I can’t imagine doing a whole week!

I also believe that anyone who takes their kid to Disneyland is a great parent as it’s very expensive, time-consuming and exhausting. Parents, I salute you!

Lastly, I felt a lot of gratitude as we made our way around the park and saw kids who are handicapped or have Down syndrome or one young girl in a stretcher and oxygen tank who was there through the Make a Wish Foundation. We are so blessed and have so much to be thankful for with healthy, happy children.

Any advice or recommendations for next time? Franco said he wants to go back for his 5th birthday!