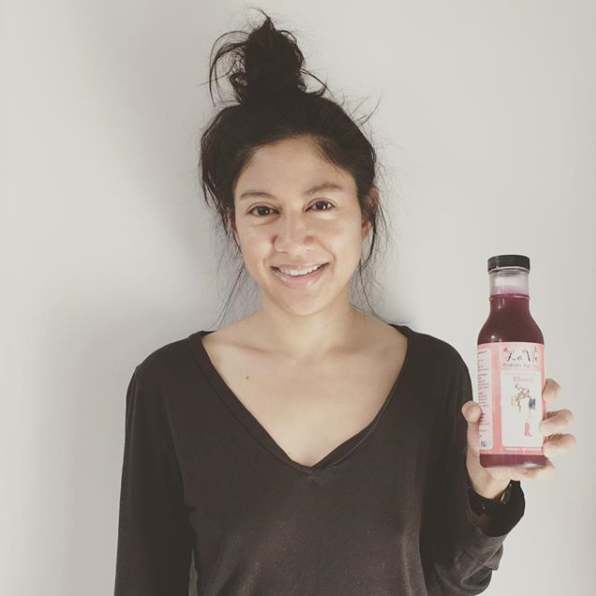 In the past, I’ve done the Master Cleanse which is essentially drinking as much lemonade (sweetened with maple syrup) as your heart desires. If you want to follow the exact details of the cleanse, then you would drink an herbal elimination tea before bed, then wake up and do a salt water flush. It’s simple to follow, but extremely energy-zapping. You really shouldn’t work or do anything strenuous for the duration that you cleanse. In fact, you might as well take a sleeping pill and sleep your life away because you can barely function. I knew a girl who did the Master Cleanse regularly and said she spent the weekend in bed catching up on movies.

I don’t even have time to watch the Black Panther movie in the theater (which I really want to do), let alone whittle away my weekend in bed.

But I think the appeal of the Master Cleanse is over now that there are many juiceries offering 1, 3, and 7 day cleanses.

A Cleanse That Will Make You Love Cleansing

After coming across La Vie juice at the Alameda Farmers’ Market on Saturday, I purchased the 1 day probiotic juice cleanse and tried it on Sunday. It’s $55 and consists of 6 bottles that you drink every 2 hours. I justified the cost because on a typical Sunday, I’d spend money on the following: Starbucks, brunch, late lunch and dinner including an expensive glass of wine. It’s a no brainer when it comes to the cost and how this is actually benefiting me health-wise.

Here are the 6 juices:

Every 2 hours is a short amount of time, so I felt like I was putting nutrients in my body very regularly. Plus you’re allowed to eat fruits, vegetables, nuts and salad during the cleanse. I ate a handful of almonds and macadamia nuts and a bowl full of blueberries. It was the easiest cleanse ever. I loved it!

Background: I’ve actually been on a mission to lose weight lately. A couple months back, I stepped on a scale and was surprised that I weighed in at 92.6 pounds. I’m 4’10” and normally in the mid- to high-80 pound range. Because of the weight gain, I eliminated sugary treats from my diet since I’m a sugar fanatic, with the exception of a Starbucks Venti hot chocolate extra whipped cream every morning. I gotta have that! But it didn’t help. I continued to hover around 91-92 pounds. I got more serious about it and tried to eliminate crap like rice, bread, chips.

On Sunday morning when I started the cleanse, I was 90.8 pounds.

On Monday morning after the cleanse, I was 90.6 pounds. I laughed. That didn’t move the needle!

But it actually works mathematically because if you want to lose a pound a week, you’re supposed to take in a deficit of 500 calories per day. The total calories of the 1-day juice cleanse is 1369 calories, plus I still ate a few things, so let’s say I consumed 1500 calories during the cleanse, when I normally take in 2000 calories a day. It makes sense that over one day, I would only lose 0.2 pounds and that over a week, I would lose a total of a pound.

I was fine with the result and overall, I felt healthier and more energetic. Plus, I wanted to continue the trend!

On Monday, I started the day with Starbucks. I savored every sip of that hot chocolate. Soooo good! For lunch, I had a large chopped salad with lots of salami and provolone. I also devoured a buttery garlic bread….because I deserved it! For dinner, since I was feeling so good about the cleanse, I decided to pop by the Juice Shop in San Francisco and asked what juice they would recommend as a meal replacement. They recommended the Plant Protein X which was so filling I felt like I’d eaten a hamburger. I finished my night with a nice glass of wine.

Have you done a cleanse? Would love to hear.

And for all my East Coast readers, I found Juice Press for you. They have locations in DC, Boston, NYC and more.