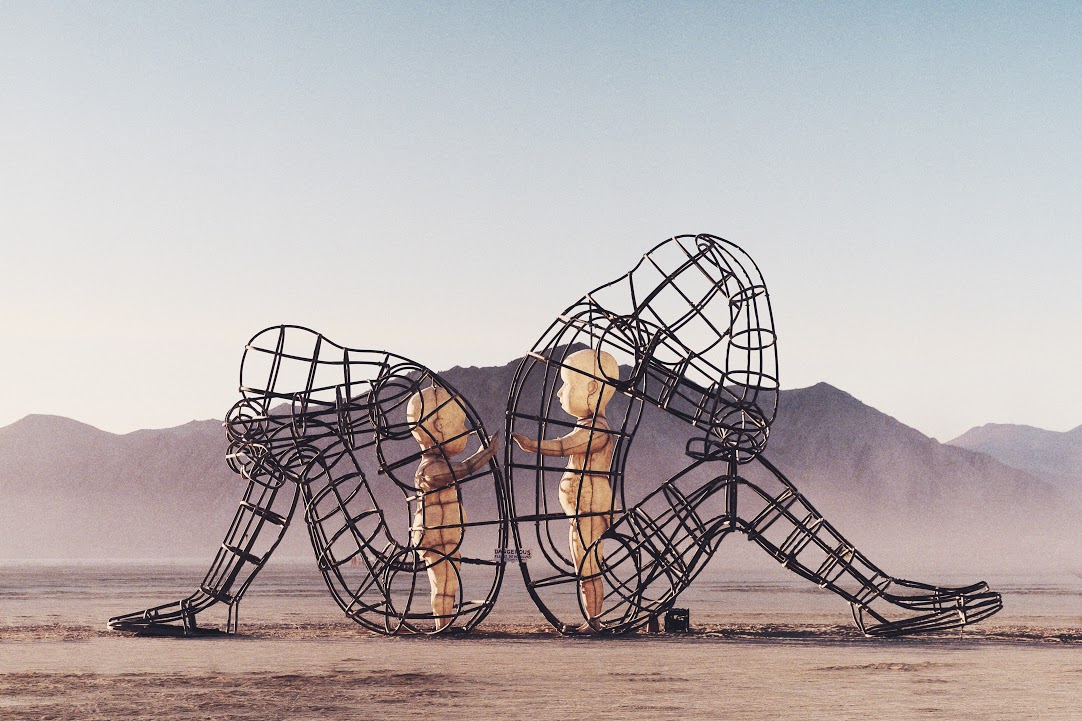 On Tuesday August 28, 2007 around 3am, I had momentarily laid my head down in a friend’s RV, waiting for him to return before heading back to frolic on the playa. Suddenly there were shouts and screams, fingers pointing toward the center of the city.

THE MAN IS ON FIRE!

The erected effigy, the icon of Burning Man, is supposed to burn ceremoniously on Saturday night of Burn Week. But in 2007, a long-time burner torched the man four days early, much to the surprise, detriment, and thrill of many.

What happened 10 years ago strikes me as an appropriate corollary to today. Back then, organizers were pissed and heartbroken, with one founder crying that it was the worst day of her life. However, the depressed emotions of the Organization were eclipsed by the delight of the attendees. Two burns for the price of one.

The arson affected camps differently. It stirred a lot of discussion and debate. Just like there are Trump supporters and haters right now.

But what I love about Burning Man is that it’s a safe place. You can completely disagree with someone (Really, the worst day of your life was when the Man burned early?!), but still respect and love them. Give someone a hug in the morning, grab a piece of bacon, and say genuinely, I love you and damn life is good here on the playa.

Wishing all those attending a safe journey home and a magical event. For me, I’ve still got my memories and hoping those will carry me in these turbulent times in the default world. xoxo!!!

One final weekend before Burn Week. Here’s my packing guide.