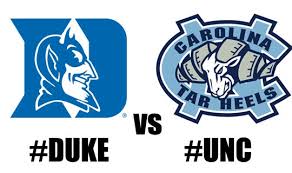 While in Raleigh-Durham, we took Franco on his first college tours! Tiger parenting in full effect. Ha! I’m joking.

I really just wanted to see the University of North Carolina (UNC) Chapel Hill and Duke campuses because I know they’re good schools.

Growing up in California, I only knew about the University of California system and the Ivy Leagues when applying. I went to Catholic school for elementary and high school and even then, no counselor even mentioned Notre Dame! It was all about California schools…as if there isn’t a whole world out there of stellar universities! Kids these days have so many resources available to them that we didn’t have growing up.

OMG, so cute! Dean was in training and didn’t join us, but when I told him about it, I said, “It’s like where Hello Kitty would go to school.” Which is totally the wrong way to characterize it! But I found it to be clean, walkable, and very quaint.

I said to Franco, “Maybe you’ll go here one day!”

My mom quipped, “Why would he go here? He should just go to Cal and pay in-state tuition.”

I had no idea that UNC is the first public university established in the U.S. in 1789.

The student tour guide mentioned a tradition of waking up at 5am on your first day of class and taking a sip of water from the Old Well which will guarantee you straight As for that semester.

We made sure to stop by the student store so that Franco could pick something out. He chose a UNC stuffed monkey.

Duke’s campus was ginormous and massively under construction, too, which kinda took away from my experience. It was overwhelming at 8,600 acres to UNC’s 729 acres.

One thing I really appreciated was how diverse the student body was. I felt like I was walking around an international airport, which I think is a really important factor when choosing a school.

Another thing I really liked is how admission is need-blind, with the school financially covering whatever an admitted student cannot afford. That said, you gotta get in. With a 10% acceptance rate, Duke is one of the hardest schools to get into.

Franco picked out a Duke stuffed dog at the student store. 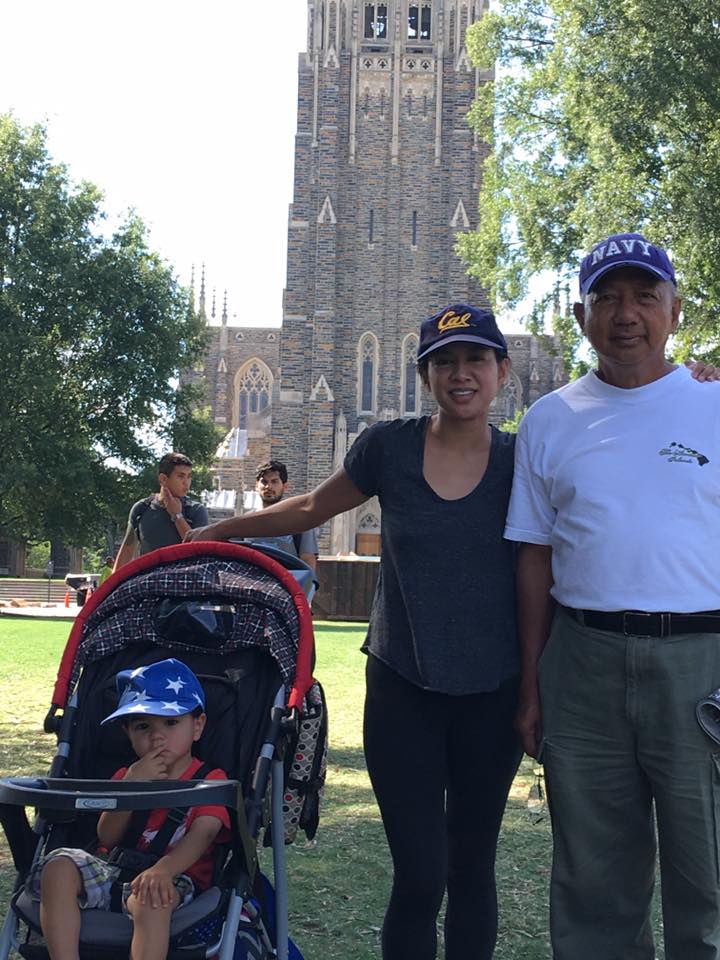 Here’s a comparison of the two schools I put together. Any alum who are reading? Please share your thoughts in the comments! 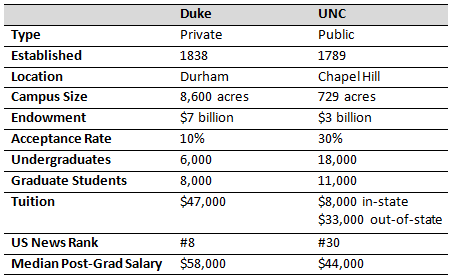