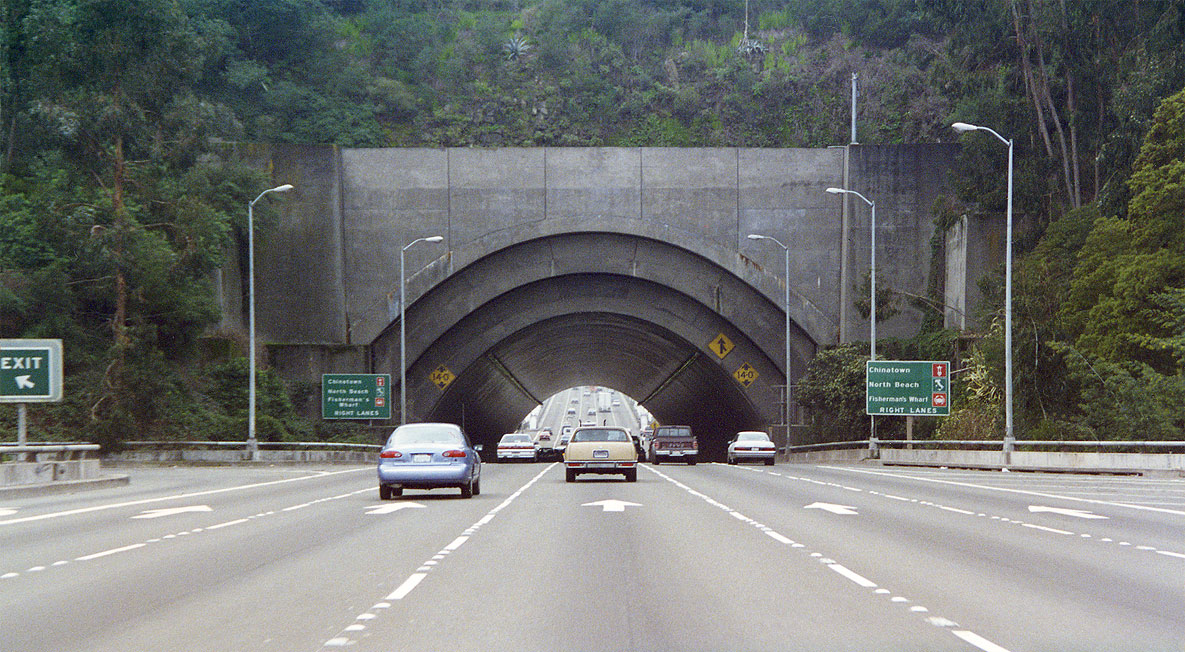 I take casual carpool from Alameda to downtown San Francisco to work every morning. Casual carpool is one option for commuting in the Bay Area in which drivers pickup additional passengers. This benefits the driver since the toll is reduced and the carpool lane is faster. This benefits passengers because you get to relax and sit in a car vs standing like a packed sardine on the bus or train. It’s also practically free whereas the bus/train costs anywhere from $4-6 each way. It’s strange at first because you’re getting into a random car with strangers, but eventually it feels routine and since this was started in the 1970s, there has never been a safety issue.

This morning a man pulls up in a Silver Mercedes, picking up another man who sits in the passenger seat and me who sits in the back. We all greet each other in a friendly manner. The 3 of us are on our merry way, through the Alameda Webster tube, onto the freeway, past the Bay Bridge toll plaza, nearing the westbound Treasure Island tunnel, when the driver slams on his breaks to avoid hitting a gold car that had swerved and stopped in front of us. A guy in dreadlocks jumps out of the gold car and starts running. Traffic immediately stops behind us as we are front and center, watching this man make a run for it—his car blocking traffic on the Bay Bridge during the most hectic commute hour.

A van pulls up on our right and a woman gets out of the car wielding a gun! I start freaking out, muttering, “Oh my God, oh my God. She’s got a gun!” Noteworthy difference between men and women: the guys in the front seats of the car pull out their iPhones to record what is going on while I crouch down in the back and think, if this woman starts shooting at us, I am going to make myself very small and pretend like I don’t exist.

We are all wondering WTF is going on? There’s a man on the run. A woman has stopped her van, exited, and has drawn her gun.

Then a police car screeches to a stop on the left side of us. The policeman exits and starts chasing the man who’s on the run. The woman with the gun runs in their direction. We watch as the guy in dreads hops over a divider and disappears into the bushes leading to Treasure Island. The police officer and the gun-drawn woman (who we deduce is a plain clothes cop) watch as he escapes.

I did feel a little protected as there were 2 men in the front of the car while I was in the back, plus the authorities were obviously on the scene. But during a time when gun control is nonexistent and random, unprovoked shootings are an everyday occurrence, I was having quite a panic attack this morning and had the shakes for at least 30 minutes afterwards.

We all agreed that it had been the most adventurous commute of our lives.