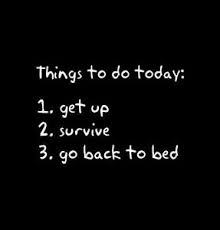 I have been in an awful funk lately where I’m feeling like nothing is going my way. It’s so bad that whenever I see emails cross my inbox, I’m already prepared for the worst. The contractor we hired is backing out. The career coach I wanted to work with realized she doesn’t have time to take me on. Rejections for jobs I’ve applied to are finally coming through. I feel blah. I look blah too.

Normally when I’m feeling down, I could take care of myself by sleeping in or going on a weekend getaway, but stuff like that doesn’t happen anymore now that I’m a mother. This added burden of being a parent is all-encompassing because Franco’s needs supersede my own, obviously. I’m also hyper-sensitive to his crying and fussiness. I’m not one of those mothers who’s easy-going!

Further, because my parents take care of Franco full-time (equivalent to 50+ hours a week), I refuse to add to their schedule by asking for date nights or weekends.

Adding insult to injury are all forms of social media, which I should probably ban when I’m feeling down. Here is what I’m thinking whenever I browse Facebook or Instagram.

I would love to see some Instagram pictures of people red-in-the-face with thermometers in their mouths and tom yum soup on their nightstands. What happened to reality and authenticity?

Then because I am overly sensitive, I think about the Oregon shooting victims or the image of the Syrian toddler who drowned, and I’m like, have some perspective. Wake up and be grateful.

Anyhow, I am contemplating a mental health day sometime soon because I need some serious rest and relaxation ASAP.