Now that I no longer live in San Francisco (sniff) and have been commuting for over a month now from Alameda, I have been pleasantly surprised by the number of different options available (smile). Since knowledge is power, let me list and describe how to get to and from Alameda and San Francisco. It will make you want to move to the burbs! 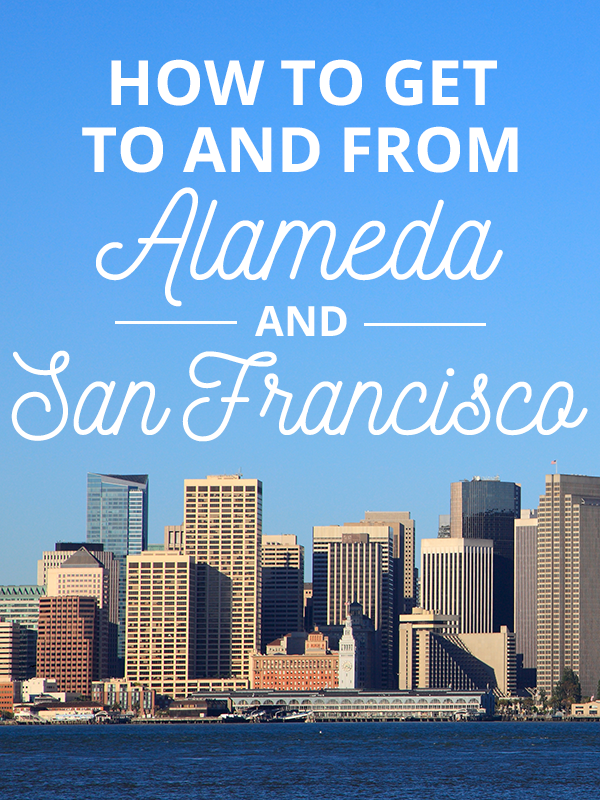 The O (the letter, not the number) bus will take you directly from Alameda to the Transbay Terminal in San Francisco. There are stops all along Alameda, but once it leaves the island, it goes straight to the Bay Bridge, bypasses all the bridge traffic, and dumps everyone at the Transbay Terminal at Beale St. & Howard St.—which is the temporary location while the new terminal gets built.

Pros: Relatively clean, smooth ride once you get on

Cons: Buses are never on schedule

Reliability: Medium: While the timing is finicky, it’s pretty reliable. The bus will come at some point.

Issues: Accidents on the Bay Bridge

Casual Carpool allows in-bound SF drivers to form a carpool by picking up 2 passengers, bypass bridge traffic, and pay a discounted toll of $2.50 vs $6. There are 2 pickup locations in Alameda (Webster & Santa Clara or Park & Encinal). Same route as above (O bus) except the drop-off is at Fremont & Howard. While it is a little weird getting into a car with strangers, Casual Carpool has been around since the 70s and is safe.

Pros: You always have a seat. Can’t beat the price.

Cons: Strangers/safety – but shouldn’t be a concern; Casual Carpool is typically only one way since there isn’t a benefit to carpooling in the opposite direction on the Bay Bridge.

Reliability: High: If a carpool car isn’t there when you arrive, one will come soon.

Issues: Accidents on the Bay Bridge

Cost: $1 gratuity, but not mandatory or expected

I would say the majority of commuters take a combination of bus and BART. Depending on where you live in Alameda, the 51A bus will take you either to the 12th Street Oakland or the Fruitvale Oakland BART station. If you prefer to drive, there is parking at Fruitvale. I’ve also seen free Alameda BART shuttles, including one from the new Alameda Landing to 12th Street.

Pros: Everyone else is doing it. If you’re late because of BART issues, most likely other coworkers are in your same shoes.

Cons: Dirty—as in you need to take another shower. You are lucky if you get a seat.

Reliability: Medium to Low: The bus system in the East Bay is highly unreliable. BART has to be fairly reliable since so many take it, but there are always issues. Today there was a delay while the cops tried to track down a transient who was bothering everyone (of course, he was in my car, aggressively panhandling).

Cost: Bus is $2 for a local single ride; BART is variable depending on stop, but from 12th Street Oakland to Montgomery San Francisco is $3.30

Convenience: Combination of bus and BART is grueling. BART often has issues.

The San Francisco Bay Ferry is the best way to commute to SF. There are 2 Alameda terminals: Main and Harbor Bay. Both have free parking. Very reliable, have never had an issue. 20 minute ferry ride from Alameda Main terminal to SF Ferry Building.

Pros: Always on time, always have a seat, clean, café onboard, plus alcoholic beverages for after-work happy hour. Everyone is happy.

Cons: I personally suffer from seasickness.

There you go. Pick your poison and happy commuting!