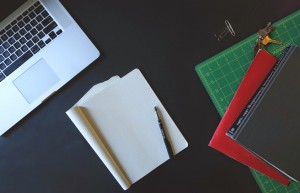 There has been so much going on, stuff that I haven’t wanted to blog about, which is why you haven’t heard from me. But it’s probably time for an update.

After a lot of back-and-forths, meetings, calls, and consultations with experts, we have retained a lawyer and are moving forward with suing the developer who sold us our home. Last December, half of our home flooded which I blogged about here. I won’t go into the details, but we now feel strongly that the developer was at fault and completely negligent with the remodel, and ultimately, sold us a defective property.

The contractor who is currently working to solve the problem told me that there were gaping holes in the wall which resulted in the water intrusion. We have spent close to $40k on the fix (which is still ongoing). The solution consists of a newly-installed drain system around the perimeter and major water-proofing of our home. We have been living in a 1-bedroom with a 10-month old baby who just started consistently sleeping through the night recently. It has been very stressful. I don’t even want to talk about it, it makes me so anxious and upset. Soon enough, however, we will be back to normal and hopefully the attorney we hired will negotiate an appropriate settlement, and justice will prevail.

I feel compelled to add that we are not litigious people. We tried to work with the seller directly and considered splitting the cost 50/50, but after consulting with a civil engineer and professional contractors, they said that the negligence was so obvious that the seller should be paying the full cost of remediation. He balked.

It has been so weird contacting lawyers and trying to nail down the right one. I don’t know anything about the legal system except what I see on TV and the movies. Let’s just say contacting a lawyer isn’t something I ever want to do again. And even though there are a ton of lawyers out there, it seems like a pretty tight network because there were conflicts of interest every which way. Gah! I’m glad I am a business person.