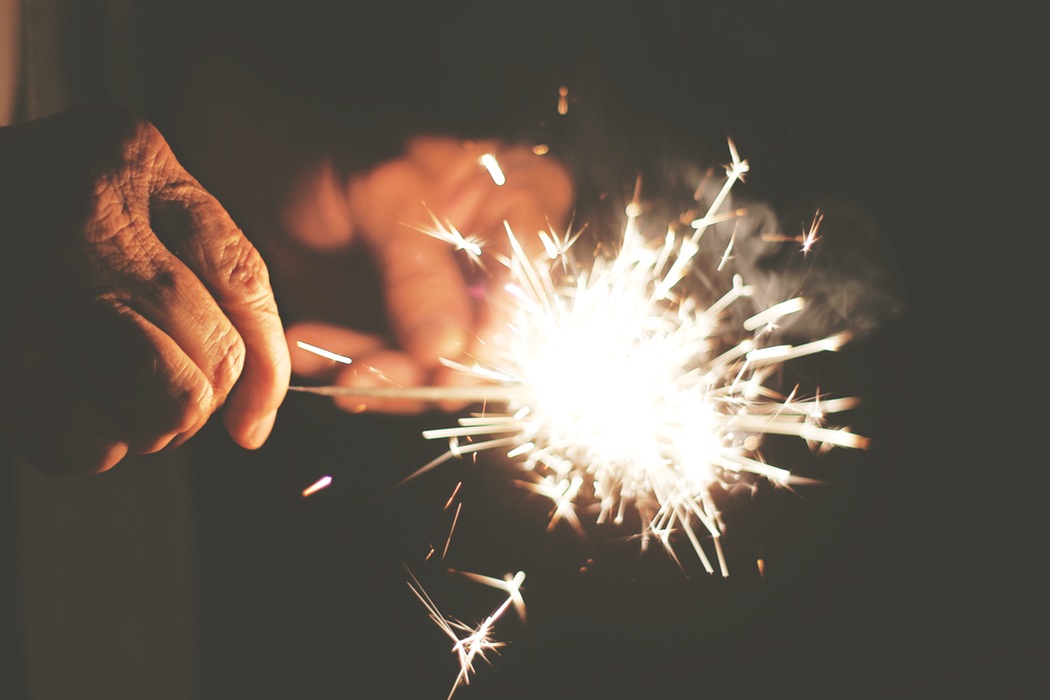 It’s December 31, 2014–the last day of the year. Not that I’ve had much time to myself lately, let alone time to think, but I have been reminiscing about the past year and trying to distill what I’ve learned into a brilliant post for you to read and carry into the new year. To my surprise, the most important thing I learned in life, I learned this year.

In June 2015, I turn 40. And in my four decades of living on this earth, I learned this most important thing that I will share with you today. It is the most critical piece of advice I can impart on you:

You deserve all that your heart desires. It may take some time, even a long time, to obtain it, but if you keep fighting, it will come to you.

I’m not going to get into all the medical details, but my husband and I struggled with infertility for years. Not a surprise since we are both old! Doctors and specialists told us the likelihood of conceiving naturally was very slim. The only viable route for us was IVF, a very expensive and laborious process. Everyone chooses their own path to motherhood, but personally, IVF was not for me. I was also positively bemused by so many couples who had their first child through IVF, but then ended up having their second child naturally.

I was certain we could conceive naturally, but wasn’t sure exactly how to go about it. I did a ton of research, sought out experts, solicited the advice of healers (acupuncturists, therapists, gurus). Some things worked, and others didn’t. But I persistently moved forward, keeping what worked, and discarding what didn’t. It’s easy to say, this is my goal, it’s something I need to work on alone. While this is ultimately your dream, you need the universe to aid you in your desire. We all need assistance.

Do you think Michael Phelps won all his Olympic medals by working and practicing really hard by himself? Hell no! He had coaches and nutritionists and sports therapists and masseuses helping him be his best. We all need a team of experts. And I believe in surrounding myself with people who can help. Yes, it is ultimately on me, but there is a support system out there. Be resourceful and utilize it!

We conceived naturally three times, two times ended in miscarriage, which was the darkest period in my life. Those losses were very hard for me to reconcile. As a devout Catholic, I wanted to punch God in the face. Here Dean and I were, a holy, prayerful, church-involved couple and that’s how God treated us, by taking away our babies. What is the point of prayer if God doesn’t answer our prayers? We are not Christmas and Easter Catholics. We are the kind that know the whole congregation, that stick around after mass to greet the other parishioners.

I turned away from God for a while, but returned because my faith is everything. God is not a magician. He is not a vending machine who doles out what I want at the exact moment I push the button.

They say it is hard to understand life as it is happening to you, but one day, you’ll be able to look in the rear view mirror and it all makes sense. Steve Jobs alludes to this in a Stanford commencement address, that he took a seemingly useless typography class in college that eventually formed the basis for the beautiful Apple fonts.

During that dark period in my life, I lost faith in God because I felt he had robbed me of my babies, robbed me of motherhood. While that was extremely painful, I can see now that God was preparing me for a more appropriate path. Life has always unfolded in exactly the right way. I need to trust in that and God’s plan–for it is never wrong. I can genuinely see that now, despite the losses. Also, because of my faith, I have confidence that I will meet those children when I pass from this earth.

I knew in my heart that I was going to be a mother. It wasn’t an easy path, but through intuition, persistence, sheer belief, and the help of the universe, I was able to get there. The same advice applies to whatever you desire, whether you want to find your life partner, transition to a new career, start a company, or retire altogether.

I think the disconnect is that most people don’t stick to it. As soon as they come to a roadblock, they stop and there goes their “dream.” It’s like blogging. In the 10 years I’ve been blogging (2015 marks my 10 year anniversary), I’ve seen so many bloggers come and go which speaks to the lack of persistence. It’s so easy to talk a big game. It’s a lot harder to act and keep chugging along.

Side note/insight: I love rejection! The more rejections I get, the closer I am to my goal.

“To be nobody but yourself–in a world which is doing its best, night and day, to make you everybody else–means to fight the hardest battle which any human being can fight; and never stop fighting. “ E.E. Cummings