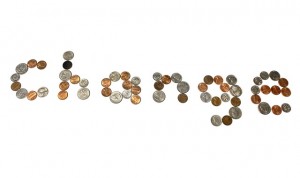 I was reading an article in Money magazine that posed the question, ‘How much should you help your adult kids?’ I was appalled at the real-world situations that were featured. Most of the parents were delaying retirement as they continued to support their college-educated children. They were footing the bill for cell phones, groceries and rent.

One couple agreed to pay for an expensive design school because their daughter realized after college (which they financed) that design was what she was passionate about. Are you F*ing kidding me?

One daughter needed her parents’ continued support because, sigh, NYC is expensive. No shit Shirley. How about moving to a more affordable city rather than depleting your parents’ 401k?!

What happened to common sense? They sure didn’t teach you that in college, so why even go?

At what point do you stop supporting your children? When they’re adults, correct? How about when they can vote at 18? Personally, I think that’s the right age. If our ancestors can withstand hard manual labor, sweeping chimneys or grazing farm land for hours on end, then it stands to reason that our educated, iPhone-loving, privileged children can financially support themselves at the age of 18. If not, then there’s a big problem!

Money may not grow on trees, but opportunity sure does. We can educate ourselves online for free. There are plenty of jobs to be had; the unemployment rate is steadily dropping.

But most importantly, children will meet whatever expectations you have of them. If they are low, then expect low performers. These are parents who have no goals set for their children. They’ll pay for college and grad school and design school and provide them with an allowance until they are ‘adult’ enough to figure it out on their own. These people will dip into their retirement while I’m sitting on the beach drinking a mimosa the day my baby Franco turns 18.

Why? Because I have high expectations that will be made crystal clear. No ambiguity, no room for error. There will be no inheritance. Mommy ain’t paying for college. Get scholarships and loans if a college education is what you want to pursue. Mommy did it. So can you. The gravy train stops at 18. And while his friends are trying to figure out which expensive college to go to because their parents are going to pay the bill, my adult Franco is going to be running cost-benefit analyses on what’s best for him.

I guess it’s not stealing when you are aware of the theft, but the way parents are raising their adult kids these days is practically criminal.

Paying for a twenty-something’s cell phone bill? Time to get Skype.

Paying for your son’s rent? Time to move home and pitch in with the chores.

Paying for anything at all? Time for your kid to get a job!

Children cite all sorts of reasons for their reliance on their parents: the poor economy, the lack of jobs, their inexperience. There’s an excuse for everything! Let’s stop enabling their lack of ambition and start promoting independence and security. It can be done, as long as you let them.