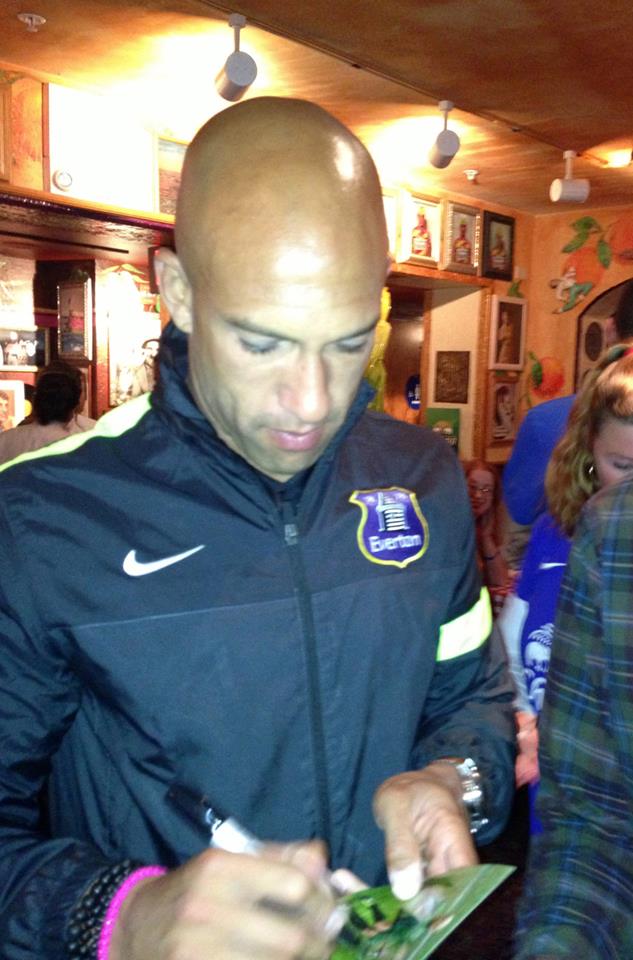 Who’s got World Cup fever? Even though the USA got knocked out of the Round of 16, you know what? We are all winners. Happy Independence Day to the greatest nation in the world! I’m so proud to live in America, and not repressive Iran or economically unstable Greece or even England with their monarchical system based on the divine right of kings.

My husband and I are clashing when it comes to which countries we are rooting for. His heritage is British and Italian, so he is rooting for all the European countries. I love Central and South America, having traveled to Belize, Costa Rica, Guatemala, Honduras, Nicaragua, Argentina, Bolivia, Brazil, Ecuador, and Peru, so clearly I am rooting for the countries on the Western Hemisphere!

Here are some awesome videos:

The American fans going wild in Brazil when Will Ferrell shows up.

I can’t get enough of this hilarious video of Jason Sudeikis as an English soccer coach.

And lastly, unless you don’t recognize him up above signing autographs. That’s a picture of the amazing USA goal keeper Tim Howard who plays for Everton. We saw him when Everton came into town and hosted an event for their fans at Buca di Beppo. Dean is a huge fan!