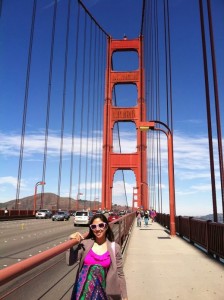 No, I don’t live in a bubble. While I’ve spent most of my life in the Bay Area, I’ve lived in the Midwest and spent considerable time elsewhere. I travel often and make it a point to vacation internationally at least once a year. If you’ve visited more than 26 states and 32 countries, welcome to my bubble.

I don’t claim to have all the answers, although I am an advice columnist, but I believe very matter-of-factly that the San Francisco Bay Area is the best place to live and work. I very much welcome your rebuttals and opinions in the comments.

I present to you Exhibit A which details the most recent unemployment rates for the largest cities in America. Take a look at SF, coming in at a very low 5.9%. Seattle’s got us beat by more than a percentage point. Damn you, rainy city! I need to look into that. I figure Boeing, Microsoft, and Amazon are dominating the labor market up there. As a comparison, the country is at 7.3% unemployment.

It’s not surprising that the opportunities to make money in this town are limitless. Pink-slipped? No problem! Take your jalopy of a car and make about $40/hour driving for Sidecar, Lyft, or Uber which were all founded in this very city. You can’t take full advantage of this opportunity living in car-less Manhattan!

Sign up to run errands for TaskRabbit. TaskRabbit was founded in Boston, but they decided to move their operations to SF. DOH! Sorry Boston!

If we really want to get old school, puhleeze, this is the birth place of Craigslist. That site where you found your first apartment, that used couch, your casual encounters or missed connections? SF Bay Area is the original Craigslist location.

Even for the gainfully employed, you can always make an extra buck in this town. Dean and I rented out our piddly 1-bedroom apartment on AirBnB to the tune of several thousand dollars in 2012. Money is growing on trees in this town.

Sure a lot of these companies have opened up sites and locations throughout the U.S., but remember they were founded here. Not only were they founded here, they were most likely funded here. You don’t start a company and fly to Seattle to get funding. You’re coming to Sand Hill Road. You’re dining at Buck’s.

Yes, it’s really fucking expensive to live here. Home prices and rents are sky-high, but it’s not something a little creativity can’t solve. You don’t have to live in the center of the city to experience everything that San Francisco has to offer. Rents in the outer neighborhoods (Richmond, Sunset) are perfectly acceptable. And these days, lots of people are making the move to Oakland where both rents and homes are much cheaper. It’s akin to living in Brooklyn.

Prices are high because paychecks are high. I don’t know if you saw my tweet a month ago about a city in Silicon Valley.

In 4Q12, the avg San Mateo earner made $168k/year—the top earning county in the US, w/ paychecks 50% greater than Manhattan.

If you’re not following me on Twitter, you can here @cgacad. I tweet regularly and the tweets are pretty informative.

We’ve got a lot of other problems too besides a high cost of living, like a backwardly-evolving transportation system (complete with regular strikes and shutdowns). But it’s not unlike any other city. We’ve got our rampant homeless situation just like Detroit has its vacancies and NYC has its rats and bedbugs.

We’ve also got the best universities (UC Berkeley and Stanford), world-class wine and food (Sonoma and Napa)…I could go on and on. But I wouldn’t want to brag 😉

What city do you think is best?

What do you like and dislike about San Francisco?