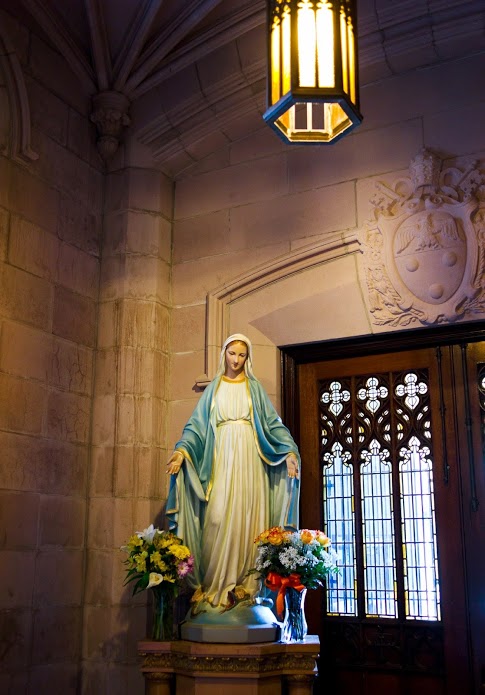 I used to always forget the Holy Days of Obligation, which are days you’re supposed to go to church and pray and be holy and stuff. In fact, we were at church on Sunday and nowhere, nowhen did anyone say anything about having to go to church today. Maybe we missed it in the bulletin, but still. They ought to have mentioned it in the announcements.

Anywho, today is the Assumption of Mary which celebrates the Holy Virgin Mary’s assumption to heaven after her death. I’m going to Old St. Mary’s at 5:15pm which is a couple blocks away from work.

I don’t forget anymore because I now mark my calendar for all the holy days.

The Holy Days of Obligation for the rest of 2013:

Holy Days of Obligation for 2014