Point Reyes, this is my new favorite place on earth. During this time of year, it’s usually blustery cold which we were more than prepared for. But we happened to pick a gorgeous sunny weekend; everyone kept saying the same at the B&B and the employees at the visitor centers. A national park with 2 visitor centers means a well-run, well-staffed reserve.

On weekends from December through April, the park runs a shuttle bus to alleviate traffic to the Point Reyes Lighthouse where you lookout for whales and Chimney Rock where you can see elephant seals. The bus driver gave us a nice background during the 15 minute drive and played an audio tape pre-recorded by the park. Looking out at the scenery instead of paying attention to driving can’t be beat. I can now clearly picture myself getting on a big tour bus when I’m older. It’s so easy and convenient.

The audio clip mentioned that the best time of year to go to Point Reyes is the 3rd week in January (had no idea) because it’s mating season for the elephant seals. Dean laughed, “I love it when a lack of planning comes together!”

These cows are the 1%. Expansive home for grazing and killer views. 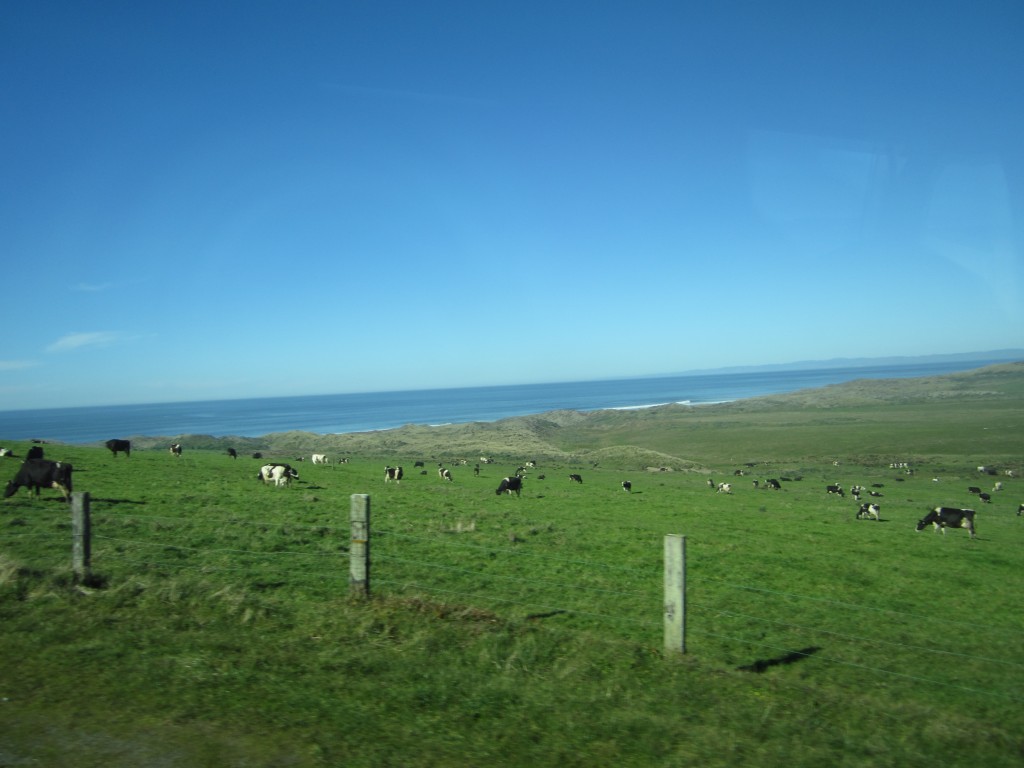 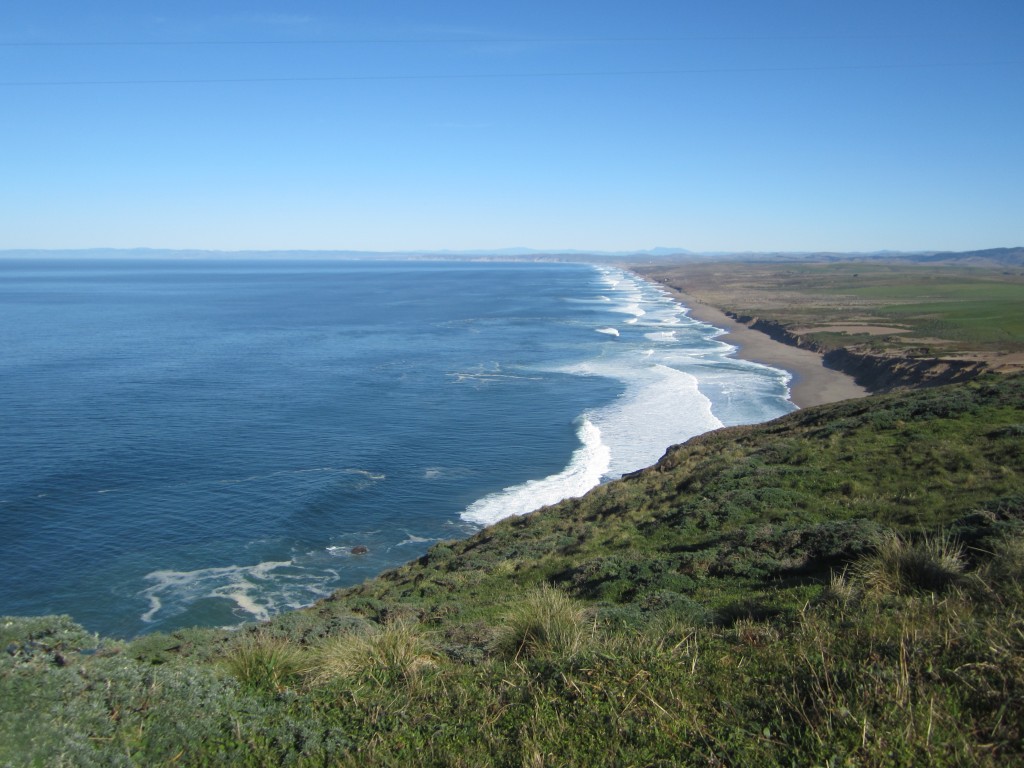 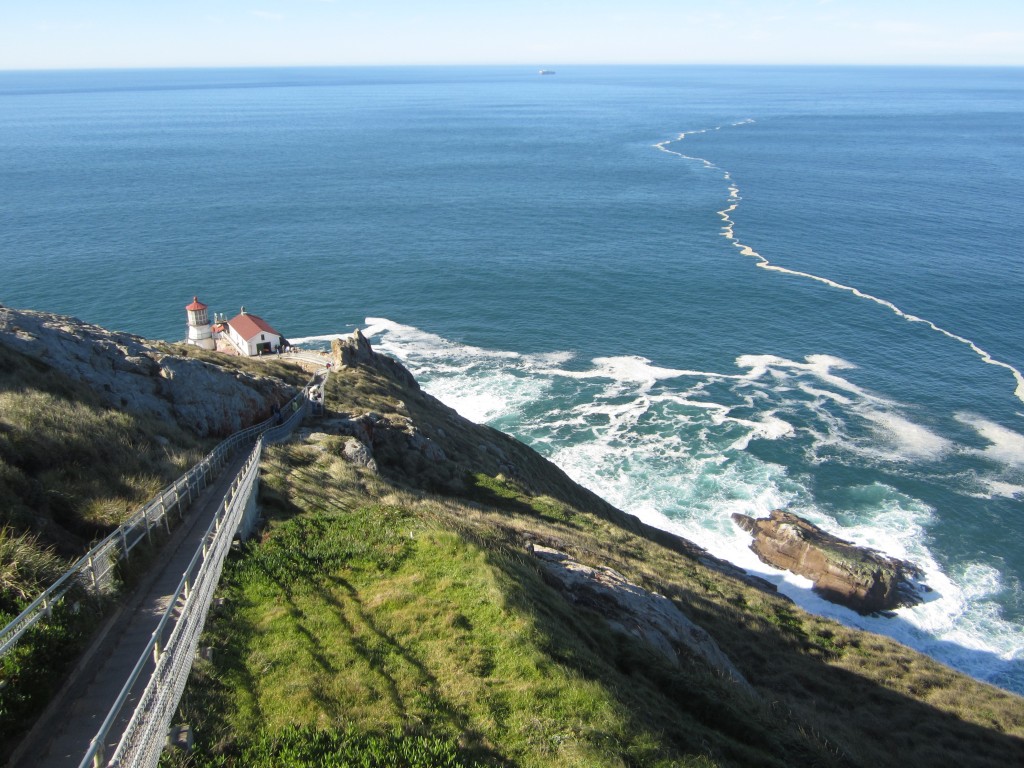 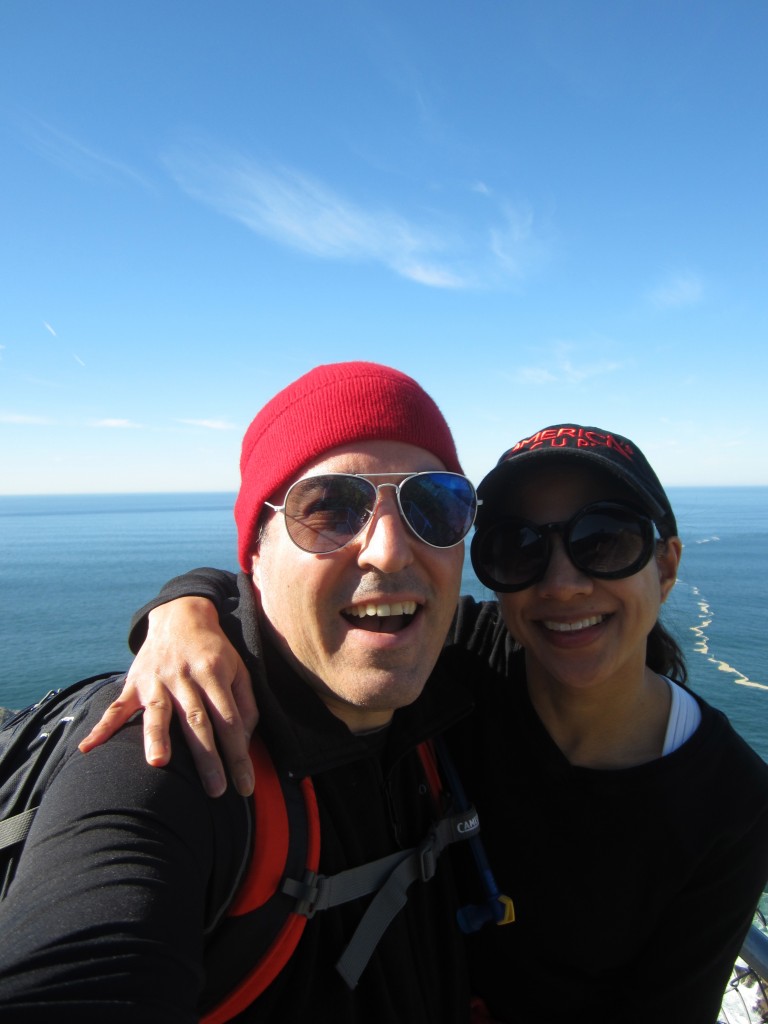 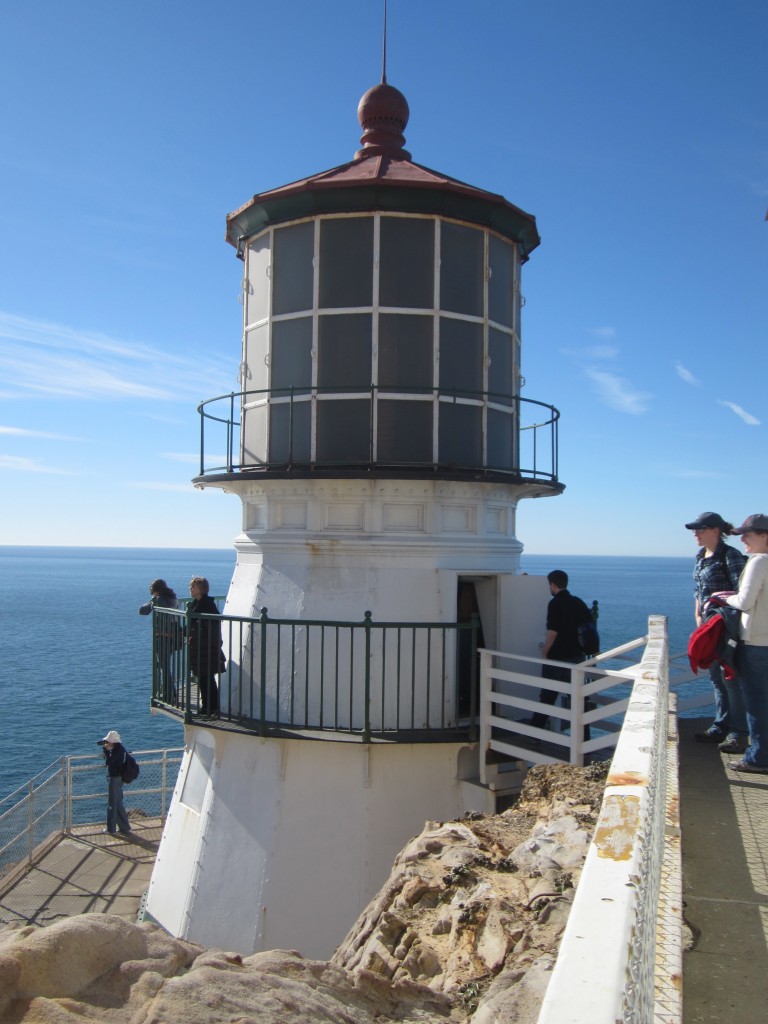 It’s elephant seal mating season! Lots of volunteers on-hand to answer questions and explain the life cycle. Males start arriving in December to stake their ground. Females come in January to give birth, then will get pregnant again. Although that egg is fertilized, implantation is delayed for two months, giving the female seal time to rebuild her body after having lost almost 30% of her body weight birthing and taking care of the previous pup. 9 months later, the pregnant female comes back to Point Reyes to give birth again. Fascinating! Full-grown females weigh about 1,000 pounds and full-grown males weigh between 5,000-6,000 pounds. Can you imagine? 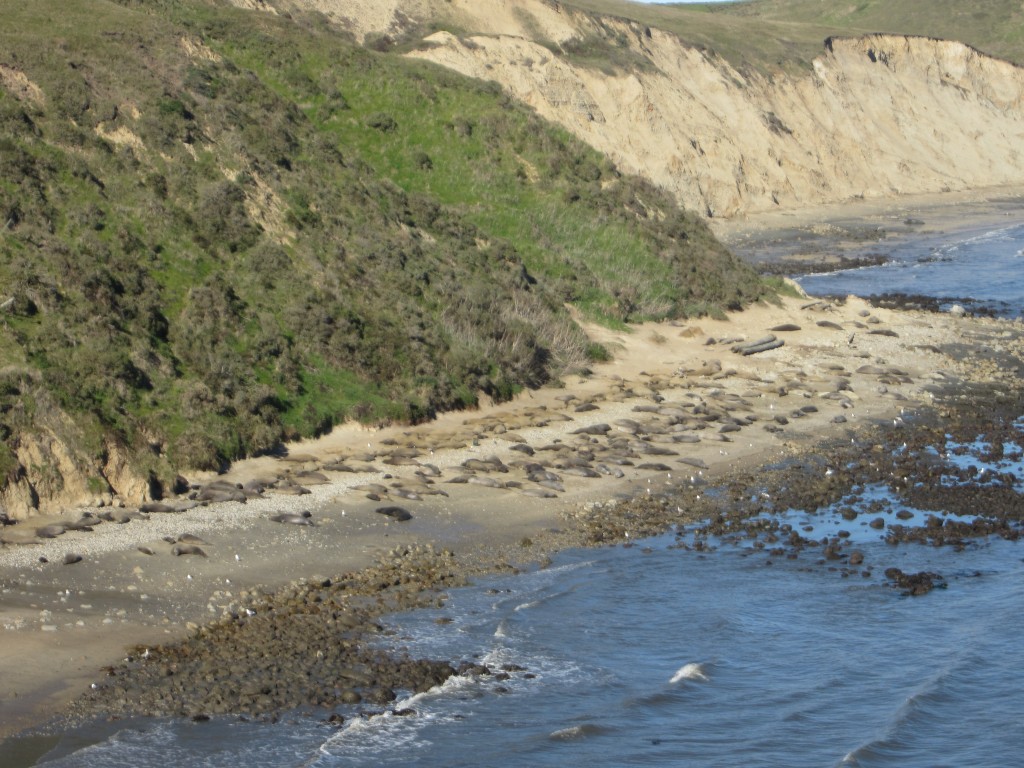 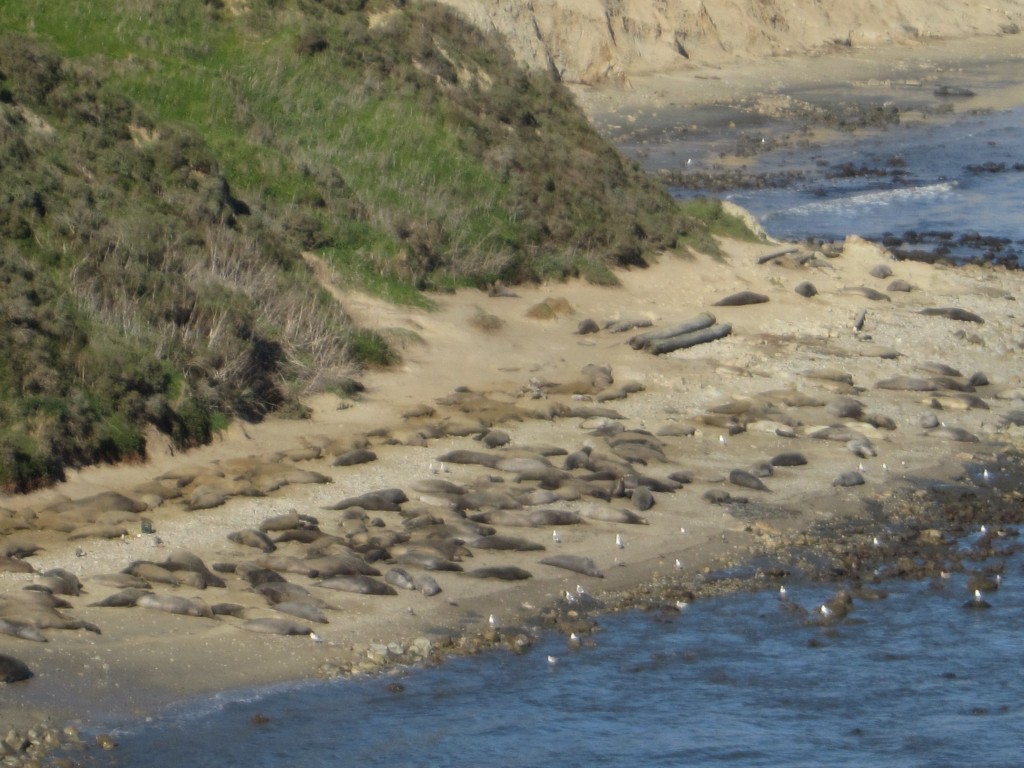 One of the volunteers showed me how to take a picture using the handful of telescopes they had setup. Pretty cool! 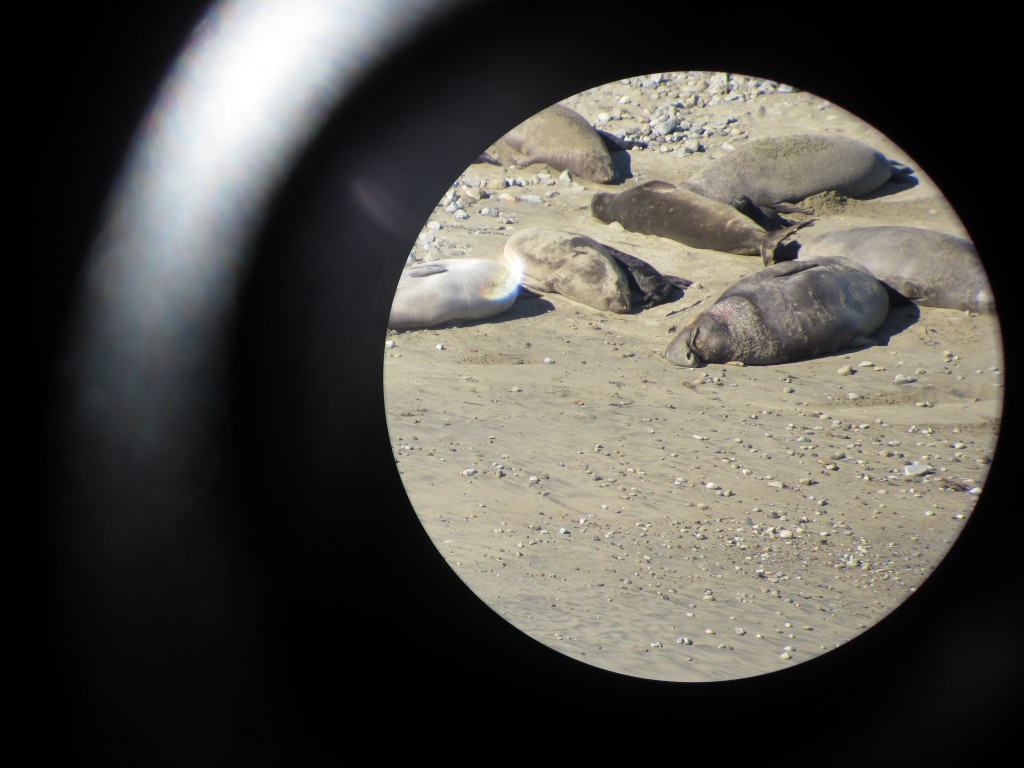 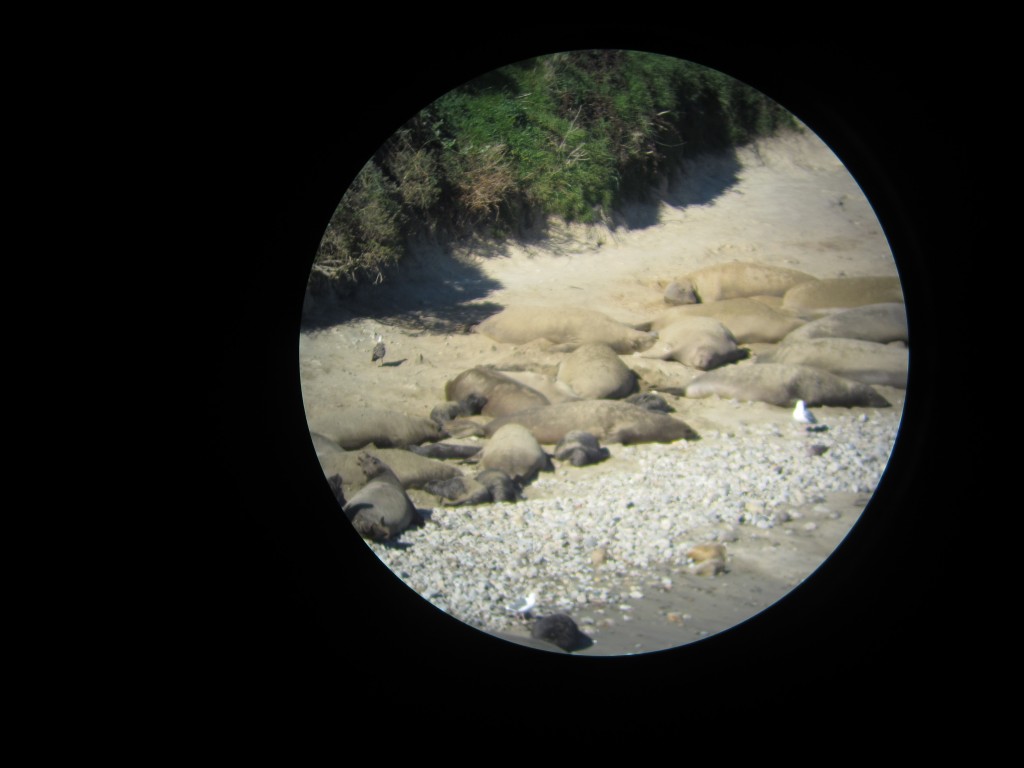 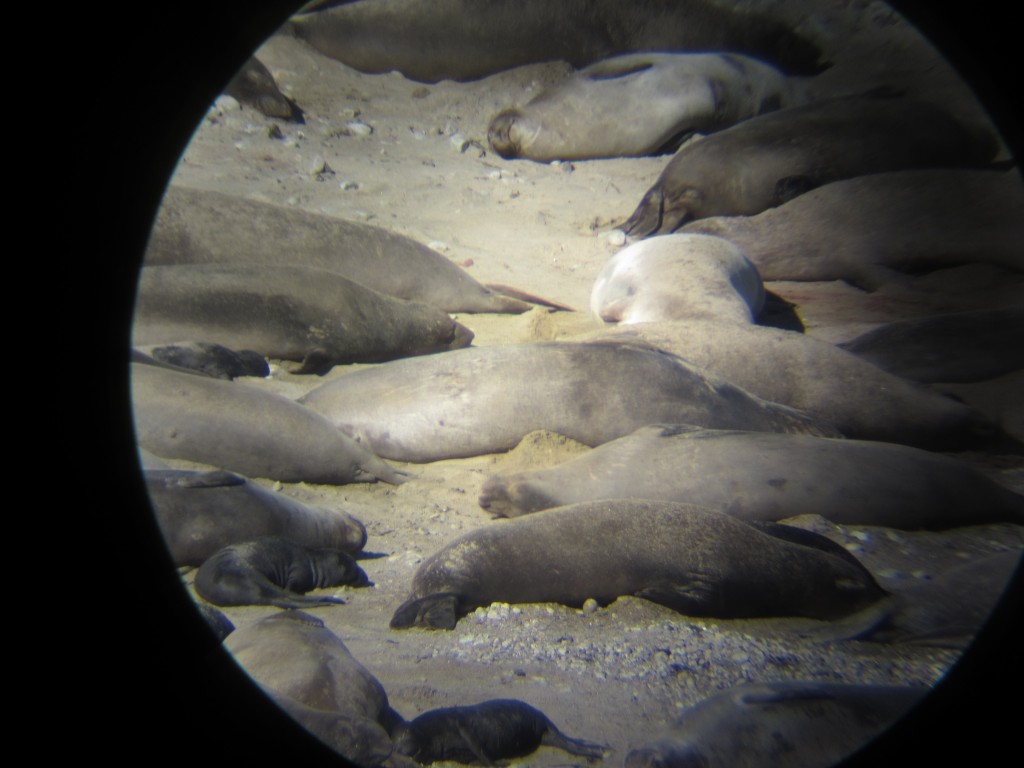