Friday after work, I walked around Union Square. The night was perfect, not cold at all. There was clearly a buzz in the air. People peered into the glittery window displays at Tiffany’s. Others hailed cabs. Families and kids posed all along the giant Christmas tree. What merriment!

I popped into the Westin St. Francis as it seemed to be a hub of festivity. I made my way up to the mezzanine to take this unobstructed picture of the rotating Sugar Castle on display in the lobby. 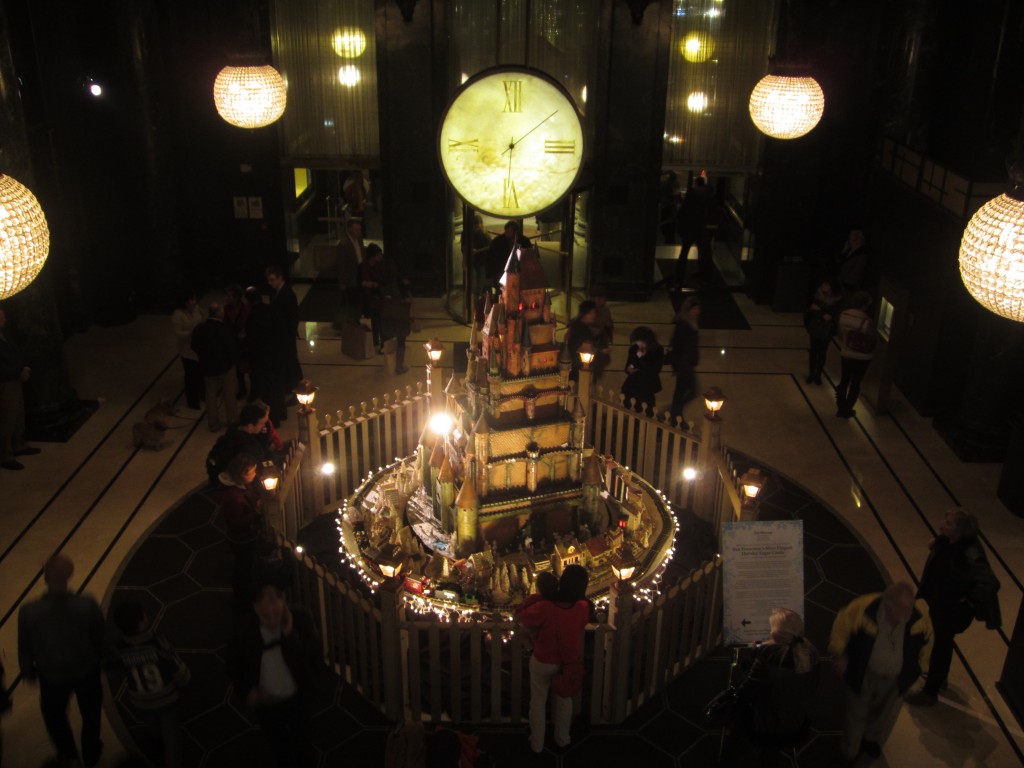 Intent on having a drink at the hotel’s Clock Bar which was in full swing happy hour mode, I found a lonely single seat at the bar and texted Dean and Keith to meet me there. Living right in hotel mecca, I’ll need to stop into a few of the big ones and see what festivities they have going on for the holiday season.

Well hello lovely Burritt bar, never knew you even existed. Can’t beat a Prohibition-styled bar that feels hidden and tucked away with a jazz band playing while you sip mixologist-crafted cocktails. New favorite bar in the city. I don’t say this often, but thank you Keith!

We capped the night off with dinner at Morton’s Steakhouse which I won’t get into because, please it’s a chain with standard fare that’s overpriced, but the only restaurant we could all agree on. I will mention that we were seated at a booth and the table directly in front of us was quite the entertainment. Two people dining: a young man in his early to mid-twenties and a woman in her late sixties or seventies (hard to tell with all that plastic surgery). At first we didn’t pay them much heed, figured a grandmother dining with her grandson, until they started caressing each other. It took all my effort to keep from staring.