We went to the Ghost Ship Halloween party this weekend at Hangar 3 in Treasure Island. Space Cowboys throw the most amazing parties. Since I didn’t go to Burning Man this year, I was itching to go dancing. And dance we did for 5 straight hours. I’ve got it all out of my system now 🙂

We will be jet setting over NYE, but for the locals, the Breakfast of Champions party at club Mighty on New Year’s Day is one crazy party.

Dean dressed up as Hunter S. Thompson. He looked great. A lot of people congratulated him on nailing it. I was Robin (like Batman & Robin). The company I bought the costume from accidentally sent me a small kids size instead of the large. I freaked out when I opened the package up. It was teensy. But Dean cut it up and sewed it onto a red tank top for me. He is the domestic one in the family! 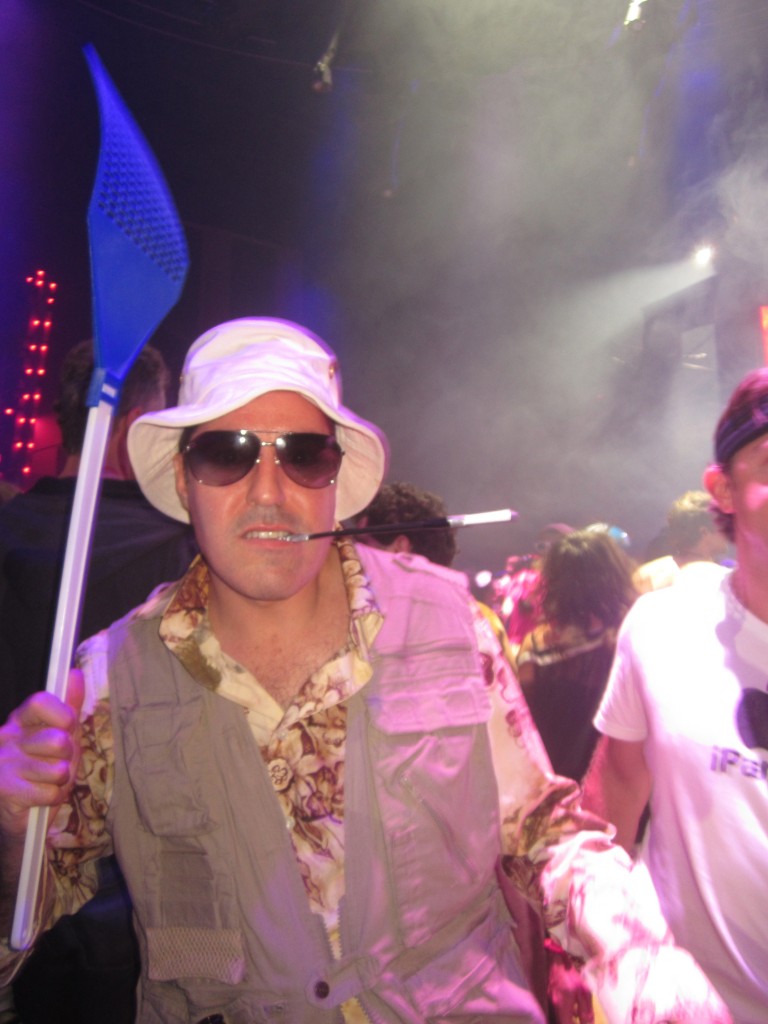 There was a fake, but real-looking bull that they hooked onto a pulley system and raised up and down during the party. A friend was looking for us and I texted, “Dude, they are raising a bull near us.” He found us straight away. 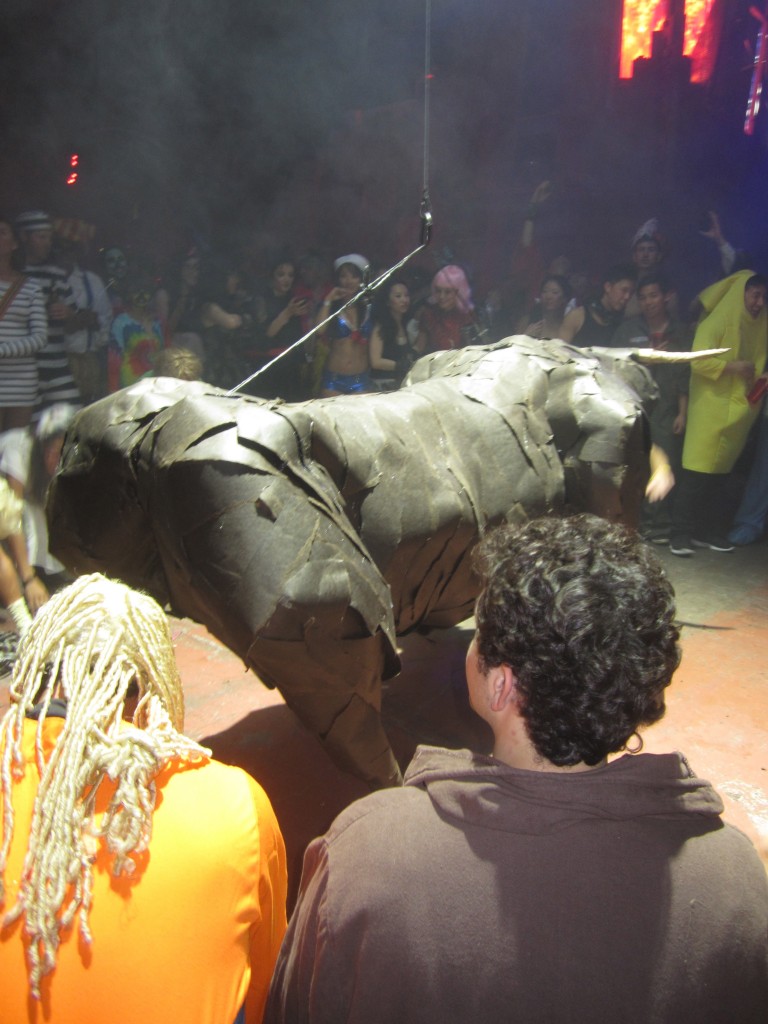 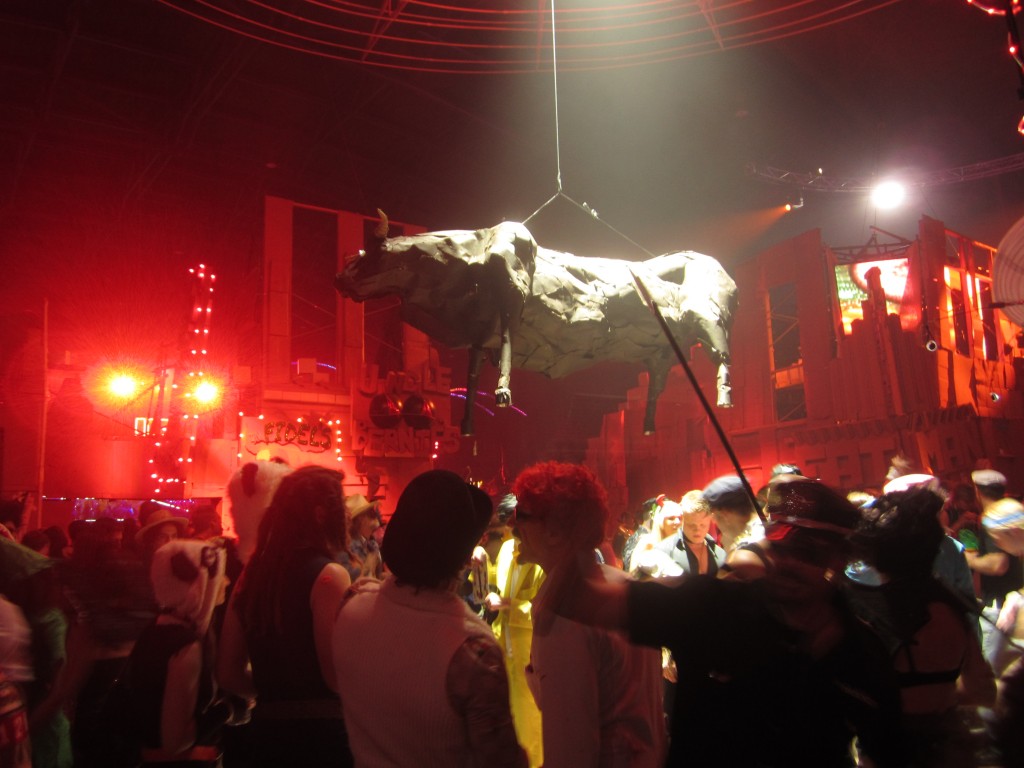 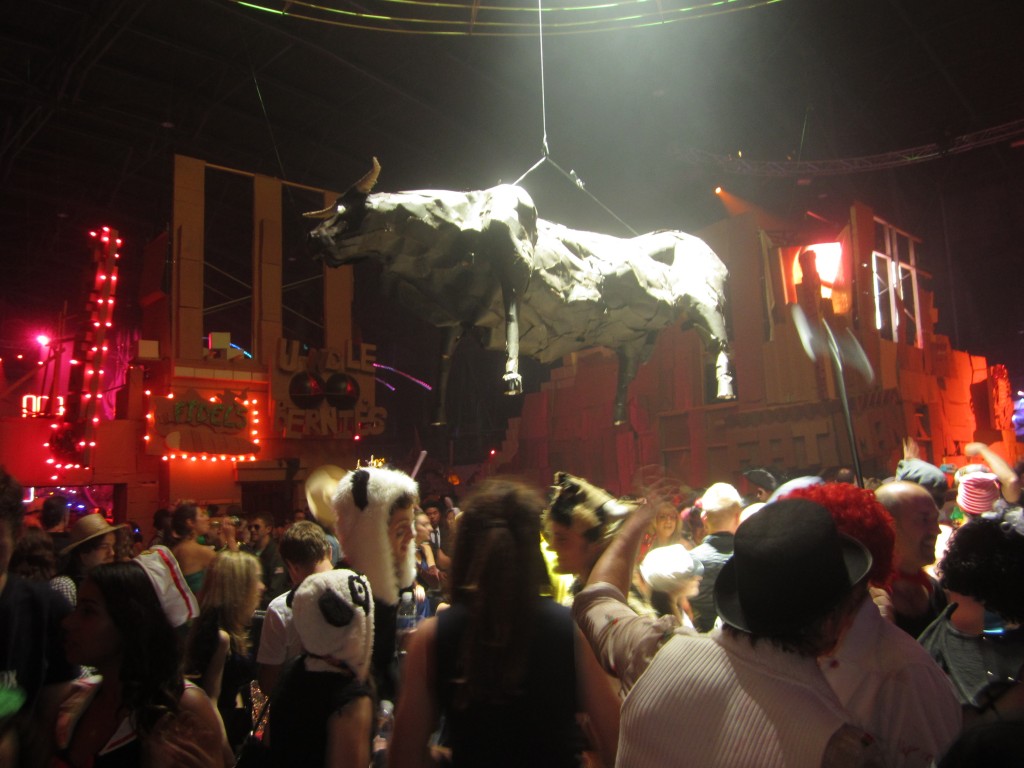