In my mid-twenties, I came to Yosemite with a friend/coworker to hike Half Dome. This was during a time in my life when I used to go to Tahoe to ski for the day, then came right back home. While we spent the night in Curry Village after hiking Half Dome, the turnaround was just as quick. There was no acclimatization. We drove from San Francisco to Yosemite Valley, hiked to the top (WITH THE CABLES DOWN), and returned in time to whittle away the late afternoon eating pizza and ice-cream. I wasn’t in pain. Maybe a little sore, but I swear, I could have done it again the following day. That’s how much of an athlete body I had.

Fast forward a decade later and I still have an athlete mind, but it’s attached to a middle-aged, run-down physique. If there’s anyone who has stamina, it’s me. I’ve always held fast to the ‘mind over matter’ philosophy, but now, I am in unbelievable pain after doing a hike that doesn’t even compare to Half Dome.

Yesterday, we took the one hour tour bus up to Glacier Point. From there, we hiked down to the Valley floor via the 8 mile Panorama Trail. I’ve read and we were told that the average time is 6 hours. We did it in 4, which means we are either A) superhuman (very unlikely) or B) there are some really slow Americans doing this trail. Not only did we do the trail in 4 hours, but we took a 30 minute break to eat lunch at Nevada Falls. The trail was strenuous, as part of it is the same trail the Half Dome hikers take, but for us it was mostly downhill. I was so achy and unsure of my footing going down the granite slabs that I put gloves on to make use of all fours. I am getting old!

The weather couldn’t have been better and the trail was stunning with all the beautiful waterfalls. 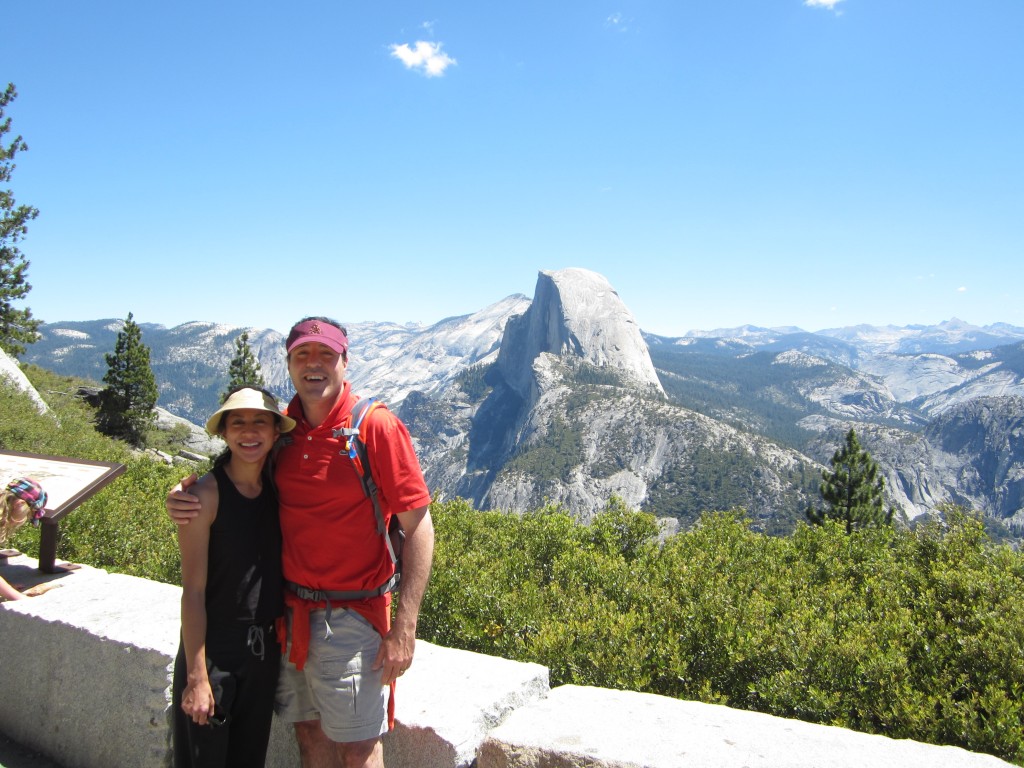 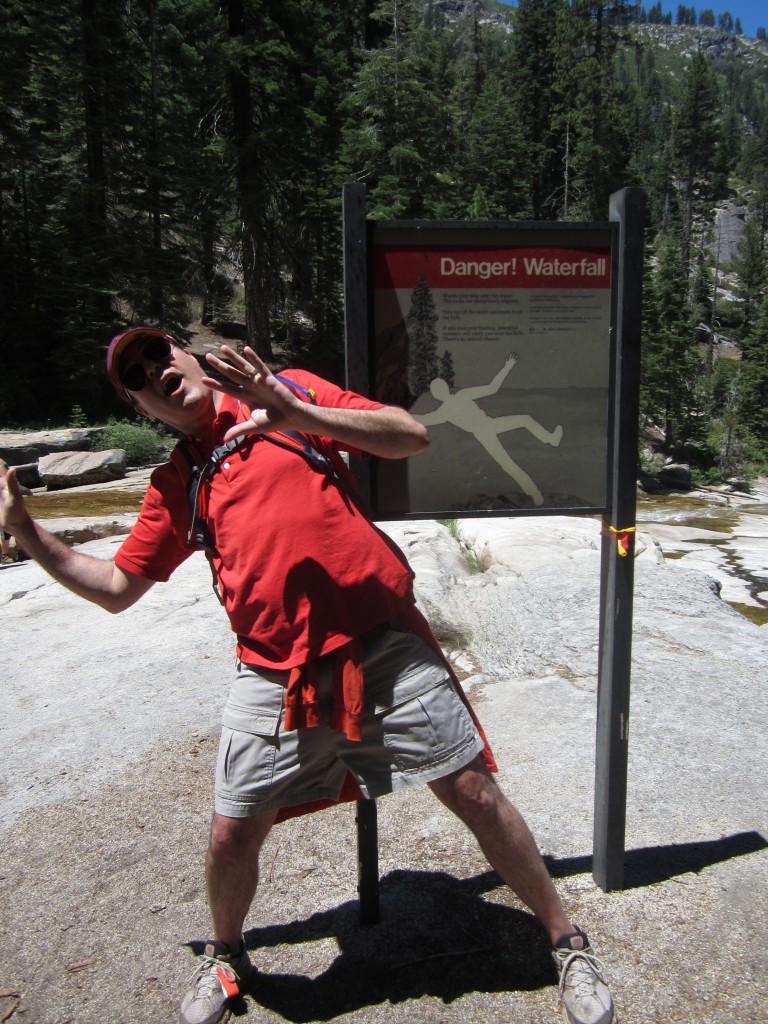 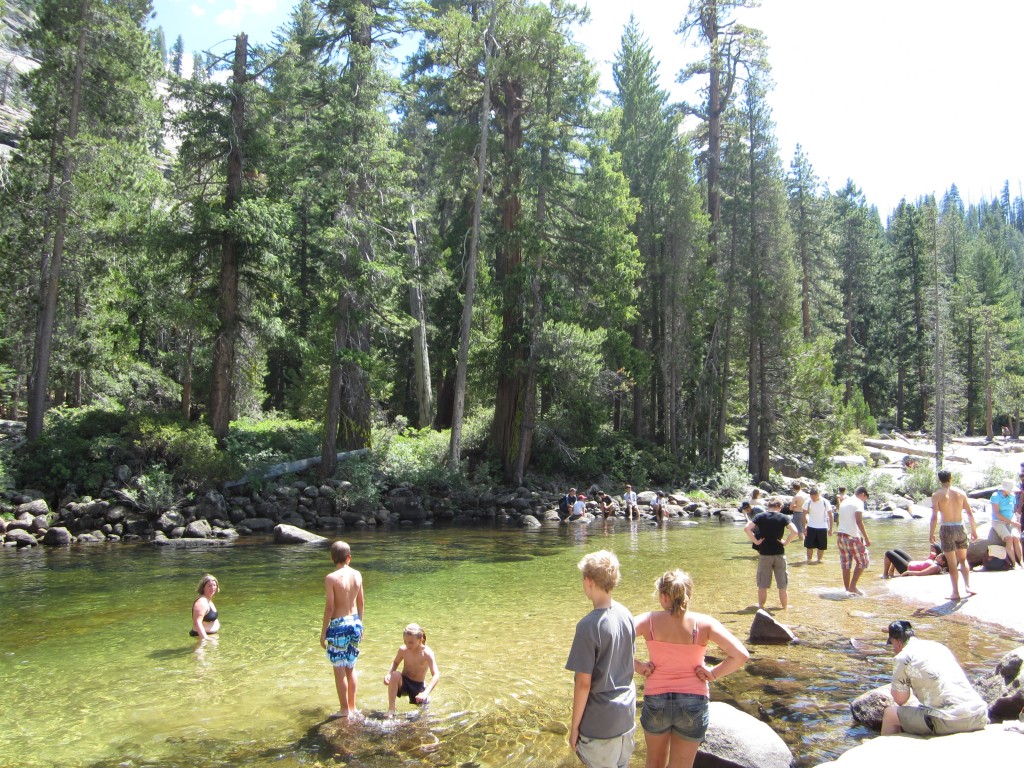 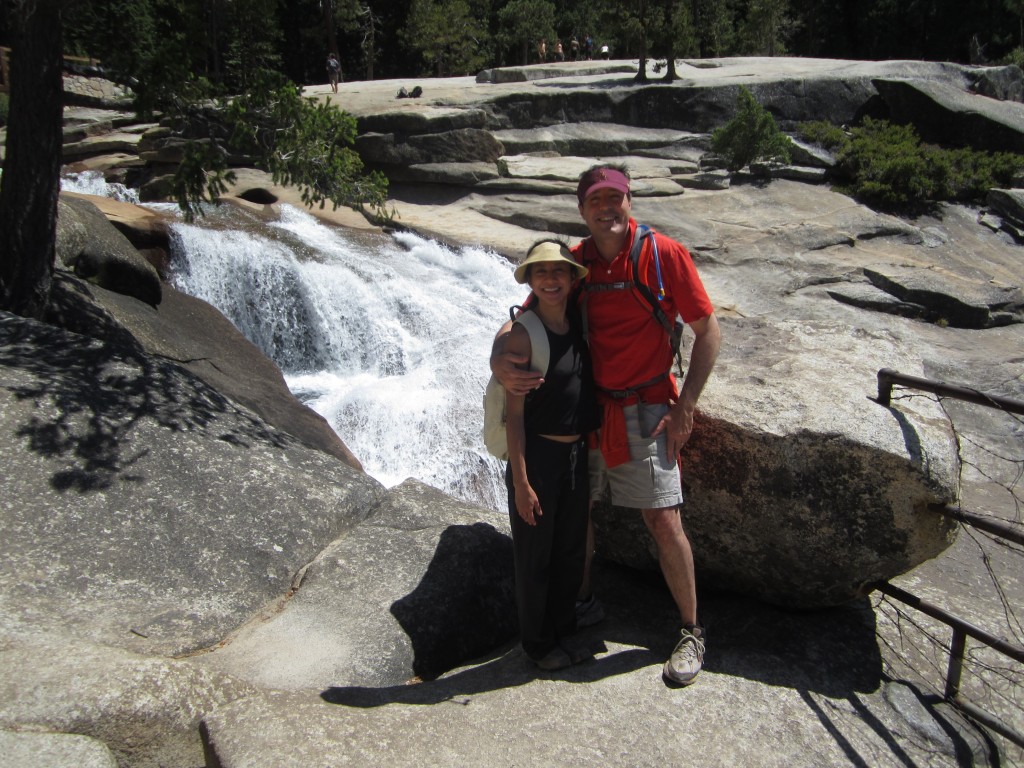 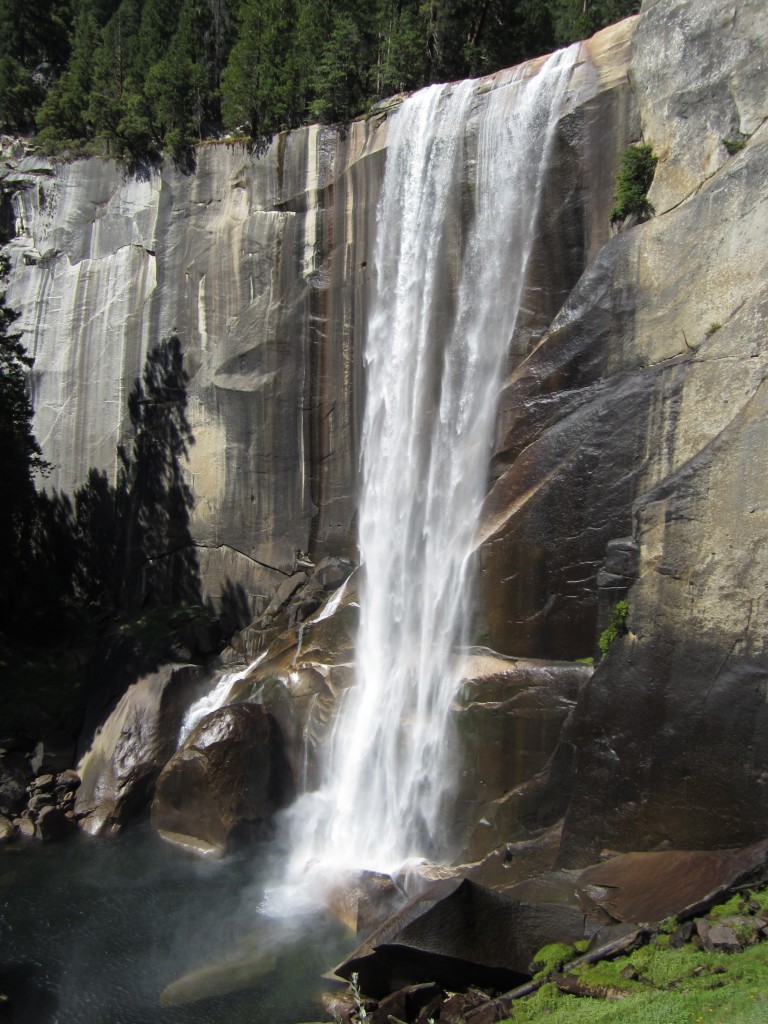