The mantra ‘Keep Austin Weird’ is deceiving because Austin is not weird to begin with.

I’ll admit, however, that ‘weird’ is a relative term. I don’t have a status quo definition of weird considering I graduated from Berzerkeley and I’m a Burner who spends my summers in a temporary city.

So what makes Austin weird? The music scene? Doubtful. Their liberal stance? Half the country is liberal. The diversity? There are less than a handful of gay bars in the whole city. Someone please enlighten me. I don’t get why Austin is weird.

Except for this random gorilla. He was funny. 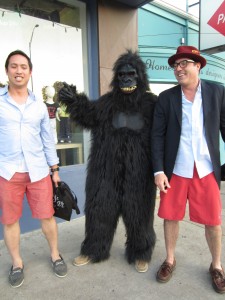 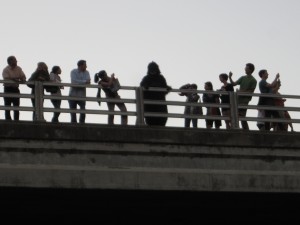 Maybe locals think Austin is weird because of their cutting edge food scene. I had no idea that Austin is the food truck capital of the world. Not sure if I’m mentioned this on my blog before, but I absolutely abhor food trucks. The food isn’t that great. If it were that great, it wouldn’t be a food truck, it’d be a certifiable sit-down restaurant where critics go to taste the cuisine. Food critics do not critique food trucks! Food truck prices are way over-priced, especially since your food is handed to you on a paper plate and you have no place to sit down.

Maybe locals think Austin is weird because they light their signs in neon. Woweee. I might as well go to Vegas. Or because people bike everywhere or grow beards. I’m still not sold.

I think Austin should change their mantra to something like ‘Keep Austin Bat-Shit Crazy.’ To me, the most unique thing about Austin are the millions of bats that dwell underneath Congress bridge. At dusk, the adult bats wake up and leave the bridge en masse to forage for insects to feed themselves and their babies. So cool! What other cities can claim such a wildlife treasure? 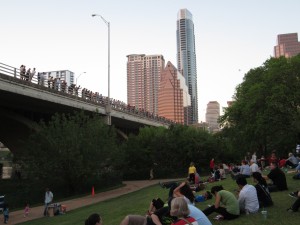 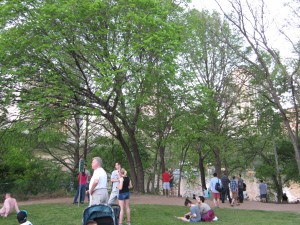