My blogging schedule including Money Mondays and Fashion Fridays has been rather undisciplined because…I was taking a mental vacation! Gimme a break.

Anyhow I’m back on track.

Sidenote: I’m watching the results from the Iowa Caucuses come in and I gotta say, I’m liking Ron Paul. Aside from his pro-life stance which I am adamantly against, I think he’s got a good plan laid out. I read a tweet about how Democrats need to stick together and unite to beat the Republicans. That’s exactly the type of brainwashed thinking I can’t stand. Voting Democrat just because you’re Democrat. Hello? Care to read what the candidates have to say about the issues? It’s the blind leading the blind mentality and say, voting for Obama simply because you’re a registered Democrat. I’ll vote for Obama if I think he’s the strongest candidate. If he’s not, I won’t! Use your brains, people! 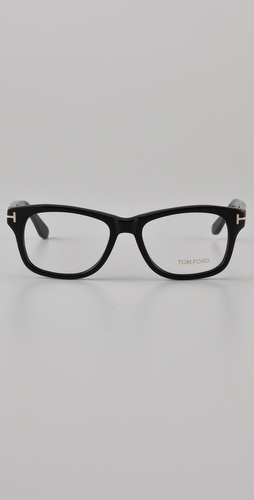 I wear glasses and I’ve had my heart set on these Tom Ford designer ones for a whopping $350 online. I tried them on at an optometrist office and there, they were retailing for $425! I set aside extra flex spend money to buy these, but then I went to Costco and I swear I found a pair that looks even better for $49.99. With my prescription lenses in, the total bill came to $82. So that’s my tip for today. Costco. Always buy Costco. They didn’t have just Kirkland brand, but tons of designer brands as well.