I read two books recently that came highly recommended by Amazon reviews and the staff at Green Apple. What’s more, one of the books won the Nobel Prize and the other won the Pulitzer. They were so bad, I want my money back. I feel deceived. There must be something wrong with me that I slogged through these books. 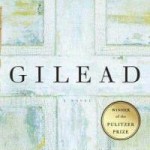 Gilead, Winner of the 2005 Pulitzer Prize, by Marilynne Robinson

Every night I read this book, I didn’t have to take my Ambien. Such a sleeper. It’s comprised of a dying minister’s last words (almost like journal entries) to his very young son. Total stream of consciousness. Pulitzer Prize-winning novels should not be 250 pages of stream of consciousness! Here is a paragraph from the middle of the book.

“Young Boughton came by to see if you felt like a game of catch. You did. He was sunburned from working in the garden. It gave him a healthy, honest look. He’s teaching you to throw overhand. He said he couldn’t stay for supper. You were disappointed, as I believe your mother was also.”

250 pages of this shit. I hope Green Apple buys it back from me. I don’t want it taking up precious space on my bookshelf. 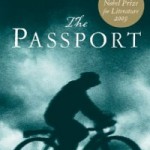 The Passport, Winner of the 2009 Nobel Prize for Literature, by Herta Muller

At least it was short. Less than 100 pages of metaphorical prose. It’s the depressing story of a working man trying to liberate himself from a sad life in a closed-off village. Here’s a snippet of what I had to endure to finish this book.

“Windisch hears the cuckoo’s call. It can smell the stuffed birds through the ceiling. The cuckoo is the only living bird in the house. Its cry breaks up time. The stuffed birds stink.”

I’ll tell you who’s cuckoo. The author’s cuckoo. Or I’m cuckoo for buying the book.