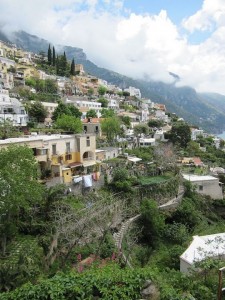 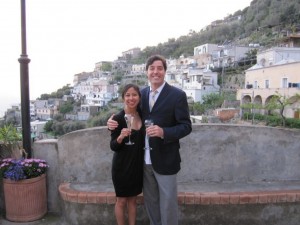 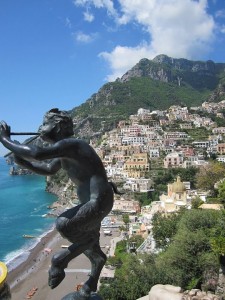 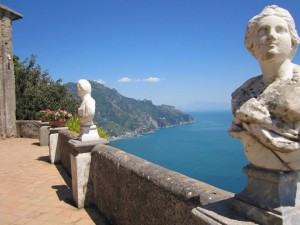 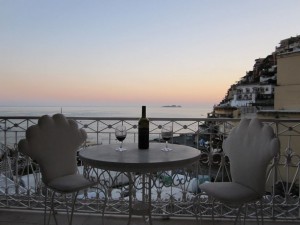 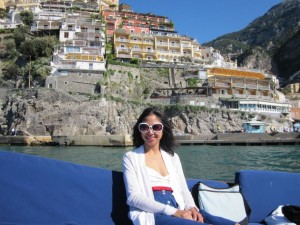 I have a bunch of international friends vacationing in Portugal right now. Since I can’t be there to party with them, I thought I’d reminisce on my honeymoon.

Last I wrote, we were slurping gelato all throughout the Italian country side. We ended our trip on the Amalfi Coast with four nights in beautiful Positano which I think was the best of all those coastal cities: Capri (too wild), Amalfi (too touristy), Ravello (too sleepy). Before I dig into the last leg of our vacation, I made a few observations in my journal about the trip to Italy in general.

No eggs for breakfast. During our two week trip, I did not see a single egg at the breakfast table. Nothing scrambled, nothing boiled. Nada. Italians really like their carbs because there was plenty of muesli, yogurt, biscuits, toast. Nibbles of cheese, sliced meats. I am big on eggs. BIG. I like them in my salad, sandwiches, but most importantly, I like them with breakfast. 2 eggs over-easy, corned beef hash, buttered wheat toast, and hot cocoa. That is my weekend breakfast. No substitutions. Eggs for breakfast must be an american thing. And bacon, I think that’s an american thing too.

PJP2. Pope John Paul II. Oh the Italians are fanatical about their beloved Polish pope. Did the people of Italy get the memo that there is a new pope in the Vatican? I find it ironic, and also touching, that Pope Johnny who was the first non-Italian pope elected since the 1500s has his portrait plastered on hotel and restaurant walls across the country. Sidenote: I saw the Pope waving in his pope-mobile when I was in the Philippines back in my teens. I wish I could find that picture I took of him.

No ‘Do Not Disturb’ signs. Maybe it’s because I’m environmentally-spooked, but I don’t mind using the same bedding or the same towels. We use the same towels every day at home, right? I wanted to tack a sign onto our door telling the cleaning people not to waste their time or earth’s resources. I even snagged a cleaning lady on our floor and gestured NO CLEAN ROOM. NO CLEAN. IT’S OK. SI? She nodded, aye si, no clean. Lo and behold, we came back to a stripped room with new bedding, new washcloths, new towels. Aye, yay, yay.

I’ve already talked about my disappointment with Italian wines and how they don’t have a single non-Italian wine in the whole boot country. And no spices either, Sheesh. Can an all-american girl get some Sriracha, Cholula, or Crystal sauce to spice up my meal? Damn, I need to sweat when I eat.

In Positano, we had a lovely ocean view room at the adorably sunny Villa La Tartana. I made sure to give them a stellar review on TripAdvisor.com. It wasn’t one of those $400/night places either; I swear it’s the best value in all Amalfi. It was so nice to wake-up to the waves crashing, have breakfast on our balcony, then end our day with a bottle of wine watching the sunset. That is all I really hoped for during my honeymoon and it’s exactly what I got at the end of the trip.

Plus I finally got the food that everyone raves about when they talk about Italy. The seafood was divine: scallops, seabass, shrimp, mussels, sardines. I don’t normally think in terms of calories or what’s healthy, but when I’m stuffed, I’m stuffed. I’m not trying to win any competitive eating awards. But there was no holding me back. Stomach distended on the verge of belly ache, I plowed through like a bear preparing for hibernation. I’m never going to eat like this again! Bring it!

My very worldly, totally in the know friend aka Fredly gave the best recommendation for a restaurant on the island of Capri. It was away from the main thoroughfare. The waitresses only spoke Italian. We were introduced to the owner/chef in the kitchen who was cooking our order. We sat outside in the garden smack in the middle of fruit and vegetable patches. And the food? TO-DIE-FOR. We got another order of seafood linguini; it was that good.

To sum up the fairy tale, Italy does not have the friendliest people. Italy does not have amazing attractions. You see one duomo, you’ve seen them all. And that includes the Vatican. The art? What art? I’ll match your David with our Thinker in front of the Legion of Honor.

But that coastline with the vertical cities and fresh off the boat seafood? Unbeatable!