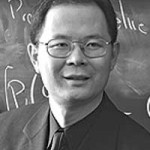 One of my goals before the end of the year is to read through the stack of magazines I have. I’m not talking about People or Us Weekly, but the academically-dense ones from Berkeley, Chicago, and even the magazines that Schwab sends on investing.

Here are some highlights from an article by my Behavioral Economics Professor Chris Hsee.

If you have a client who loves to eat out, tell her you’re taking her to the fanciest restaurant as far in advance as possible. A lot of happiness comes from anticipation. If your kid has to go to the dentist, let the child know in the car. The drilling is done before he knows it.

Cash may be economical, but it doesn’t create the most happiness. People are happiest with something they want but have no justification to buy. A good gift is one that the recipient can’t eat up, use up, give away, or throw away, at least for a while. Best to give a personalized lasting gift.