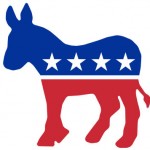 The democrats are reeling over Obama’s current tax proposal which extends Bush’s tax cuts over the next two years. The democrats wanted to extend the current tax rates to all but high earners. Does that make sense? Really, does that make sense to tax the rich and babysit the middle class? Who do you think contributes to schools, non-profits, and churches? It’s not people making minimum wage! We are not a socialist country. This type of thinking (i.e., the Robin Hood philosophy of taking from the rich and giving to the poor) is what really upsets me about politics and why I am not a democrat and will never be. Ever. Democrats are dumb!

If the current proposal passes which extends tax cuts to everyone (America is the land of equality, right?) then there will be more investment, greater spending, improved business prospects. Dumb donkeys are so used to pandering to the middle-class that they don’t think of the bigger picture. Get it? Better economy!