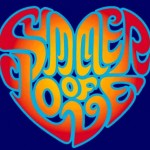 It ain’t summer even though it feels like summer. 70 degrees in November in San Francisco. Unbelievable. It makes me feel warm and fuzzy inside, which is probably why I’ve observed a shocking phenomenon to complement this strange sunny weather. The singletons are mating! Yes, that prolific species that eats, sleeps, and hunts all by its lonesome has finally found shelter in the arms of another.

Translation: my single friends are hooking up and it’s looking like ever lasting love!

Thank God for Facebook–my research laboratory. Specimen #1 is someone I used to date and a good friend. The man has ravenously taken advantage of his highly-eligible bachelor status to woo every hot woman in Northern California. There were always pictures of him in 7×7 or SF mag surrounded by a flutter of blondes. Well jiminy cricket, the guy has finally taken a huge leap. No he’s not engaged. He shares his profile pic with a tall hot Asian! If that doesn’t say impending matrimony, I don’t know what does.

Specimen #2 is a friend who has had more than his fair share of bad romances. “I got dumped today.” “Again?!” He probably deserves love more than anyone else I know because he wants it so badly and HE TRIES. Yes, he actually tries unlike many of the other singletons I know who bemoan their situation without doing anything to remedy it. The guy has been dating someone, which wouldn’t be so promising if it weren’t for the fact that this new love interest is an old friend of mine! They are destined to be together and I have very high hopes riding on this. So they better not fail me!

There are many more specimens that I can document, but I prefer to enjoy some of that sunshine while we still have it instead of being holed up in front of my laptop.