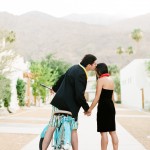 I watched this video on the NYTimes about a teenager who loved ballet and wanted to be a ballerina so passionately that she uprooted herself from Texas and moved solo to Moscow to train with Bolshoi instructors. Talk about culture shock, especially since the classes are taught in Russian.  I wondered, who are these wunderkinds who know early on their passion and hence exactly what they want to do in life.

I read that David Villa, the star striker for Spain in the World Cup, fractured his right leg as a kid.  But instead of sitting on the couch recovering and eating ice-cream like normal kids, he continued to practice soccer with his dad using his left leg.  So the guy is frigging ambidextrous!

I know that Conrado had a knack for languages when we were kids.  We were enthralled by the show Say it with Sign.  After a few shows it seemed like signing came natural to him.  It’s not surprising he went on to major in linguistics, mastering Spanish and French.  I think he knows a little bit of Tagalog, too.  Fucker.  I told him if ever I needed a partner for Amazing Race, he would be my only pick.

Most people aren’t naturally amazing just because they are.  It takes dedicated practice.  But that spark.  How do people get that spark?

I hyperlinked the video of the American at the Bolshoi above.  Here is the NYTimes article.