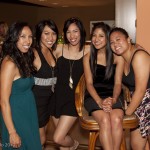 I care greatly for the city of Oakland.  My parents were married there.  I was born there.  For the sacrament of marriage, I had to obtain a copy of my baptismal certificate notarized by the catholic church.  I was baptized at St. Mary’s in Oakland which has closed, but all of the church’s records are now housed with the new Cathedral of Light.

I remember the sleepovers and parties at my friend Barbara’s home off of 35th Avenue near St. Lawrence O’Toole.  I volunteered every week at the Kaiser Oakland recovery room, wheeling patients down to the Emergency Room parking where their families were waiting in cars to drive them home.  When I wasn’t volunteering I spent time in Dermatology, getting teary-eyed because I had such severe acne.  My mom worked at World Savings in downtown Oakland.  When I’d visit her at work, she’d treat me to frozen yogurt.  Once a week, Therese and I would drive the Volvo into the Oakland hills for piano lessons with a strict Chinese woman who used a betting technique on her honor roll, Ivy League-bound Asian students.  “We bet one dolla for this piece. One dolla! You betta practice.  Aye!!”  This was on top of the hundreds of dollars my parents were paying her.  She taught the best of the best and I certainly was not one of them.

I live in the Bay Area and I write a blog about my life so I’ve been meaning to share my thoughts on the Mehserle trial.  Mehserle is the white BART cop who shot and killed Oscar Grant who is black after midnight on New Year’s Eve 2009.  The incident sparked riots and resulted in local businesses being damaged.  The fear by business owners after the verdict was to be announced was so great that they boarded up their windows and several of them posted signs aligning their support for Oscar Grant with his picture.

For obvious reasons, I don’t believe in rioting nor do I believe in protests.  I know several people–friends of mine–who are constantly protesting.  They believe in fighting for everyone’s rights.  They fight and they care because they are good people, yet they will always struggle.  Why?  If you think it, it is there!  If you believe there’s hatred in the world and you’re going to organize a rally in People’s Park, well then for God’s sake, you’re strumming up tension.  Shit.  Don’t you get it?

I stand by the jury’s verdict of involuntary manslaughter.  Would I have deliberated in the short amount of time that they did? Probably not, but for me personally, the decision would have been the same.  Acquittal?  The police office killed an unarmed person.  Uhhh, probably not. Voluntary manslaughter?  Mehserle intended to kill Grant. Call me crazy, but I have to believe that a lowly BART cop was not out to murder someone on New Year’s Eve.  It was a grave freak accident.

I have travelled extensively worldwide.  I was scared–in Bali of all places when I got lost walking from dinner at a restaurant back to my hotel.  It was late at night and several men in motorcycles circled around me, taunting me to come home with them. I’ve been scared in the Philippines.  The mosquitos are scary enough.  But never have I felt unsafe in Oakland.  I’m relieved there was minimal rioting in Oakland after the verdict was released.  The rioting, the protests, the violence–that’s just not the Oakland I know.

Here’s my favorite quote from Mother Teresa.  “I was once asked why I don’t participate in anti-war demonstrations. I said that I will never do that, but as soon as you have a pro-peace rally, I’ll be there.”