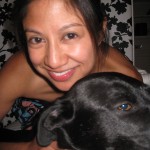 I’ve gotten into plenty of catfights.  I distanced myself from Marc a couple years ago because I was tired of him constantly flaking on me.  I treasure my friendships, the least friends can do is be present.  There were too many times I sat tapping my foot, steaming, “Did that mother fucker stand me up again?”  The speed dials straight into his voicemail infuriated me even more.  But you eventually get over it.  The friends with unpaid debts, the friend who hooked up with your ex…that’s shit you get over.

After doing enough marriage classes and retreats, you learn that there are some words or actions between a couple that are poison.  It’s harder to win back trust, if it’s even possible at all.

Words were exchanged between me and a close friend that, at the time, I considered unforgivable.  It was over a year ago at a party I was hosting.  This friend went up to another friend and said something inappropriate.  The exact comment is irrelevant; the point is it was inappropriate.  I made a point to tell her the next day.  Not wanting her to get defensive, I politely emailed, “Last night was fun.  By the way, you said something that was inappropriate.  If you can please just not do that again in front of my friends in the future.  Not a big deal.  I know you didn’t mean any harm.”

She lost it.  She was vicious and accused me of being crazy.  “I am sick of your outbursts…I’d love to tell you all the things YOUR friends bring up about you to me!  You are really rude to all of my friends and they have all mentioned it to me…You need medication!!!!!!”

Let’s dissect.  In all honesty, I really don’t give a fuck what she thinks.  I cared very deeply that she made an inappropriate comment to a friend of mine.

Here’s what rubs me raw.  She called my friend and started the conversation with how crazy I am.  He let her talk, then he told her straight up, “What you said was inappropriate.”  So she apologizes!  Then she sends him a follow-up email apologizing.  But did I get an apology?  HELL NO!  That’s what was unforgivable.

Back to the here and now.  I sent her this email prior to the wedding.

Hi, I know we haven’t spoken for a long time.  I just can’t imagine you not coming to my wedding so I’m hoping we can forget about our disagreement and move on.  What’s your exact address?  Need to send you the invitation.  Hope you are doing great.

Her response?  Her address.

My assessment?  Friendship not worth it.  At some point, you move on.  It just wasn’t made to last.