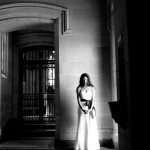 This is the mission statement of one of the churches I worship in.  “We the people of St. Agnes are an inclusive urban community, rich in diversity of age, ethnicity, gender, orientation, culture, talent and treasure; a faith community, enlivened and empowered through Baptism to celebrate and proclaim the presence of Christ among us.”

For those Catholics who do not believe in gay marriage or gay rights…you are not part of my community.  You are exclusive, hateful, and an embarrassment to Catholics who try to live as Jesus taught us.

This morning of Pride Weekend, the priest at St. Agnes read a speech from Tammy Baldwin, a member of the House of Representatives.

“Now, with open eyes, I am experiencing this march. I come to this city, this historic place, these steps. I’m 38 years old and I’m a Member of Congress. Why do I march? I march to challenge the naysayers, the cynics, and the keepers of the status quo. And I march for a promising, inspiring, and incredible new generation…so they might replace their fear with courage, their isolation with belonging, their anger with hope. And I can say with conviction: Never doubt that there is reason to be hopeful.

NEVER DOUBT that Congress will pass legislation that expands the definition of hate crimes.

NEVER DOUBT that the states will grant us equal rights, including all the rights afforded couples through marriage.

NEVER DOUBT that we will enact legislation ensuring non-discrimination in the workplace.

NEVER DOUBT that America will one day realize that her gay, bisexual, and transgendered sons and daughters want nothing more — and nothing less — than the rights accorded every other citizen.

And if you dream of a world in which you can walk down the street holding your partner’s hand, then hold her hand…and you will live in such a world.

If you dream of a world in which there are more openly gay elected officials, then run for office…and you will live in such a world.

And if you dream of a world in which you can take your partner to the office party, even if your office is the U.S. House of Representatives, then take her to the party. I do, and now I live in such a world.

Remember, there are two things that keep us oppressed…them and us. We are half of the equation. There will not be a magic day when we wake up and it’s now OK to express ourselves publicly. We make that day by doing things publicly…first in small numbers, then in greater numbers, until it’s simply the way things are and no one thinks twice.

NEVER DOUBT that we will create this world, because, my friends, we are fortunate to live in a democracy; and in a democracy, we decide what’s possible!”