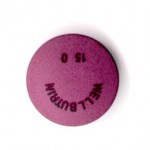 I couldn’t stand the feeling anymore after the second pill.  Woozy.  Three days was enough.  I called Kaiser.  They put me through to the advice nurse after eight impatient minutes.  “How can I help you?” She had a filipino accent.  I listed my symptoms.  Then I told her I had communicated with friends who were also on Wellbutrin and none of them took an afternoon dose.  Why did I have to take a pill in the morning and a second one in the afternoon?  “Your doctor must have thought it was right for you, did you talk to him about your concern?”

“I have never done this before so how would I have known what’s the right dosage for me.  I’m 85 pounds.  Why am I getting the same dosage as guys twice my size?” I was exasperated.

She responded, “You should have told the doctor your weight.”

“It depends.  When was the last time you were here and had your weight taken?”

“I would have never given you 300 milligrams.  I wouldn’t have even given you 150. Especially if this is the first time, I start on 100, even 75.  It’s ok to stop the afternoon pill.  How about you continue, then let me know if you want a lower dosage.  We can do that too.”

Unfortunately, I spoke to her after the second dose.