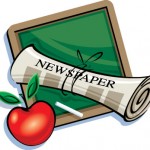 One of the things I inherited from my dad was his penchant for clipping out articles from magazines and newspapers.  He always had stacks of clippings on top of his desk, on top of books, scattered throughout his bookshelf.  Sometimes my parents would send me articles they thought would interest me.  I love that.  So I actually do the same.  I never hear back from people when I send articles, but I’m sure it must be nice to get something in the mail these days that’s not junk.

Today, I ripped out an article from the Economist and sent this letter along with it to Daniel.

Daniel, found this article interesting.  Thought it would interest you, too, given your thesis on recidivism.  How incarceration of black males impacts black females (more education, more likely to be single…).

It was an interesting article that talked about the negative repercussions of the high percentage of black males who are incarcerated…and mainly for petty crimes.  They, in turn, are taken out of the dating pool.  Most people tend to marry within their own race so that leaves even less men out of the dating pool for black women which means more black women are staying single.  More black women are staying in school longer and working harder to make up for the fact that black men have stopped playing a role in providing for their families.  I never thought about these societal aspects, but thought Daniel would be even more interested in it because he researched the problem.

How cool would it be if we spent more time thinking about the things that we read and who would be interested in it, mailing it to them, then having a dialogue about the issues.