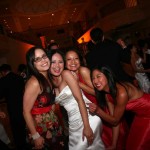 There’s a book titled ‘What Really Happened to the Class of ‘93’ which is interesting for two reasons.  1) I graduated from high school in 1993.  And 2) the author works out of the Grotto which is the collective workspace where I take writing classes.  I don’t know anything about the book except that it profiles students from a public high school in D.C. and touches on some themes of growing up during the dot com era.  I think it would be a great read…another book to add to the mix once the wedding is done.

I’m certain my class would have been fascinating to profile.  My high school was unique (and still is) because while it was private, it was also Catholic.  Catholic schools are cheaper than almost all non-religious private schools.  We took religion classes and had a school-wide mass once a month.  Each class had about 100 students for a total of 400 in the entire high school.  You kinda know everyone and yes, all those people seem to have found me on Facebook.  I think the most unique thing about my class was the diversity.  Almost equally split 25% black, white, asian, and latino.  One night, Daniel and I busted out a yearbook and put each classmate into one of the above ethnicities. When we started getting low on one ethnicity, we propped it up, “Lovita is half black, half filipino.  We need her in the black column.”  And when it was all said and done, it really was almost equally split.

We’ve had three reunions since we graduated.  A 5 year reunion at Jack London Square.  A 10 year reunion at the Claremont.  And a 15 year reunion at Sip Bar in San Francisco which is owned by a classmate from the Class of ’94.  My big takeaway? Even if there were some people who gained weight, everyone looked really good, but also everyone turned out perfectly fine.  No major celebrities, although someone pitches for the Red Sox.  No drug addicts.  No halfway-hookers.  There are many teachers, several nurses, several professionals, several stay-at-home moms.  Most everyone is family-oriented, kind-hearted.

Back in high school, I thought so many of my classmates were losers, mainly because they were using me.  A lot of people sniffed out my homework and copied my algebra problem sets.  A friend of mine asked to take a look at my history essay and copied it word-for-word!  When the teacher called us up to his podium, he asked her suspiciously, “Consuelo, do you agree with someone so much that you copied another essay?”  I rolled my eyes.  What a retard.  To my surprise, she went on to become a nurse.  I guess any dumb-ass can pass the nursing boards.  Also, one of the guys who consistently copied my algebra homework went on to become a lawyer.  Unbelievable.

Seeing what’s become of everyone makes me think, everything seems to work out A-ok.  It doesn’t matter if you didn’t work hard early on, you can apply yourself later as an adult and turn your life around.  I’ve got examples from the Class of ’93 to prove it.