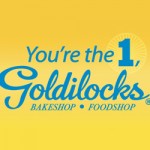 I have read a couple articles about an alum, Maggie Anderson, from the University of Chicago who together with her husband embarked on a year living their lives by only supporting black-owned businesses.  The idea was spawned on the night that they celebrated their five-year wedding anniversary at one of the nicest restaurants in Chicago.  The bill came for over $500 and they realized that they were part of the problem, that their money could be going toward supporting their own.

The first time I read about them, I scoffed.  Let’s be real.  I sure as hell could not live a year eating at Goldilocks (a higher-end Filipino fast food chain) or shuttling myself to Daly City (a San Francisco suburban city known for its high concentration of Filipinos) for toiletries and clothes.

Despite my initial dismissal, the concept is clearly a fascinating one.  So fascinating that a book proposal is being shopped around to be co-authored by a Pulitzer-prize winning reporter.  Also, Maggie is currently on the lecture circuit.  The wife Maggie who has a JD and MBA from Chicago and her husband who has a BA from Harvard and MBA from Kellogg are highly-educated. I make that point because they probably sliced and diced this concept every which way possible.  In fact, they’re talking about everything: the good, the bad, and the ugly.  Businesses not being open when they should have been open.  Bad customer service. You name it.  Their joy after finishing the year and finally being able to shop at a non-black-owned business.  The severe negative backlash from the public (“It’s racist to support only certain ethnic-owned businesses.”).  As a result, a PR firm offered to represent them pro bono.

While it is not something I can personally carry out for a year, it’s something to constantly think about.  You and I have a lot of buying power as smart, educated consumers.  I certainly cannot always support Filipino-owned businesses, but what can I do to support my people whether it’s through my spending habits or charity or mentoring?  Just a thought.