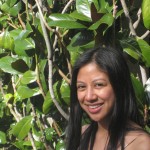 Well the top of the house numbers did not work out as I had anticipated.  My CPA did not deliver the quintuple digit refund I was expecting.  After working so hard, I wonder when this will ever end.  I mean, isn’t it a drag going into work day in and day out?  I watch people peeling off into retirement in their sixties.  Really?  Another thirty years of this?  My home will turn me a profit if I sell it, but that can maybe buy me a brand new Lexus.

Then there are kids and private school and braces.  Shit!

A friend of mine said her parents couldn’t afford to retire in the U.S. so they went back to Mexico.  Habla ingles?  Where do I sign up?

Another friend of mine started up his own company.  He paid himself a nice salary, expensed everything to the company.  All was good in his world until a new CEO took over and dropped his salary back down to a very low six figures.  Now he goes dutch on dates, which he admits.  “Look, unless we’re going to Sizzler’s, I can’t afford it.”

What’s it going to take?  Real estate?  No.  Entrepreneurship?  No.  Cutting coupons? Hell no.