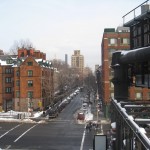 When I was in NYC, I met up with a friend from college.  I hadn’t seen her since I graduated in 1997.  She had grown out her hair and said she would donate it to cancer patients.  Inspired by her good deed, I looked into doing the same after my wedding.

My hair has never been this long.  I’m not used to it.  I don’t even like it.  My plan has always been to chop it off very soon after the wedding.  How liberating!  I also think it’s so chic and fashionable to change up your look.  Don’t people get bored with the same old cut and style?  Anyhow, if I’m going to cut it anyway, what a great idea to give it to someone in need.

The charity that accepts hair is called Locks of Love.  Hair that’s at least 10 inches long gets donated to financially-strapped cancer kids.  I’m hot on this idea when my coworker says, “You know you can sell your hair.”

She didn’t know specifics, but had heard about it through a friend.  I got online, did some sleuthing, and discovered a site where people can buy and sell hair.  It’s called the Hair Trader—as seen on MSNBC, CNN, and ABC.  I am all for it.  What a great way to make money and help offset the expense of my wedding!

Now I’m sure many of you are frowning at me right now, but keep in mind that I donate regularly to causes that are important to me.  Annually I donate over 1% of my gross income to non-profits.  I don’t think that’s enough and I wish I could do more, but I’m pretty sure that’s more than most people.