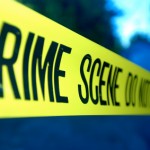 There were cops, ambulances, and fire engines roaring around our hood tonight.  It’s not uncommon.

We are sandwiched in the center of the city–blocks away from Union Square, the penthouses atop Nob Hill, and the slums of the Tenderloin.  There is a stunning 1 bedroom on Geary nearby which is toward the Tenderloin side.  It’s completely remodeled with garage parking and an adorable patio common area.  The description says, “Contact us soon.  This property will go quickly.”  I wasn’t surprised.  I want to buy it!  But I’ve been watching it and it’s still on the market, several months later.  I guess the neighborhood is just not worth it.

After grabbing dinner at Pearl’s Deluxe Burgers down the street, we walked through the alley on our block and two police officers said, “If you can please walk over here on the sidewalk.  You’re passing through a crime scene.”

We asked what happened.  Apparently, a homeless man was sleeping in the alley and someone threw a burning piece of paper or cloth onto him.  He’s in the hospital with second degree burns.  The police are investigating, but really have no leads.  They insisted that we call if ever we see anything suspicious.  But I don’t even know what’s considered suspicious anymore.  How about the times when there are people shooting up heroin when I got to my car?  Is that suspicious or normal since I see it every other week.

Once I was walking to my car and a homeless man walked toward me without me realizing it.  The valet yelled, “Hey!  Get away from here!!  Get out!!”  The homeless man went away.  But I’m so grateful there was a valet there to watch out for me.  He even made sure I got in the car before he let me out of his sight.

I’m the last person to be scared of a bad neighborhood.  But it’s really sad that the one place I feel unsafe in the world is my own backyard.  I definitely need a vacation.