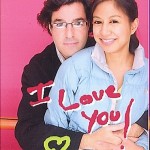 It’s that time of the year when you get hit up for donations. In a stack of mail, something came from my business school. I quickly glanced at it, about to toss it, when I saw my name in bold. Nice touch, GSB.

2008 The school was named in honor of David G. Booth for his $300 million gift, which Booth described as a “partnership distribution” based on the long-term contribution to his life’s success by his alma mater